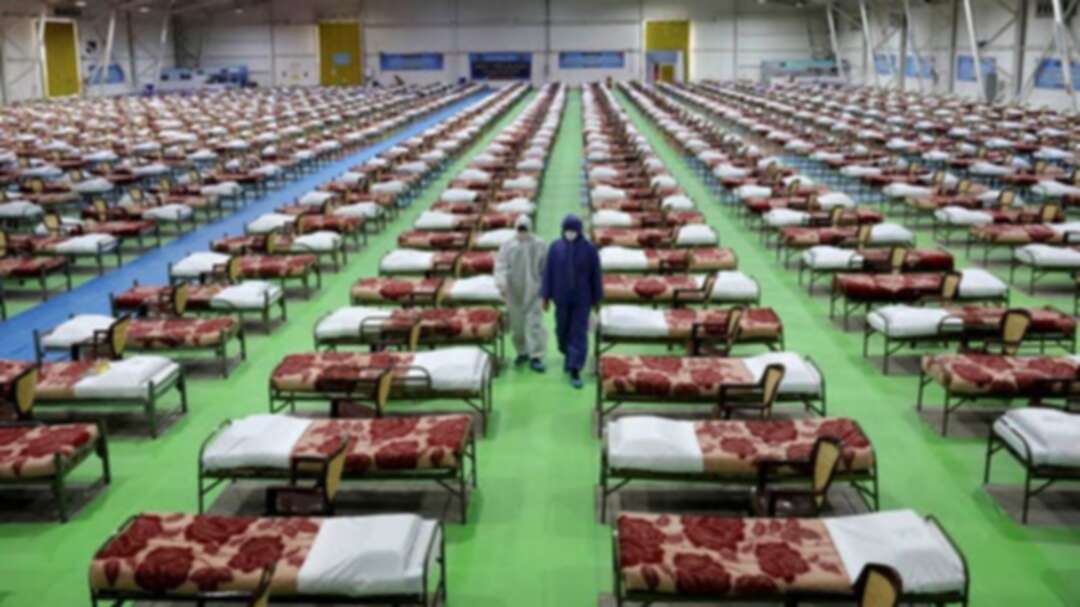 People in protective clothing walk past rows of beds at a temporary 2,000-bed hospital for COVID-19 coronavirus patients set up by the Iranian army at the international exhibition center in northern Tehran, Iran. (AP/Ebrahim Noroozi)

Iran and several of its allies have called on the UN Secretary-General Antonio Guterres to push for waiving US sanctions against them amid the coronavirus pandemic. US to waive sanctions

The US sanctions “hinder efforts of countries in an effective fight against the coronavirus disease,” according to the letter, official Iranian news outlet IRNA said.

Iranian President Hassan Rouhani praised Wednesday a campaign calling for US sanctions against the Islamic Republic to be lifted amid the coronavirus pandemic, saying that the foreign ministry was the entity that launched it.

The campaign was launched by the Washington-based NGO National Iranian American Council (NIAC) and a group of Iranian Americans – but Rouhani credited his foreign minister Mohammad Javad Zarif.

Iranian Americans opposing the Islamic Republic responded by pointing out that sanctions against the regime do not target the import of humanitarian aid into Iran, and that sanctions relief will only strengthen the regime, rather than help ordinary Iranians. US to waive sanctions

As of Saturday, 2,517 in Iran have died from coronavirus, and there are 35,408 confirmed cases. levant