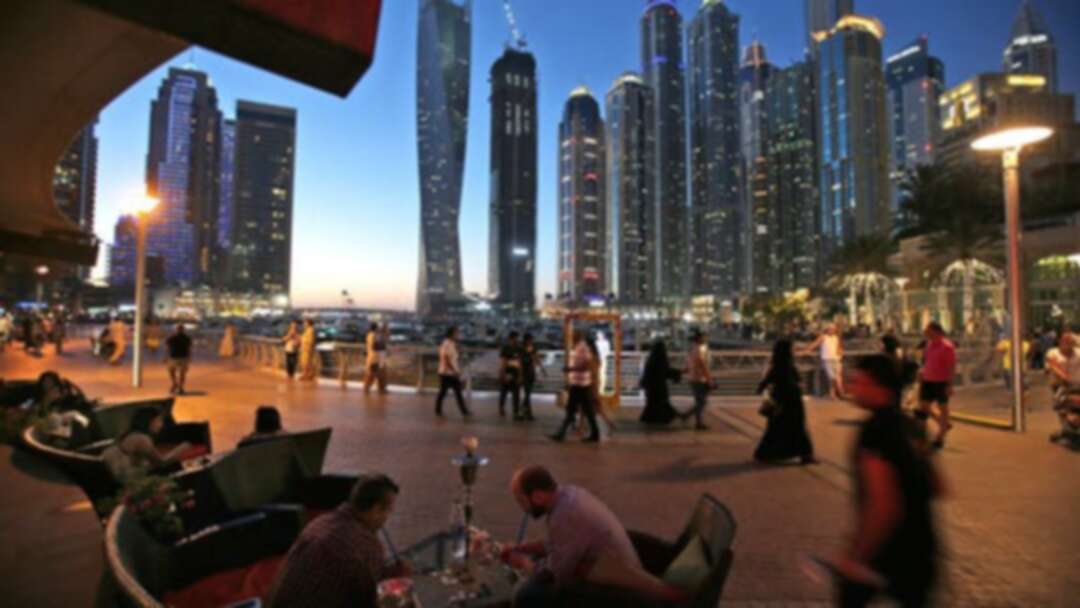 Two men play backgammon while smoking a shisha water pipe at a restaurant overlooking the canal and the Dubai Marina neighborhood in Dubai on May 1, 2015. (AP)

Dubai has suspended live entertainment permits for hotels and restaurants amid a surge in COVID-19 cases, according to an official circular issued by Dubai Tourism.

Authorities have also issued more than 200 violations and shut down 20 businesses for “non-compliance with guidelines,” according to the Dubai Media Office.

The situation will be reassessed by health authorities and changes will be announced accordingly.

Dubai health authorities earlier issued a notice to suspend non-essential surgery for one month but could extend the suspension for a longer period.

The daily number of infections in the United Arab Emirates, which includes Dubai, crossed the 3,000 threshold on January 12 and has continued to climb, hitting 3,506 on Wednesday.

It is the highest in the Gulf Arab region where daily cases in each of the other five states have fallen below 500.

Visitors have flocked to Dubai, an international travel hub that is gearing up to host the Expo 2020 world fair in October, as other countries imposed new lockdowns.

The UAE has lifted most coronavirus restrictions but mask-wearing in public and social distancing are still required.

Britain this month removed the UAE from its travel corridors list due to the spike in infections.

The Gulf state has ramped up its immunization campaign with the aim of vaccinating more than 50 percent of its roughly 9 million population, a majority of whom are expatriates, before the end of March.

It has approved the vaccine developed by Sinopharm's China National Pharmaceutical Group and made it available to the general public. Dubai is inoculating people with the vaccine produced by Pfizer and Biotic.