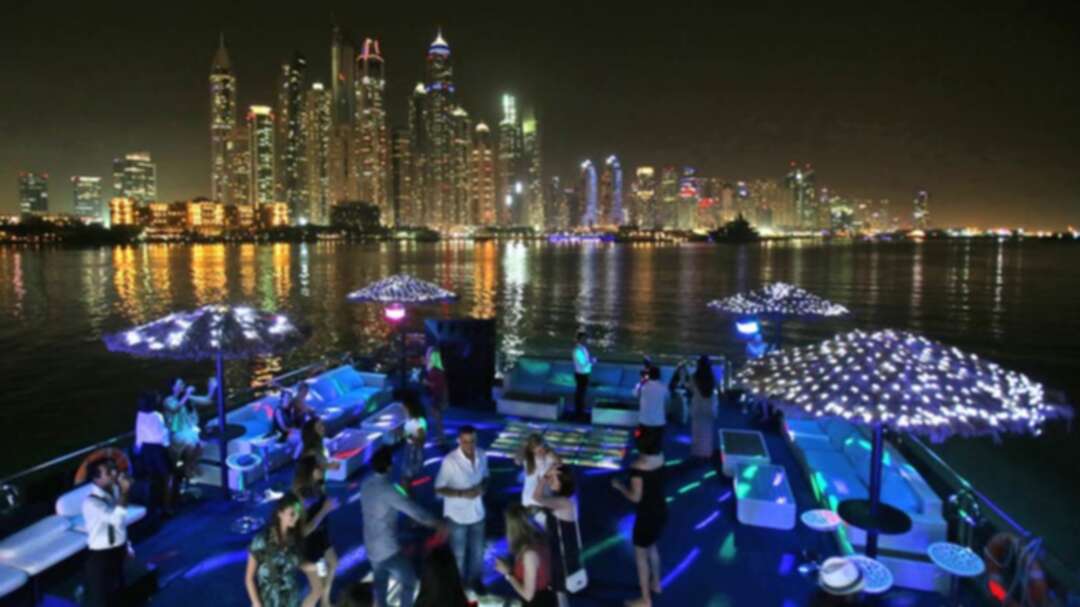 A private party opposite the skyline of the Marina Waterfront in Dubai, United Arab Emirates. (File photo AP)

Residents of Dubai have been asked by officials to avoid holding parties and weddings at home from Monday, March 16, until the end of the month, to combat the spread of the deadly coronavirus, according to a Tweet from the Government of Dubai’s official media account. Dubai

The announcement was the latest in a series of measures the emirate has taken to prevent the virus from spreading. Earlier on Monday it was announced that all hotel bars, pubs, lounges, swimming pools, beaches were due to close. On Sunday, all fitness and bodybuilding gyms, electronic gaming centers, and spring camps were suspended, and on Saturday, all theme parks, cinemas, night clubs, concerts were also suspended.

UAE authorities have been putting measures in place to combat the spread of the deadly coronavirus. On Saturday, it was announced that the country would suspend visa issuance, and stop flights to Lebanon, Iraq, Turkey, and Syria. Dubai

Earlier on Saturday, Abu Dhabi announced that it would closing tourist attractions, the Louvre Museum, and theme parks to combat the spread of the coronavirus. Cinemas have also closed in Abu Dhabi. levant

The UAE has currently reported 98 cases of coronavirus in the country, with 23 recoveries. levant

Coronavirus: Armenia declares state of emergency US will act in ‘self-defense’ if attacked in Iraq – Pompeo