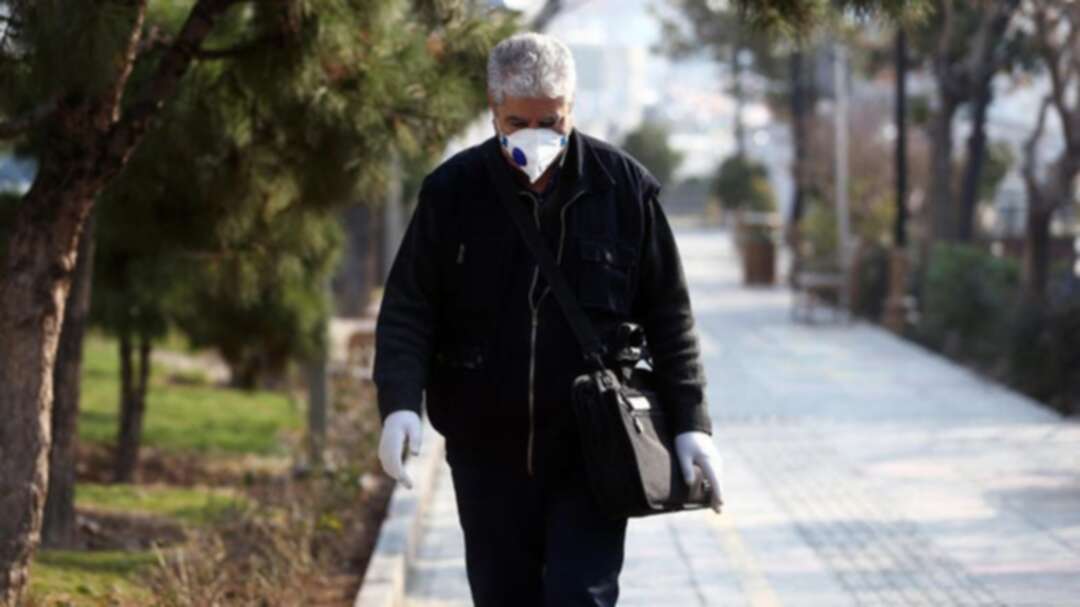 An Iranian man wears a protective mask to prevent contracting coronavirus, as he walks on a street in Tehran, Iran. (File photo Reuters)

Up to 3.5 million Iranians could die from coronavirus if “people do not cooperate,” a medical doctor warned Tuesday on state TV. Iranians

Afrouz Eslami, who is an IRIB reporter as well as a medical doctor, presented three scenarios as to what could happen in Iran due to coronavirus. Her presentation was based on a study by Tehran's prestigious Sharif University of Technology.

In the first scenario, she assumed people would fully cooperate with authorities, leading to minimal casualties which she estimated to be 120,000 coronavirus cases and 12,000 deaths.

In the second scenario, Eslami assumed people are not as cooperative as in the first scenario, in which case there will be 300,000 infections and 110,000 deaths.

In the last scenario, she assumed people do not cooperate at all, which will lead to four million cases and 3.5 million deaths. Iranians

Eslami did not elaborate what criteria this study was based on.

Her remarks came after angry crowds gathered in front of the Fatima Masumeh shrine in Qom and the Imam Reza shrine in Mashhad to protest the closure of the two Shia holy shrines.

As of Wednesday, 1,135 in Iran have died from coronavirus and there are 17,361 confirmed cases. levant