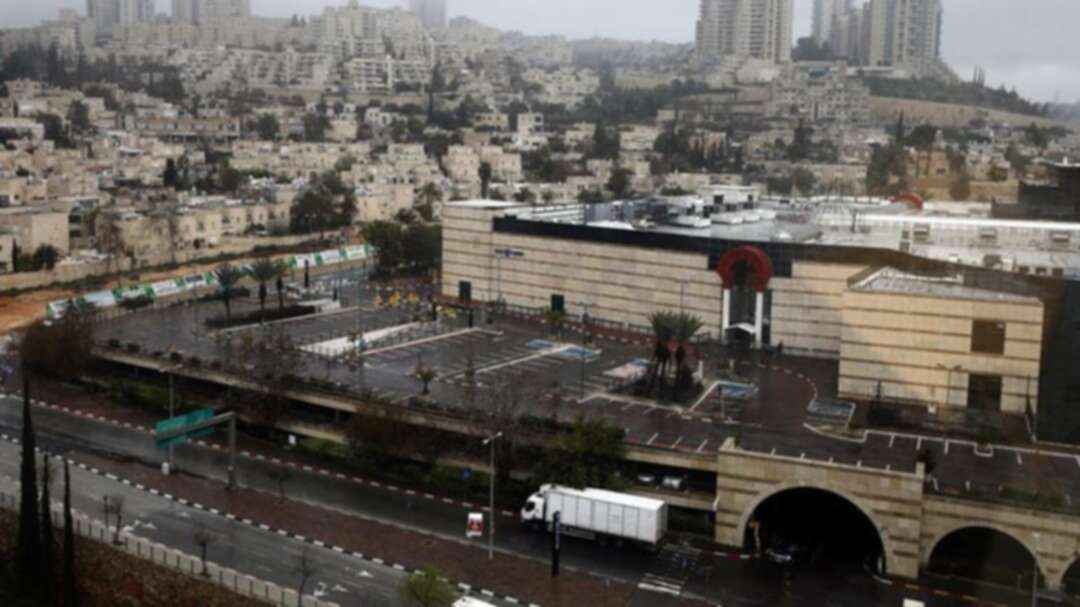 A general view shows the empty parking lot of a mall in Jerusalem March 17, 2020. (Reuters)

Confirmed coronavirus cases in Israel have jumped by 40 percent to 427 in the past 24 hours, the Health Ministry said on Wednesday, predicting a steeper rise as mass-testing is implemented.

Having urged Israelis to stay home and approved cyber-monitoring of their movements to reduce infection risks, Prime Minister Benjamin Netanyahu said at least 3,000 coronavirus tests would be conducted daily, including at new drive-through stations.

“We will reach a situation in which there are many hundreds of new patients each day, and possibly more,” Moshe Bar Siman-Tov, director-general of the Health Ministry, told Israel’s Army Radio.

Up from the 304 confirmed cases reported on Tuesday morning, five of the 427 patients were in a critical condition, the ministry said.

There have been no reports of coronavirus fatalities in Israel or the Palestinian territories.

On Thursday, Israel announced that it would deploy its internal security service to target coronavirus.

Nadav Argaman, the head of Israel's shadowy Shin Bet internal security service, said that the agency had approval from the government to use counter-terrorism measures to try and halt the spread of coronavirus.

According to The Associated Press, Argaman vowed there would be stringent oversight to maintain individual privacy and that operatives would only use their findings to warn those that may be exposed to the virus - rather than enforcing any government-mandated quarantine.

“The other state bodies don't have the necessary technological means to aid this effort,” Argaman said in a statement. “I am well aware of the sensitivity of this matter and therefore have instructed that only a very limited number of agents will be handling this and the information will not be saved in the Shin Bet database.”

The move was announced by Prime Minister Benjamin Netanyahu as part of a series of sweeping measures to step the outbreak and immediately raised concerns from civil-liberties advocates that the practice would raise serious privacy issues.

An Israeli research institute is one of the forerunners in the race to develop a vaccine for the coronavirus, according to Israeli media.

The Israeli website Grapevine reported that the Migal Research Institute, based in northern Israel, held a press conference on Thursday, February 28, in which they claimed to have developed a vaccine.

However, the claims have not been picked up by the international scientific community, which continues to state there is no vaccine for COVID-19.

Last month, the orld Health Organization's director-general said that more than 20 potential vaccines aimed at preventing coronavirus disease were in development around the world. Doctors have been trying a combination of HIV and flu drugs.

Potentials include the vaccine remdesivir from an American biotech firm Gilead. "There is only one drug right now that we think may have real efficacy and that's remdesivir," said Bruce Aylward, a WHO assistant director-general, at a press conference in Beijing last month.

Most recently, French pharmaceutical firm Sanofi said it is ready to provide authorities with millions of doses of anti-malarial medication it said could potentially treat up to 300,000 people after tests on coronavirus-infected patients proved “promising