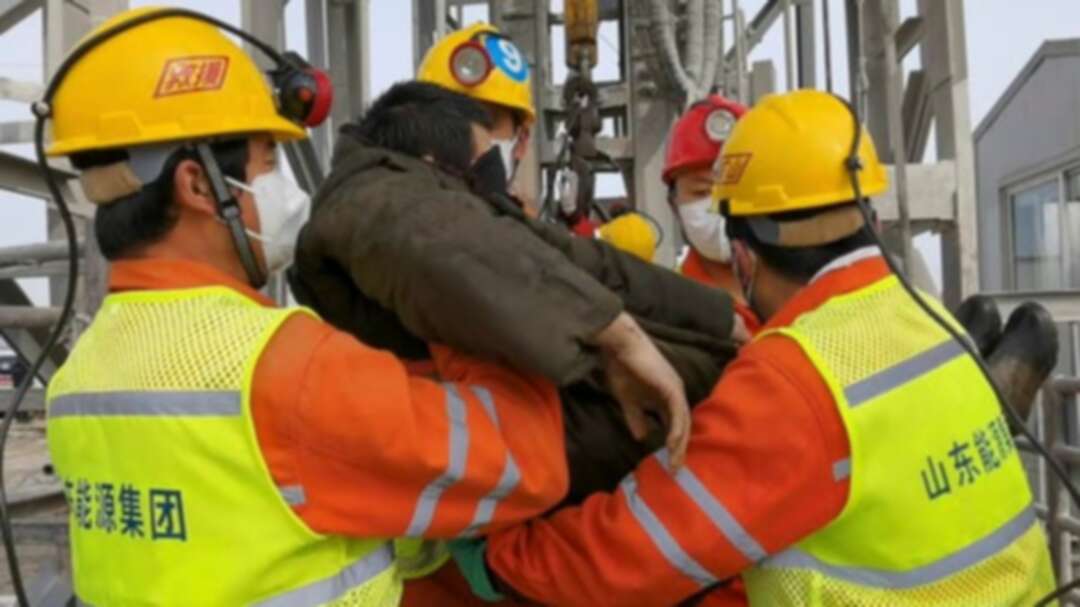 Rescuers carry a miner who was trapped in a gold mine in Qixia City in east China's Shandong Province on Jan. 24, 2021. (AP)

Nine more Chinese miners trapped underground for over two weeks have been confirmed dead, local government officials said Monday, leaving one unaccounted for after a blast at the site.

A group of 22 were trapped hundreds of meters underground by an explosion at the Hushan mine in eastern Shandong province on January 10, with some relying on food and medicine delivered through long shafts drilled by rescue teams.

Eleven survivors were finally brought to the surface on Sunday in a major breakthrough for a rescue operation that has captivated the nation.

“From Sunday afternoon to this afternoon, rescue workers have not stopped searching, and found a further nine trapped miners who unfortunately all died,” the mayor of Yantai city, Chen Fei, said at a briefing Monday. 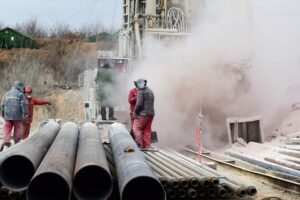 This photo taken on January 20, 2021 shows members of a rescue team working at the site of a gold mine explosion where 22 miners are trapped underground in Qixia, in eastern China's Shandong province. (AFP)

“Along with one miner who died on Thursday, the bodies of the nine deceased miners were all lifted out of the mine.”

Rescue teams will not stop searching until the last remaining miner is found, Chen said, adding that high underground water levels in a section of the mine had complicated rescue operations.

The initial explosion occurred in the mine’s ventilator shaft, causing a blockage that damaged the cable car.

Chen said that all nine miners had been killed by the impact of a secondary explosion in the mine on January 10 as they were trying to escape, judging from their positions.

Rescue operations sped up dramatically on Sunday as a blockage in the ventilator shaft was cleared.

Contact was first established a week ago with a group of 11 miners trapped in a section of the mine around 580 meters (1,900 feet) below the surface.

One of them was seriously injured in the initial explosion and died after falling into a coma.

Another miner was found alive by rescuers as they attempted to reach the group.