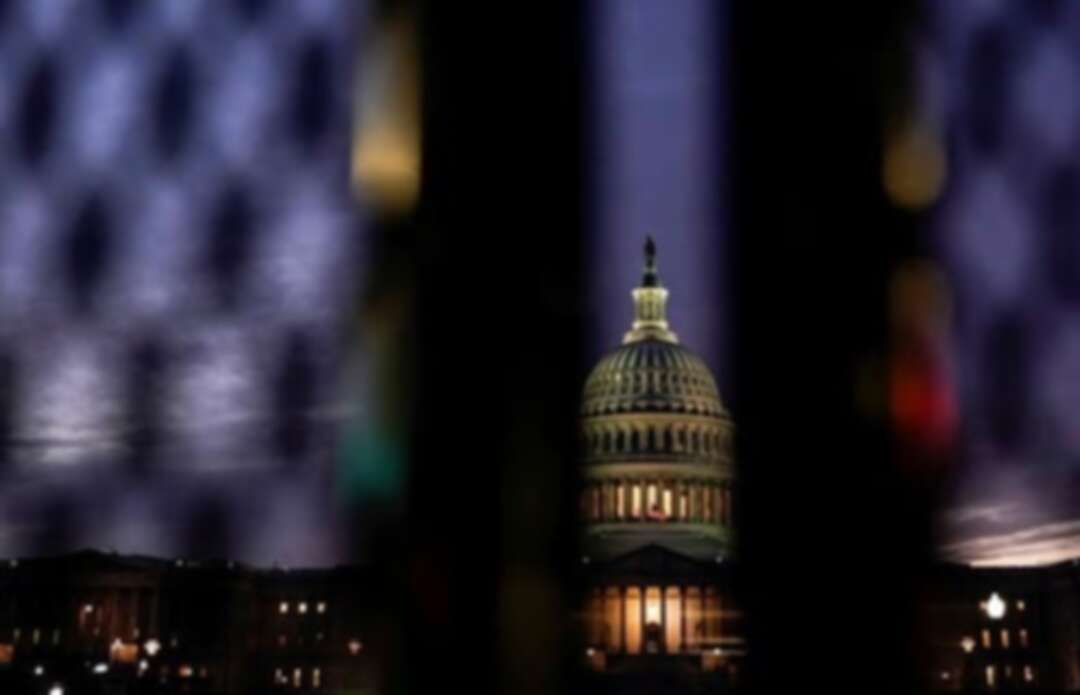 The U.S. Capitol is seen behind a security fence as Democratic lawmakers draw up an article of impeachment against U.S. President Donald Trump in Washington, US. (Reuters)

The nine Democratic lawmakers who will prosecute ex-President Donald Trump in his impeachment trial reflect America’s racial, ethnic and sexual diversity, in stark contrast to the white nationalist imagery that marked the mob of Trump supporters who stormed the Capitol.

Trump urged his followers to “fight” to overturn his election loss to President Joe Biden in a fiery speech on January 6. Hundreds - some carrying or wearing racist and anti-Semitic symbols - then attacked Congress in a siege that left five dead and drove lawmakers into hiding.

A week later, the Democratic-led House of Representatives impeached Trump on a charge of inciting insurrection.

The nine House lawmakers who will argue for Trump’s conviction, known formally as impeachment managers, represent an increasingly diverse America that some experts say stands as the antithesis to the white nationalism that drove the attack - a concern Biden called out in his inauguration speech.

Speaking from a podium in front of the Capitol, Biden denounced “a rise in political extremism, white supremacy, domestic terrorism that we must confront and we will defeat.” 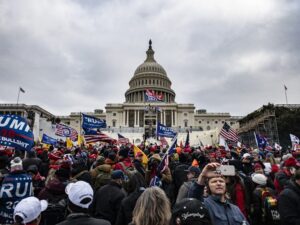 House Speaker Nancy Pelosi chose the nine for their expertise, which includes backgrounds in criminal prosecution and defense, constitutional law, and federal and state legislation.

Among the nine, Stacey Plaskett and Joe Neguse are Black, Joaquin Castro is Latino, Ted Lieu is Asian and David Cicilline is openly gay. Cicilline is also Jewish, as is lead manager Jamie Raskin.

“It’s a group of members of Congress who really reflect the face of the country,” said Castro. He said he has spent the past two years “taking on Donald Trump and his administration as they demonized immigrants and brown-skinned people in our country.

“To do nothing would be to encourage the next president who wants to take advantage of similar sentiments,” the Texas Democrat said. ‘Pernicious strain’

Their job will be to prove to the 100 members of the Senate that Trump should be convicted and prevented from holding office again after provoking a violent mob who included far-right militia members and others who waved Confederate flags or wore clothing bearing white supremacist insignia and slogans. One rioter wore a sweatshirt emblazoned with “Camp Auschwitz.” 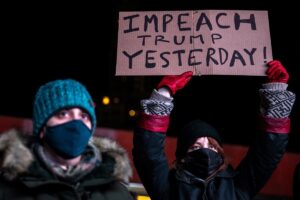 A woman wearing a protective mask holds a sign during the Get him out! defend democracy rally, a day after supporters of U.S. President Donald Trump stormed the Capitol, in the Brooklyn borough of New York City, New York, U.S., January 7, 2021. (Reuters)

“We have a team of managers who can talk about the pernicious strain of white nationalism that the president has always encouraged, and at times, praised,” said Democratic Representative Adam Schiff, who led the prosecution at Trump’s first impeachment trial a year ago.

Members of the team said the concerns driving the case should matter to Americans of all backgrounds.

Raskin said the backgrounds of the managers or the beliefs of the rioters are not key to the trial.

“These crimes against the Republic would be crimes regardless of the ideology and the flags being carried,” the Maryland Democrat said.

“The mob was chanting, ‘Hang Mike Pence, Hang Mike Pence!’ and calling him a traitor. Mike Pence is not African-American, or a member of any other racial or ethnic minority group, at least to my knowledge,” he said of the former vice president.

Plaskett, a former Bronx prosecutor, said in an interview she plans to employ an unique skill acquired while working at the Justice Department under Republican former President George W. Bush.

“I can actually speak Republican fluently,” said Plaskett, who represents the US Virgin Islands and describes herself as a moderate Democrat. “I’m going to be calling on that.”

The other managers are Diana DeGette of Colorado, Eric Swalwell of California, and Madeleine Dean of Pennsylvania.

To convict Trump, the managers will need to persuade 17 Senate Republicans of his guilt.

Republican Senate Minority Leader Mitch McConnell has said that the rioters were “fed lies” and “provoked by the president and other powerful people.”

But other Republicans criticize the House impeachment as being rushed, saying it would be unconstitutional to put Trump on trial now that he is out of office, and that the focus should be on the rioters themselves.

“The argument that the election was stolen was overdone and got people ginned up. I think he’s responsible for that. But people’s decision to come here and take over the place? That lies with them,” said Republican Senator Lindsey Graham, one of Trump’s staunchest allies in Congress.

Elaine Kamarck, a senior fellow at the Brookings Institution, said the contrast between Trump’s supporters and the House managers presents Senate Republicans with a symbolic choice between today’s America and a vision of the past that their party has often held up as an ideal.

“An awful lot of this was about what is happening to the demographics of the country. All of the managers are Americans, duly elected by other Americans,” Kamarck said.

“Are (Republicans) going to hold onto this notion that they can roll back time to a different America, or are they going to try to make themselves appealing to the America that we are in the 21st century?”