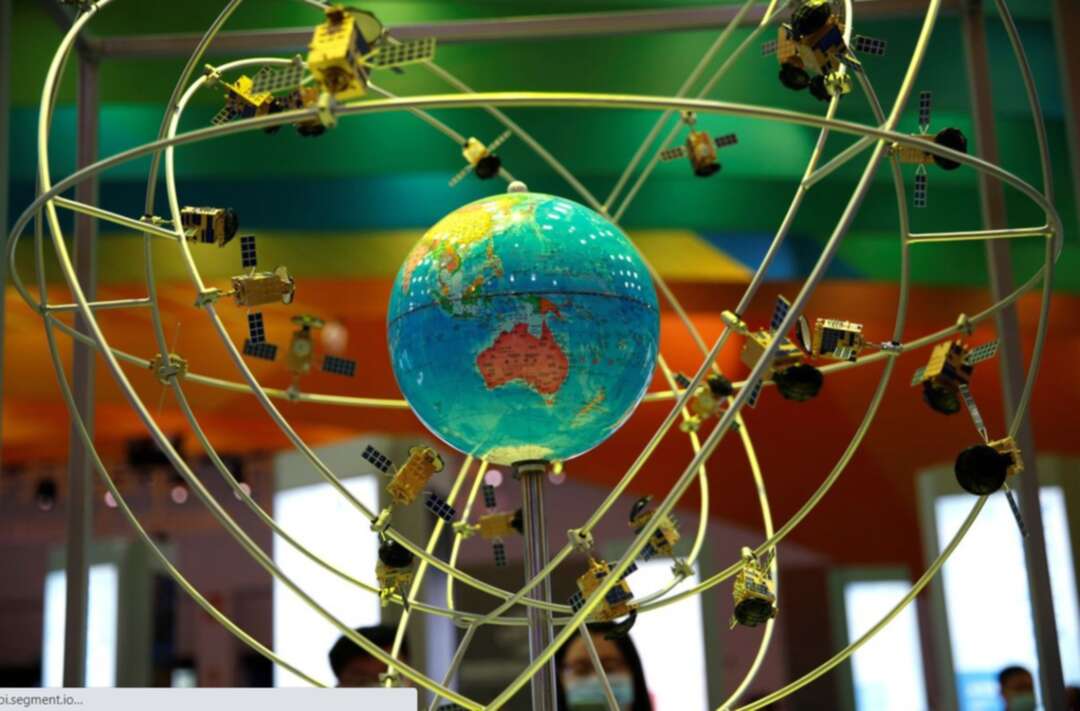 A model of the BeiDou navigation satellites system is seen at the 2020 China International Fair for Trade in Services (CIFTIS), following the COVID-19 outbreak, in Beijing, China September 5, 2020. REUTERS/Tingshu Wang

Beidou, China's answer to the U.S.-owned GPS navigation system, will back domestic products and related services worth 1 trillion yuan ($156.22 billion) by 2025, the official Xinhua news agency said on Wednesday.

The homegrown Chinese navigation network, completed in June 2020, looks to offer an alternative to the Global Positioning System (GPS) run by the U.S. Air Force, spurring further growth in the domestic satellite market.

China's satellite navigation industry has been growing at a rate of over 20% in value on average each year to exceed 400 billion yuan in 2020, Xinhua said, citing data presented at an industry conference in the southern province of Jiangxi.

Since last June, shares of some Chinese firms in the sector have chalked up big gains, with Beijing BDstar Navigation gaining 36% on the Shenzhen bourse.

China has also aggressively pushed for use of the Beidou system overseas, including in countries participating in its Belt and Road initiative, a global infrastructure development and trading network promoted by President Xi Jinping.

Related Beidou products have been exported to about 120 countries, serving more than 100 million users worldwide, the news agency said.

Beidou products, such as chips and modules, are comparable to similar products in other navigation systems, Xinhua said.