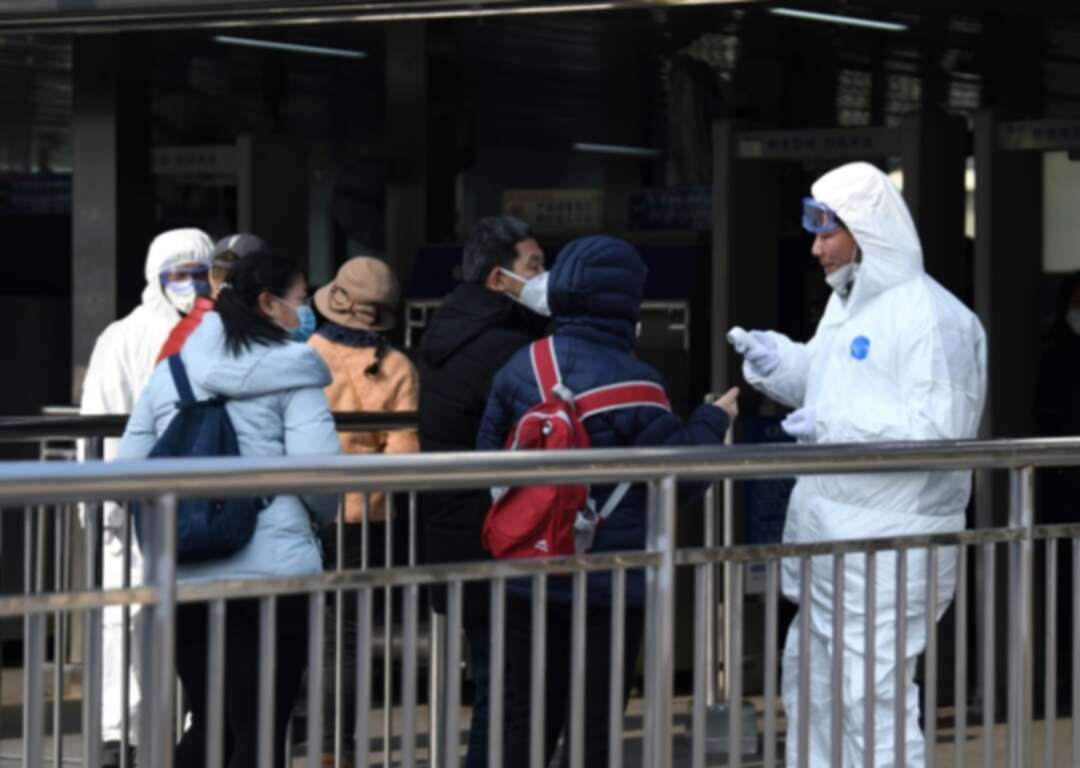 Authorities in Beijing have cancelled massive gatherings that usually attract throngs during the New Year holiday, while the historic Forbidden City will close from Saturday File photo AFP

Chinese authorities rapidly expanded a mammoth quarantine effort aimed at containing a deadly contagion on Friday to 13 cities and a staggering 41 million people, as nervous residents were checked for fevers and the death toll climbed to 26.

While the World Health Organization (WHO) held off on declaring a global emergency despite confirmed cases in half a dozen other countries, China expanded its lockdown to cover an area with a total population greater than Canada's.

A range of Lunar New Year festivities has been canceled, while temporary closures of Beijing's Forbidden City, Shanghai's Disneyland and a section of the Great Wall were announced to prevent the disease from spreading further.

The previously unknown virus has caused alarm because of its similarity to SARS (Severe Acute Respiratory Syndrome), which killed hundreds across mainland China and Hong Kong in 2002-2003.

The WHO said China faced a national emergency but stopped short of making a declaration that would have prompted greater global cooperation, including possible trade and travel restrictions.

The outbreak emerged in late December in Wuhan, an industrial and transport hub of 11 million people in China's center, spreading to several other countries including the United States.

China is in the midst of its Lunar New Year holiday, a typically joyous time of family gatherings and public festivities.

But on Friday Wuhan was a ghost town, its streets deserted and stores shuttered.

At a temperature-check station, a medical staffer in a bodysuit, face mask, and goggles took a thermometer from a middle-aged woman, pausing to examine the reading before quickly turning back to the patient.

"Have you registered? Then go and see the doctor," the staffer said.

One 35-year-old man surnamed Li voiced the fears of many.

"I have a fever and a cough, so I'm worried that I'm infected," he said.

"I don't know the results yet."

With hundreds of millions of people on the move across China for the holiday, the government has halted all travel out of Wuhan, shut down its public transport and told residents to stay home. Deepening the isolation, there were few flights available to the city.

"This year we have a very scary Chinese New Year. People are not going outside because of the virus," said a taxi driver in the city, who asked not to be named.

But said a prolonged shutdown should not pose food-shortage problems because many Chinese had stocked up for the holiday.

Besides Wuhan, 12 other smaller cities nearby have battened down the hatches, with most of them going public on Friday with various measures ranging from closing public venues and restricting large gatherings to halting public transportation and asking citizens not to leave their cities.

Several of the cities have populations numbering several million, led by Huanggang, which has 7.5 million.

The pathogen -- 2019 Novel Coronavirus (2019-nCoV) -- has caused many outlets in Shanghai, Beijing and other cities to sell out their stocks of face masks.

As reports surfaced of bed shortages in Wuhan hospitals, state media said authorities were rushing to build a new facility devoted to the outbreak in a mind-blowing 10 days.

The Wuhan hospital is targeted to be ready by February 3. Dozens of excavators and trucks were filmed working on the site by state television.

To discourage nationwide travel, the government has said all tickets for rail, air, road, or water transport could be exchanged for a refund.

On Friday, staff in full-body protective suits were seen checking the temperatures of people entering a subway station in Beijing.

Chinese authorities said the number of cases leaped overnight to more than 800, with 177 in serious condition. There were other 1,072 suspected cases.

Officials also said that a virus patient died in Heilongjiang province in China's far northeast, the second death outside the Wuhan epicenter.

Beijing has been praised for its response in contrast to SARS, when it took months to report the disease and initially denied WHO experts any access.

Gao Fu, head of the Chinese Center for Disease Control and Prevention, asked China's people to forego New Year gatherings this year and confine themselves at home until the all-clear.

"If we all work as one, we can contain the virus in Wuhan and add no more cases exported from Wuhan, to stem the virus nationwide," Gao told state TV.

Beijing has canceled popular New Year public events at temples in the capital, the historic Forbidden City will close from Saturday, and Shanghai Disneyland said it also will shut down for an indefinite period from Saturday to protect visitors and staff.