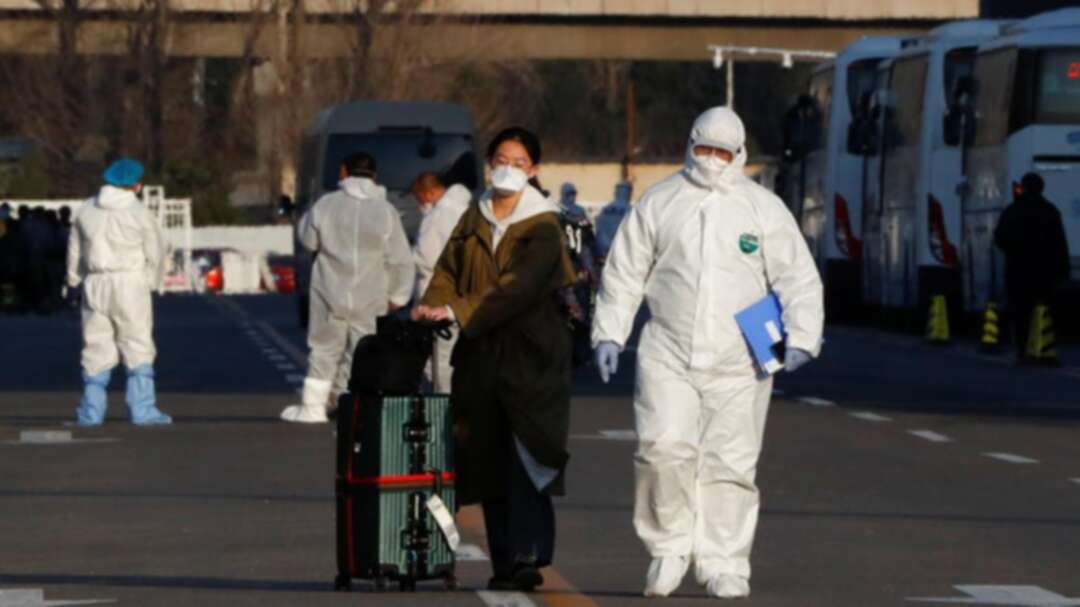 Staff in protective suits accompany passengers outside a centralized facility for screening and registration near the Beijing Capital International Airport in Beijing as the country is hit by an outbreak of the novel coronavirus, China, on March 17, 2020. (Reuters)

Mainland China had 13 new confirmed cases of coronavirus infections on Tuesday, the Country’s National Health Commission said, down from 21 cases a day earlier.

That brings the total number of confirmed cases in mainland China so far to 80,894, the health authority said in a statement on Wednesday.

The death toll from the outbreak in mainland China had reached 3,237 as of the end of Tuesday, up by 11 from the previous day.

In the central province of Hubei, the epicenter of the outbreak in China, there were 11 new deaths, with the provincial capital of Wuhan accounting for 10 of the fatalities.The number of imported cases of the virus in mainland China reached 155 as of Tuesday, up 12 from a day earlier. levant

Coronavirus: Saudi private sector staff told to work from home for 15 days US coronavirus deaths climb to 100, with 50 deaths in Washington