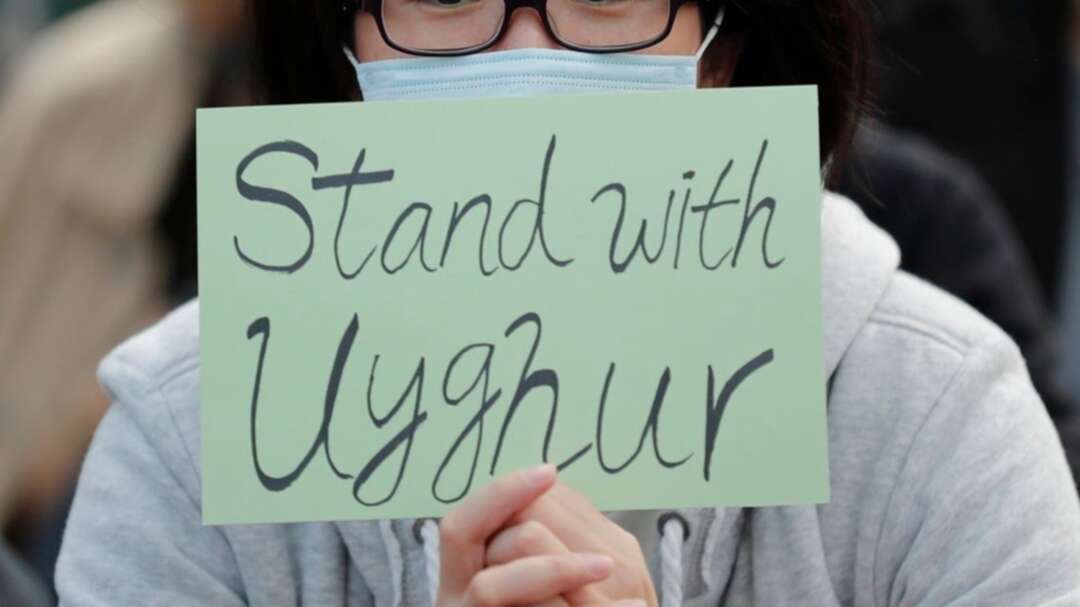 In this Dec. 22, 2019, file photo, a man holds a sign during a rally to show support for Uighurs and their fight for human rights in Hong Kong. (AP)

China said on Tuesday that it condemned and rejected Canada’s parliament passing a non-binding motion saying China’s treatment of Uighurs is genocide.