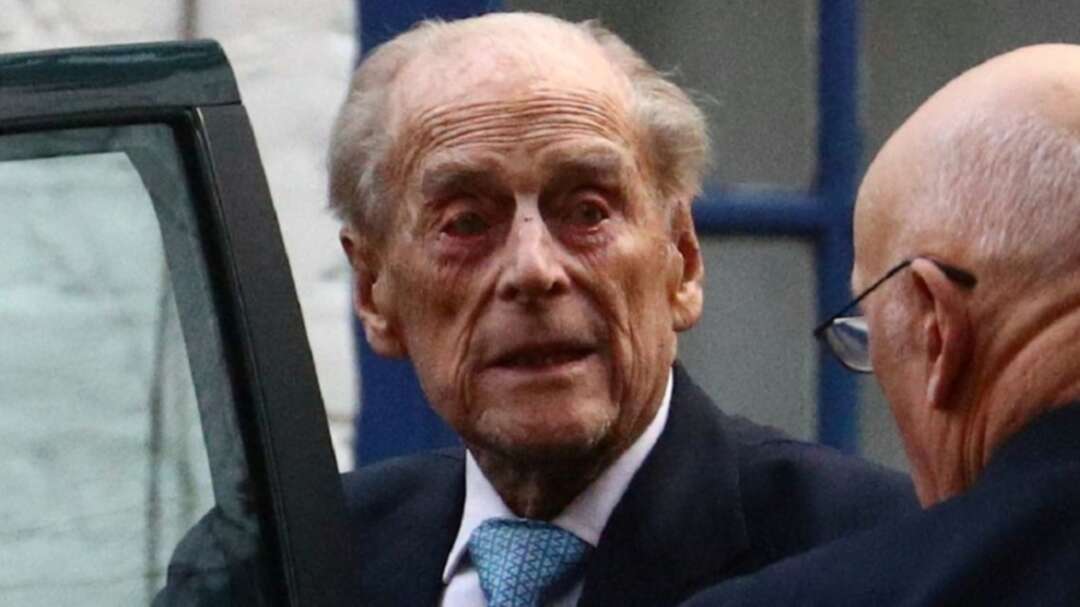 Britain’s Prince Philip enters a car as he leaves the King Edward VII's Hospital in London, Britain, on December 24, 2019. (Reuters)

Prince Philip, the 99-year-old husband of Britain’s Queen Elizabeth, has spent a seventh night in hospital after being admitted as a precaution.

Philip, the Duke of Edinburgh, walked into London’s private King Edward VII Hospital last Tuesday evening after he was advised by his doctor to be admitted after he felt unwell.

Buckingham Palace have said he was expected to remain at the hospital for a few days for observation and his 94-year-old wife has stayed at Windsor Castle, her home to the west of London where the couple have been during the COVID-19 lockdown.

Both royals have received their first dose of the coronavirus vaccine and the Duke’s illness is not related to COVID. A royal source has said it was expected he would remain in hospital into this week and Philip was in good spirits.

Prince William, son of heir Prince Charles, said on Monday his grandfather was “OK, they’re keeping an eye on him”.

Philip’s illness comes at a tricky time for the queen and the monarchy after it was announced last week that William’s younger brother Prince Harry and his American wife Meghan would be severing all their official royal links.

Harry, 36, and Meghan, 39, stepped down from duties in March last year, and that split was formalized on Friday, with the couple losing their treasured royal patronages.

They have moved with their son Archie to Southern California to live a more independent life and escape the British media, and next month will give a “wide-ranging” interview to US chat show host Oprah Winfrey.

The hospitalization of Philip, who has been the queen’s confidante throughout her 69-year reign and the patriarch of the family, deprives the monarch of his counsel.

However, the prince has taken more of a back seat since he retired from public life in 2017, with many of his official roles being taken on by other members of the family.