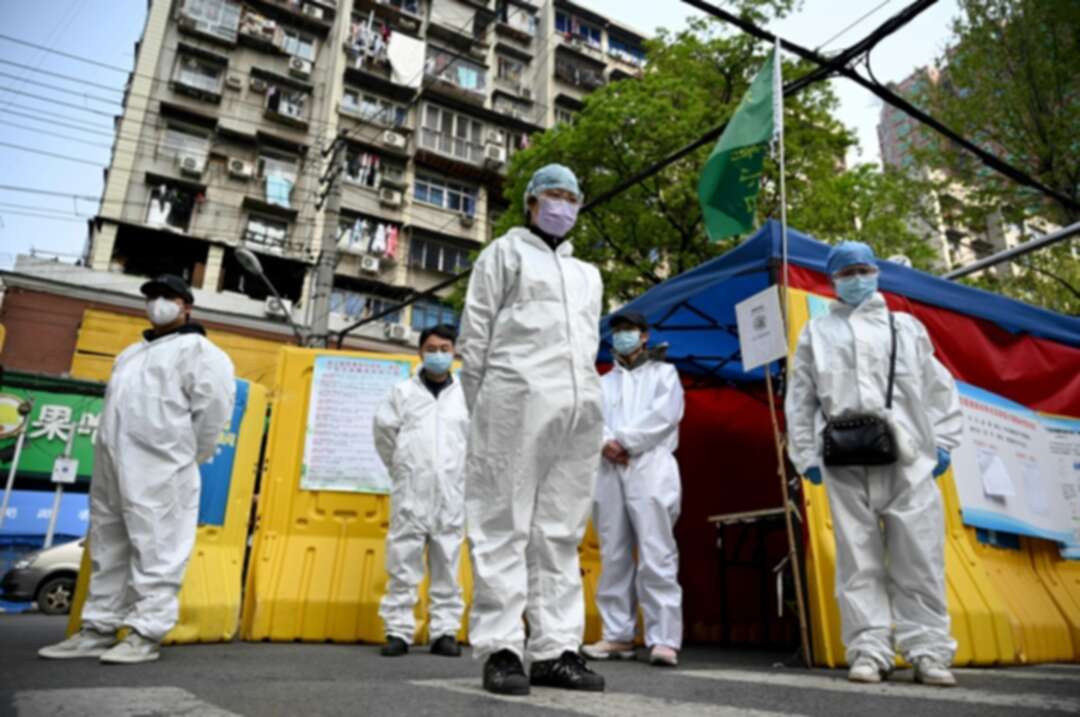 China came to a standstill on Saturday to mourn patients and medical staff killed by the coronavirus, as the world's most populous country observed a nationwide three-minute silence. martyrs

At 10 am (0200 GMT), citizens paused, cars, trains, and ships sounded their horns, and air-raid sirens rang out in memory of the more than 3,000 lives claimed by the virus in China.

In Wuhan -- the city where the virus first emerged late last year -- sirens and horns sounded as people fell silent in the streets.

Staff at the Tongji Hospital stood outside with heads bowed towards the main building, some in the protective hazmat suits that have become a symbol of the crisis worldwide.

I feel a lot of sorrow about our colleagues and patients who died," Xu, a nurse at Tongji who worked on the frontlines treating coronavirus patients, told AFP, holding back tears.

"I hope they can rest well in heaven." martyrs

Workers in protective wear paused silently beside barriers at one residential community -- a reminder that there are still tight restrictions on everyday life across Wuhan.

National flags were lowered to half-mast across the country, including in the capital's Tiananmen Square.

Pedestrians in one of the city's busiest shopping districts stopped walking and kept their heads low in silent tribute, while police patrolling stood at the side of the road with their riot shields down and bowed heads.

During this process, a lot of people including the medical workers... have made extraordinary contributions. They are all heroes," shopper Wang Yongna told AFP.

Park-goers paused their activities too, some with hands together in prayer.

Trains on Beijing's subway network also came to a standstill, and AFP saw passengers stand silently throughout the three minutes in a mark of respect.

Officials said the observance was a chance to mourn virus "martyrs" -- an honorific title bestowed by the government this week on 14 medical workers who died fighting the outbreak. martyrs

The hashtag "China remembers its heroes" racked up nearly 1.3 billion views on the Twitter-like Weibo platform on Saturday.

The martyrs include doctor Li Wenliang, a whistleblower in Wuhan who was reprimanded by authorities for trying to warn others in the early days of the contagion.

Li's death from COVID-19 in February prompted a national outpouring of grief and anger at the government's handling of the crisis.

The ruling Communist Party has sought to direct criticism to local authorities in Wuhan and surrounding Hubei province, who have been accused of downplaying the severity of the virus at first.

Despite drastic measures to lock down the province in late January, the epidemic spiraled into a global pandemic with more than one million cases.

Some restrictions in Hubei were eased in recent weeks after the officially stated number of new infections dropped to near zero.

Saturday's commemoration coincided with the annual Qing Ming holiday -- the "tomb sweeping" festival -- when Chinese people visit the graves of relatives and leave offerings in remembrance.

Although China claims to have curbed the spread of the virus, some restrictions were tightened again this week to prevent a second wave of infections.

Authorities have discouraged visits to cemeteries to mark the festival.

At Beijing's enormous Babaoshan cemetery, mourners had to make an online reservation to visit a grave in a limited number of time slots, with only three relatives allowed per tomb.

Nobody was going in or coming out of Wuhan's Biandanshan Cemetery Saturday afternoon, and security staff stood at the gate.

Another cemetery visited by AFP was also shut.

Some residents burned paper money on the streets Friday, the eve of the festival, instead.

"We can only stay at home, we can't go to the graves. We can only remember our relatives at home," a 50-year-old Wuhan resident surnamed Li told AFP.

Cemeteries across China are offering a "cloud tomb-sweeping" service in which families can honor their ancestors by watching a live stream of cemetery staff attending to graves on their behalf. martyrs

Websites are also offering people the chance to pay their respects at a "virtual" tomb, including by lighting a digital candle and leaving a dish of digital fruit. levant