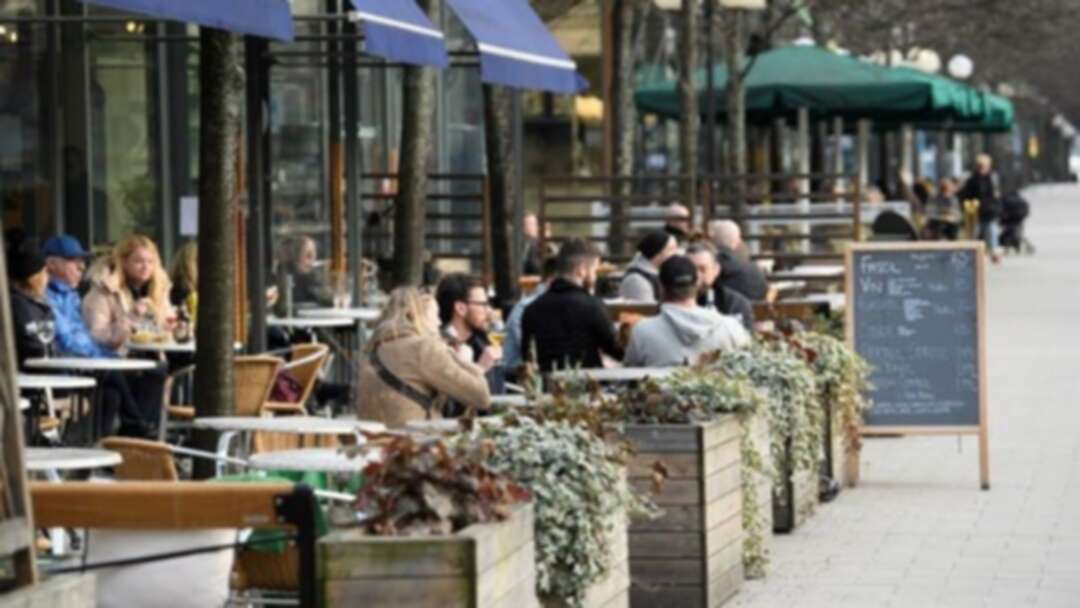 People sit at an outdoor restaurant in Kungstradgarden park amid the new coronavirus (COVID-19) spread, in Stockholm, Sweden March 27, 2020. (Reuters)

Sweden has taken a business-as-usual approach to tackling the coronavirus pandemic, which is coming in for growing criticism as the death toll rises, according to reports. Coronavirus: Sweden

he country has not implemented any social-distancing measures or curfews as other countries have to help slow the spread. Neither has it closed “non-essential” businesses such as restaurants and other entertainment hot spots. Schools and borders remain open as well.

According to recent data released by Google, recreational outings in Sweden have decreased by only 24 percent, while the same numbers dropped by nearly 94 percent in Italy and Spain.

However, the Scandinavian country has been criticized as the number of infections and the death toll continues to rise. Sweden had a total of 6,131 cases as of Saturday. The death toll reached 358 so far, rising at about 25-30 a day, according to the Swedish Health Agency, Reuters reported.

“We don't have a choice, we have to close Stockholm right now,” Cecilia Soderberg-Naucler, Professor of Microbial Pathogenesis at the Karolinska Institute, told Reuters 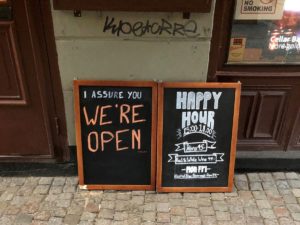 A sign assures people that the bar is open during the coronavirus outbreak, outside a pub in Stockholm, Sweden March 26, 2020. (Reuters)

She is one of around 2,300 academics who signed an open letter to the government at the end of last month calling for tougher measures to protect the healthcare system, according to Reuters.

“We must establish control over the situation, we cannot head into a situation where we get complete chaos. No one has tried this route, so why should we test it first in Sweden, without informed consent?” she added.

“Meanwhile in Sweden, it’s life as usual,” he captioned the video on the social media platform. “Not sure how I’m feeling

He also said the health agency introduced “voluntary measures” and explained to the population the importance of social distancing, CNBC reported.

“So far, it’s been working reasonably well,” he said. levant