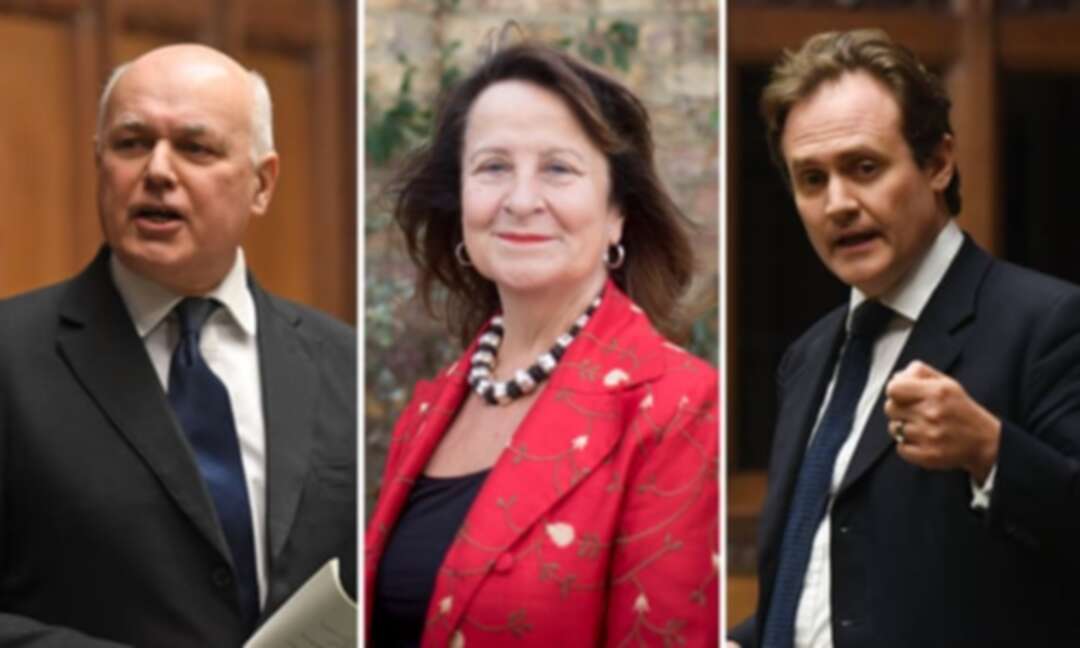 Iain Duncan Smith, Helena Kennedy QC and Tom Tugendhat are among those subject to retaliatory sanctions by China.

China has imposed sanctions on 10 UK organisations and individuals, including the former leader of the Conservative party, Iain Duncan Smith, over what it called the spreading of “lies and disinformation” about human rights abuses in Xinjiang.

The sanctions are a response to the UK decision to take measures against four Chinese officials on Monday and follow the similar punishment by China against a group of MEPs, European academics and thinktanks.

The British politicians named have been at the forefront of the year-long campaign calling for sanctions against China over the alleged mass rounding up of Uighur Muslims in Xinjiang.

China has repeatedly claimed the camps are re-education centres targeted at terrorists, and the Chinese embassy in London will hold a further briefing on Friday to defend what is happening in the province. Xinjiang row

The British foreign secretary, Dominic Raab, responded to the expected Chinese countermeasures:“It speaks volumes that, while the UK joins the international community in sanctioning those responsible for human rights abuses, the Chinese government sanctions its critics.

“If Beijing wants to credibly rebut claims of human rights abuses in Xinjiang, it should allow the UN high commissioner for human rights full access to verify the truth.”

The sanctions are largely symbolic in that they ban the group from travelling to China, and freeze any assets they may have in China, but at issue is whether relations spiral downwards, or whether the dispute is partitioned from the wider relationship between the UK and China.

The Chinese have stopped short of targeting any minister or member of the executive, but have hit two select committee chairmen, a vice-chair of the Conservative party, prominent officers of the China Research Group as well as senior human rights lawyers.

Apart from Duncan Smith, Tory MPs named are Tom Tugendhat (who chairs the foreign affairs select committee), and Nus Ghani, the chair of the business select committee. Neil O’Brien, head of the Conservative policy board and China Research Group officer, is targeted, as is Tim Loughton, a member of the Inter-Parliamentary Alliance on China.

In the Lords David Alton, a crossbencher, and Helena Kennedy QC, Labour, have had sanctions imposed. They were at the helm of the ultimately fruitless campaign to persuade the UK government to give the UK high court a role in investigating whether genocide is occurring in Xinjiang. The barrister Geoffrey Nice, leading an independent tribunal into the treatment of the Uighurs and at the helm of prosecution of ex-Serbian President Slobodan Milosevic over the Balkans war, has also been singled out.

The only academic targeted is Joanne Nicola Smith Finley from Newcastle University. The selected entities include the China Research Group, established by a group of Conservative MPs, the Conservative Human Rights Commission and Essex Court Chambers, which, instructed by the World Uighur Congress, gave an opinion that a genocide was occurring.

Duncan Smith said he would wear the sanction like a “badge of honour”. He tweeted: “It’s our duty to call out the Chinese Govt’s human rights abuse in #HongKong & the genocide of the #Uyghurs. Those of us who live free lives under the rule of law must speak for those who have no voice. If that brings the anger of China down on me, I’ll wear that badge of honour.”

Smith Finley also responded, saying: “It seems I am to be sanctioned by the PRC (Chinese) government for speaking the truth about the #Uyghur tragedy in #Xinjiang, and for having a conscience.”Ghani said she would not be intimidated and the sanctions would only galvanise greater interest in what was happening. “The west sanctioned China for abusing human rights; we have been sanctioned for exposing the abuse of human rights.” She said the embassy had been trying to threaten her on social media, an issue she had already raised in the Commons.

Raab has accused China of industrial-scale human rights abuses in Xinjiang, but the UK has been eager not to see the conflict over human rights bleed into other issues such as trade, climate change co-operation and the mutual exchange of students, a financial lifeline for many British universities. The Foreign Office has, unlike the US, resisted imposing sanctions on Chinese officers involved in the suppression of democracy in the former British colony of Hong Kong. It has also refused to term what is happening in China as genocide, saying this is a matter for the UN or the international courts. Xinjiang row

In practical terms, the political climate for advocates of greater economic cooperation between the UK and China will prove harsher, as in the EU. The UK has already banned the Chinese telecom firm Huawei from the UK 5G networks, and is passing new laws tightening the access of overseas investors to sensitive UK markets. Tugendhat has been at the helm of the calls to tighten that regime.

China has repeatedly denied all accusations of abuse and says its camps offer vocational training and are needed to fight extremism. It again invited its critics to travel to Xinjiang to see for themselves that allegations of mass incarceration, torture and enforced sterilisation were not true. Xinjiang row

But there have been fruitless negotiations between the UN and China over the terms of the visit.

“China is firmly determined to safeguard its national sovereignty, security and development interests, and warns the UK side not to go further down the wrong path,” the Chinese ministry said in a statement condemning the sanctions. “Otherwise, China will resolutely make further reactions.”

The four-day delay in the Chinese response to the UK’s actions on Monday contrasts with the immediate reprisals imposed on EU critics of China, and either reflects political divisions within China, or surprise that the UK government had abandoned its months-long resistance to imposing sanctions.

China acted immediately against the EU after its foreign affairs council on Monday imposed sanctions on the same four Chinese officials and the Xinjiang Production and Construction Corps Public Security Bureau. Xinjiang row