A Session to Set the Standards for Freelance Journalism in Qamishli

The Media Office of the Autonomous Administration of North and East Syria in cooperation with the London-based Foundation Levantnews held a session in Qamishli to hear the opinions of some journalists about the most important standards and conditions that have to be followed in freelance journalism in the region. Freelance


The session addressed several topics, among which; giving a clear definition to this kind of journalists, the chances of their success in serving the region and the media, the most important criteria for giving them work assignments and the mechanisms for developing their work. The session also addressed the importance of their work especially on those topics that are often absent in the local media, and the ability of these journalists to have easier access to global media platforms. 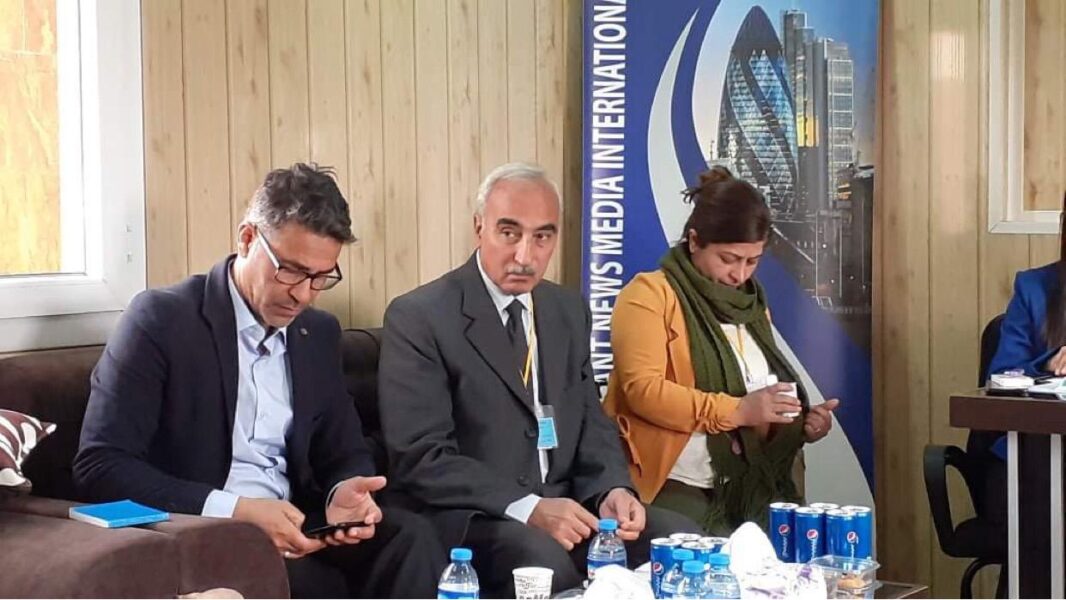 "Mona Abdel-Maqsoud" a teaching assistant at the Faculty of Mass Communication, Cairo University, presented via Skype a set of suggestions and ideas that enriched the session.


She said: “We have to take advantage of what is available and not start from scratch and we do this by studying the following: Desk research or documentary survey of the contracts and the models which are currently in use in major international and regional media institutions, such as BBC, Al-Arabiya and Al-Jazeera to know what is available and analyze it to learn and evaluate in terms of laws, rights and duties. She continued: “Then the next step is to conduct a field survey on employees who are signing journalism temporary contracts to know their needs and evaluation. The third step is to carry out in-depth interviews with senior management in the local and national institutions and with human resources managers to discuss the previous results and look for the best solutions for development and legalization.”


The head of the Free Media Union, Mrs Avin Youssef*, said that “It is absolutely necessary, especially in this time, to set up a regulatory mechanism for freelance journalism according to professional and ethical standards and the laws in the region. The session was to hear the journalists' opinions and suggestions on this topic.” She added: "There are diverse and contrasting opinions; some of which are appropriate and make sense, while some opinions are not relevant to the current situation of the region. I think these sessions are useful to the reality of the media where everyone shares ideas to have closer views to serve professional media work. 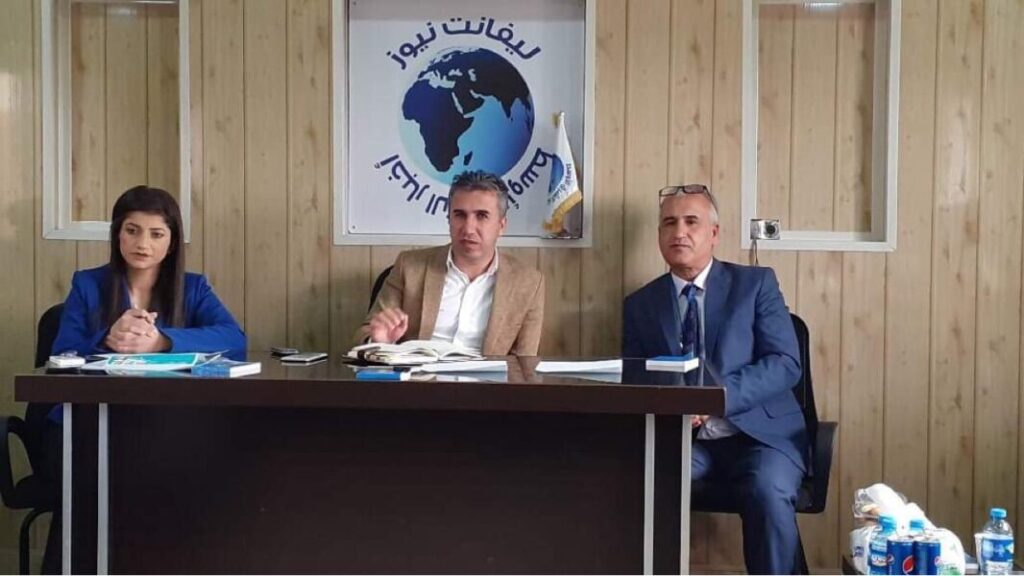 Journalist Khabat Abbas said: "I am honoured to attend this session, which was organized by Levantnews Foundation and the Media Office in North and East Syria, to discuss the standards and mechanisms of freelance journalism.” She continued: "This session is a constructive step to develop journalism in northeastern Syria and it is the first of its kind to shed light on freelance journalism."


She pointed out that: "The session was constructive and rich as it laid down the basics of the job of these journalists who effectively shared their opinions and experiences to develop clear mechanisms and standards which will be included in the media laws of the Autonomous Administration." She noted that: "This initiative is valuable and we need to continue and organize periodic events because of its positive results to upgrade the journalism in our region to professionalism." She added: "I thank the organisers for listening to our opinions with an open mind and arms. ” 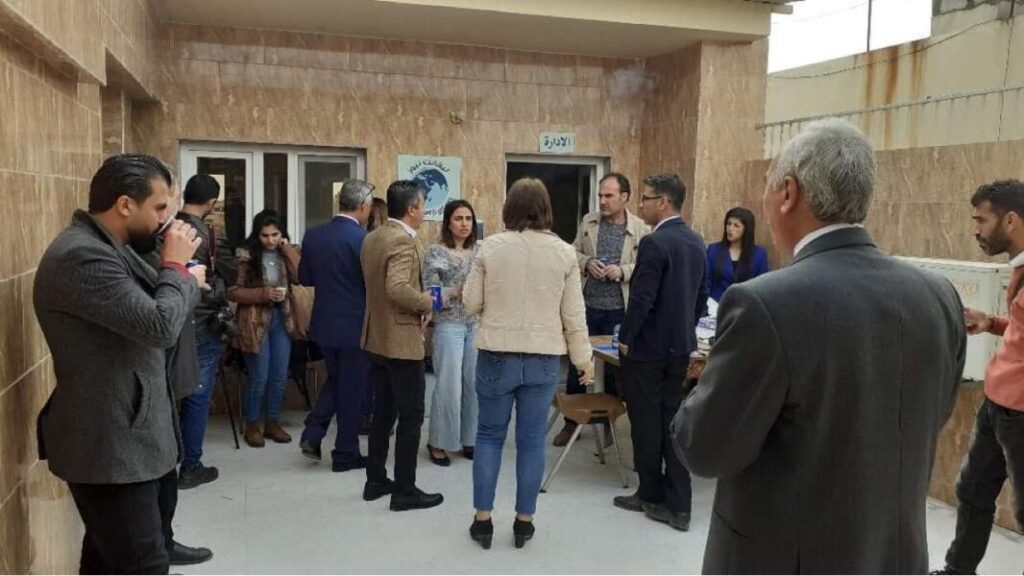 Firas Muhammad, Director of the Higher Institute for Media at the University of Rojava said: “This session, which was sponsored by the Free Media Union and Levantnews Media Foundation, is important to discuss freelance journalism, especially the region is still developing in media generally. The place of the session and the sponsors gave intimacy and friendliness to the session upon discussing the topics. The many invited media figures enriched the session with many constructive opinions despite their differences as some complicate this type of work and others who facilitate it because it is spreading and receiving attention in many countries."


At the end of the session “Juma Khuzaim”, Director of the ASO Center for Consultancy and Strategic Studies and a member of the Syrian Kurdish Journalists Network, talked about the course of the session: “First, we have to know the meaning and concept of free media. Free media is one of the prominent features of democracy and if such media does not exist, it is not possible to develop any real democracy. He continued: "The definition of freelancers; they are independent people who work freely without a contract and do not represent a media institution. It is a job where the freelancers choose the time they want to work, freely and without restrictions. They choose the job they love and want to work in without being forced by anyone." He noted that: "Despite a large number of freelancers, there is no strong awareness of this type of media work. There have to be requirements for the job of a freelancer including the age." He also pointed out that: "If the freelancer has a bachelor's degree, it is a strength together with the talent, the amount of work achieved in journalism and sticking to the international press laws, standards and the laws of the media organizations in the region he works in."


Khuzaim noted that: "The Media Office of the Autonomous Administration of North and East Syria intends to issue a circular that includes the criteria according to which these journalists have to be given work assignments to provide media with some professionals." Freelance

China imposes sanctions on UK MPs, lawyers and academic in Xinjiang row From the Document on Human Fraternity for Hope Probe and Human Rights ... the UAE Aspires to Future