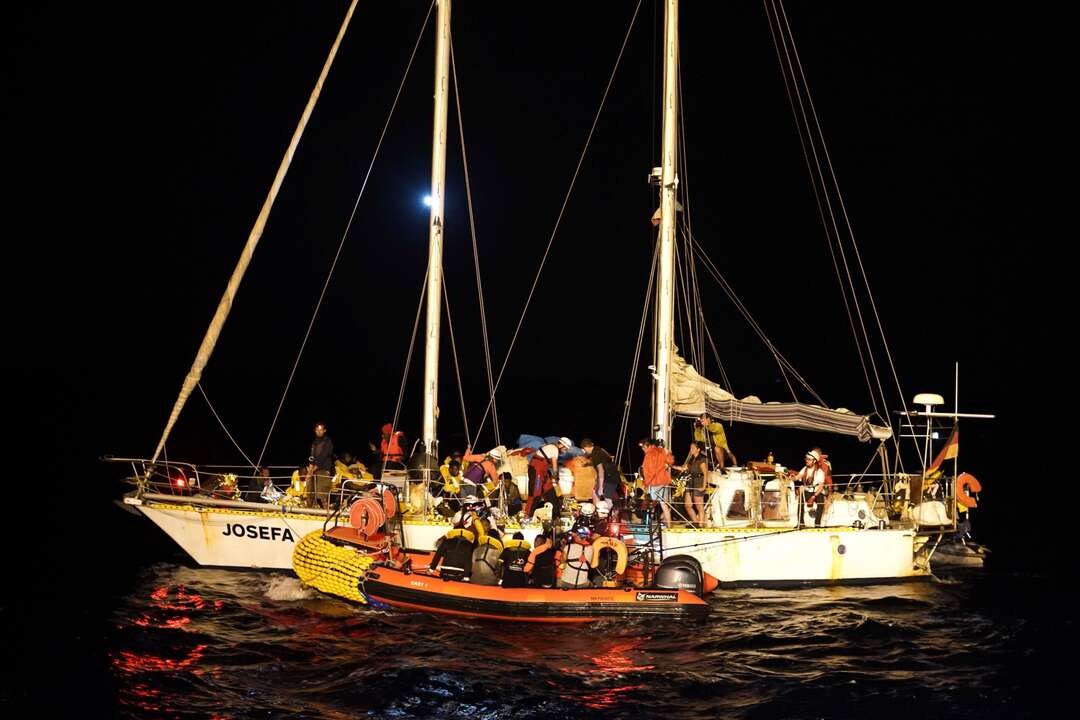 Thirty-four migrants including women and a small child who had been rescued by a German sailboat were successfully transferred to a larger humanitarian ship during a thunderstorm in international waters north of Libya.

The transfer happened late Monday about 120 kilometers (75 miles) off the Libyan coast, near the Bouri offshore oil field.

The 22 men, six women, and a 1-year-old boy had been rescued earlier in the day from a rubber boat with a broken engine by the crew of a 14-meter-long sailboat operated by the German charity Resqship.

Wrapped in shiny thermal blankets, the migrants were transferred in pouring rain to the much larger Ocean Viking after the sailboat declared a state of emergency.

There are now more than 80 migrants on the ship, which rescued 50 others over the weekend.

In a related development, African refugees being held in detention in Libya will be evacuated to Rwanda under an agreement reached with Kigali and the African Union, the UN refugee agency UNHCR said on Tuesday.

A first group of 500 refugees from the Horn of Africa will be evacuated in coming weeks out of 4,700 now estimated to be in custody in Libya, under a new “transit mechanism” partly funded the European Union (EU), UNHCR spokesman Babar Baloch said.

Evacuation flights are expected to begin in the coming weeks, and will be carried out in co-operation with Rwandan and Libyan authorities. The African Union will provide assistance with evacuations, strategic political support with training and coordination, and help to mobilize resources. UNHCR will provide protection services and necessary humanitarian assistance including food, water, accommodation, education, and healthcare.

UNHCR urges the international community to contribute resources for the implementation of the agreement.