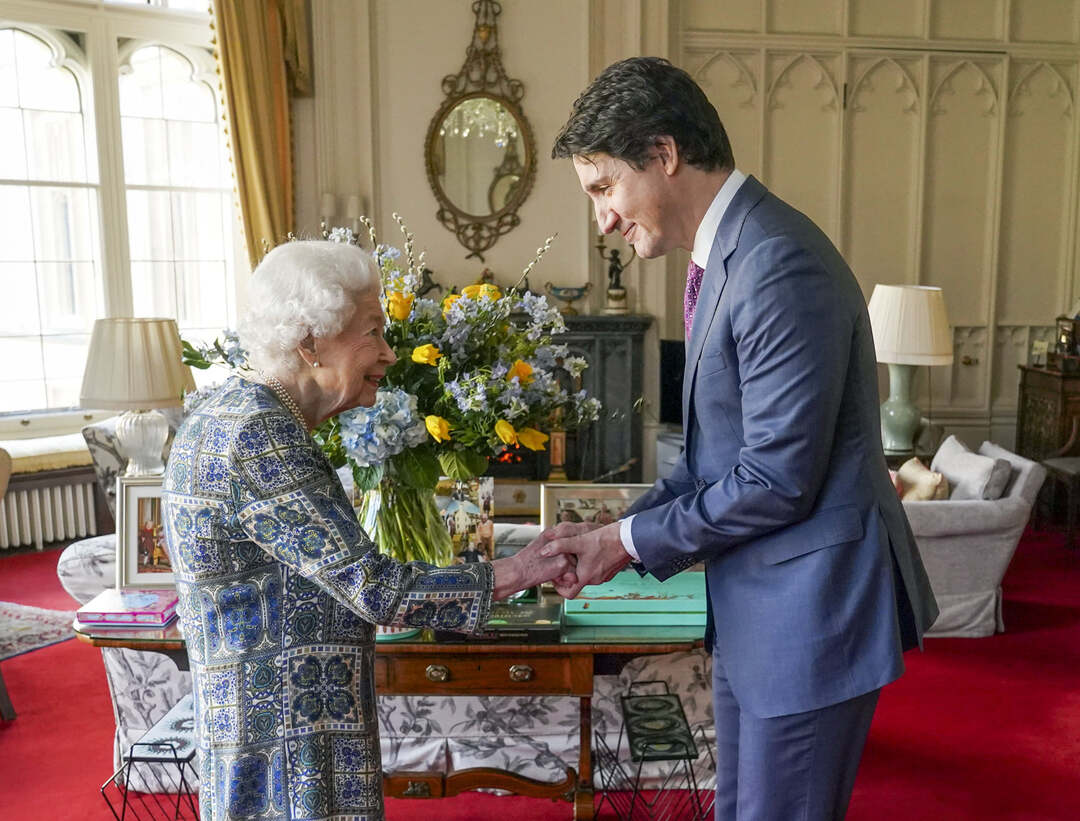 This afternoon The Queen received the Prime Minister of Canada, Justin Trudeau, for an Audience at Windsor Castle (File photo: The Royal Family official Facebook page)

Prime Minister Justin Trudeau on Tuesday (Sep 13) declared a national holiday as a mark of respect for Queen Elizabeth II's funeral Sept. 19, but not all of Canada's provinces will follow suit, the Anadolu Agency reported.

Trudeau's announcement covers federal government employees as Ottawa does not have jurisdiction over employees of the 10 provinces and three territories.

"We will be working with the provinces and the territories to try and see that we're aligned on this," Trudeau said in the announcement in New Brunswick where he is holding a retreat for Liberal members of parliament.

"There are still a few details to be worked out, but declaring an opportunity for Canadians to mourn on Monday is going to be important."

But already Ontario, Canada's most populated province with about one-third of Canada's 38 million residents, has said no to the idea. Instead, Premier Doug Ford's office said there will be a "day of mourning" with no school or business closures.

“The people of Ontario may observe a moment of silence at 1:00 p.m. on that day,” the office said in a statement. “We encourage all Ontarians to use this day to honor Her Majesty and pay tribute to the extraordinary legacy she leaves behind.”

Ford's announcement was urged by the Canadian Federation of Independent Business (CFIB), a powerful lobby of small business owners with 95,000 members. The CFIB said making Sept. 19 a statutory paid holiday would cost employers too much in extra pay to employees and cost the economy billions of dollars.

Prince Edward Island, Canada's smallest province, followed Ottawa's lead, while Nova Scotia and New Brunswick said provincial schools and government offices will close but it will be optional for individual businesses and employers.

Quebec will mark Sept. 19 as a day of commemoration, but not a holiday. Other governments have yet to announce their intentions.

It is worthy to note that Canada is a member of the Commonwealth of Nations and as such, the queen was its titular head of state for 70 years.