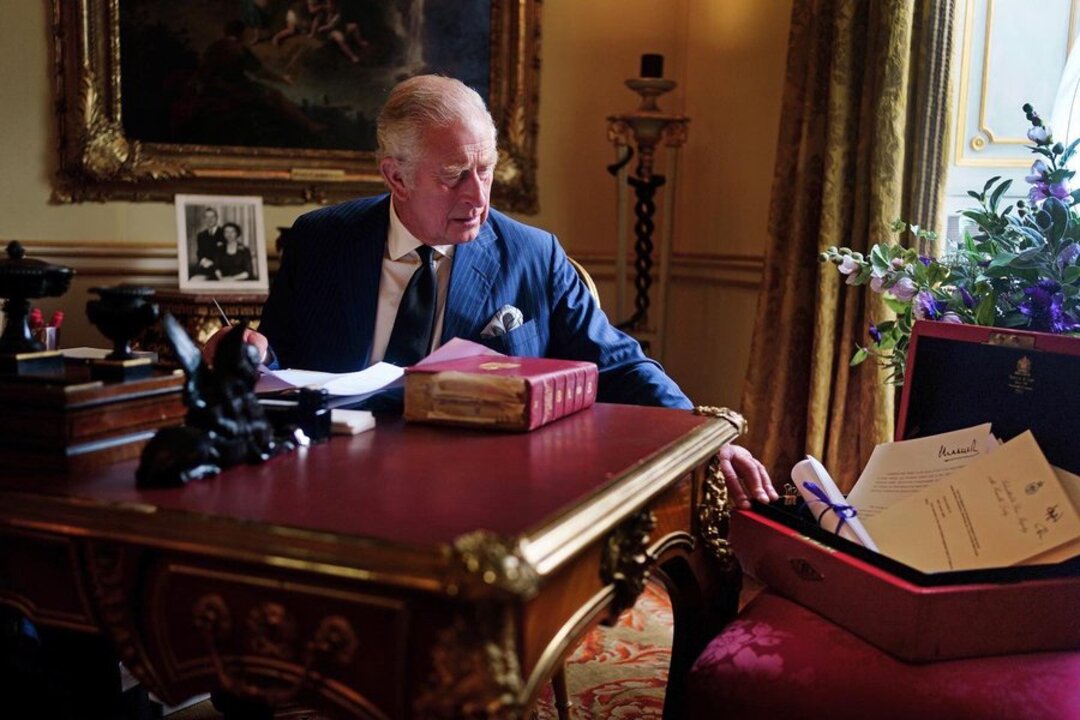 King Charles III has been pictured taking up his new state duties in Buckingham Palace for the first time, the Associated Press reported.

In a sign of royal continuity, the picture is taken in front of a photo of his late parents, Elizabeth and Philip, which the pair had gifted to King George VI in 1951 — the year before Elizabeth became queen.

During her own reign, Queen Elizabeth II was also regularly pictured with her official red box, which each monarch receives from their private secretary.

The image was taken in the Eighteenth Century Room at Buckingham Palace three days after Elizabeth died.

King Charles III is said to be ‘very aware’ of the living cost crisis – so much so that he is planning a ‘less expensive’ coronation ceremony than his mother’s.

The new monarch is also creating a ‘slimmed down’ working monarchy in response to the financial woes of Britain, according to reports.

A royal source told the Mirror: ‘The King is very aware of the struggles felt by modern Britons so will see his wishes carried through that although his coronation ceremony should stay right and true to the long held traditions of the past, it should also be representative of a monarchy in a modern world.’

May and June 2023 are among the possible dates for the coronation ceremony.

Russia facilitates citizenship for foreigners serving in army, toughens penalty for surrender Survey reveals some British pupils have been eating rubbers for not affording lunch