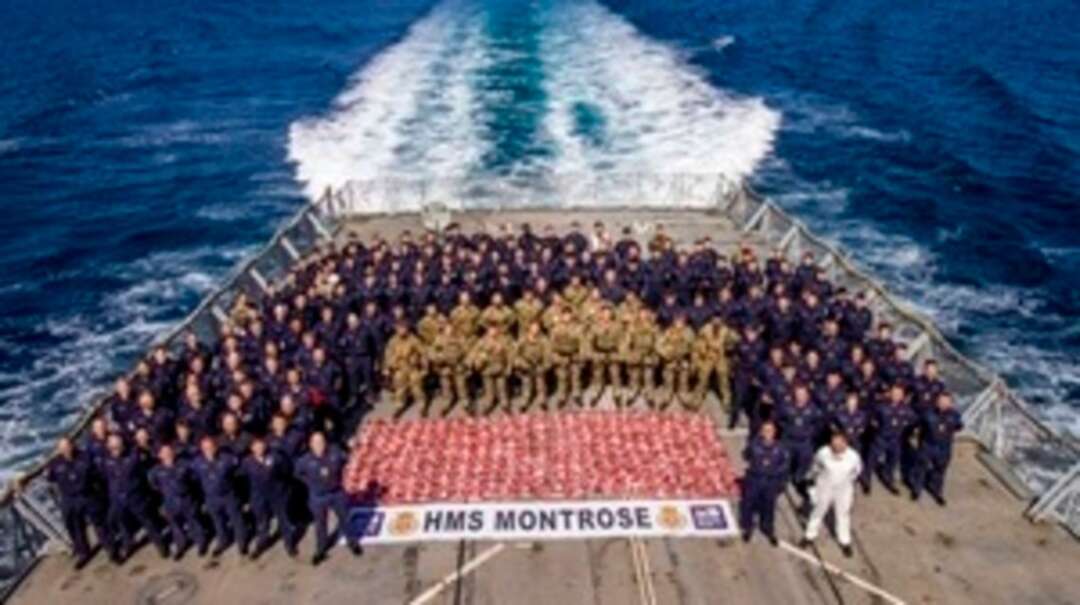 The British Royal Marines intercepted over 2.6 tons of illicit drugs in the Northern Arabian Sea after boarding a suspect boat during a counter-narcotics patrol, in a statement from the UK Ministry of Defense published Wednesday. They were part of a Combined Maritime Forces (CMS) Task Force operating in the Middle East, and were supported by the Royal Navy Warship, HMS Montrose.

In an operation lasting over 10 hours, 2.4 tons of heroin, crystal methamphetamine and hashish were seized. This came just two days after a separate bust in which HMS Montrose seized 275kg of heroin from another suspect boat in the area. The combined haul of almost three tons of drugs has an estimated wholesale value of £11 million.

HMS Montrose last made a drugs bust in October 2020 when sailors and marines seized 450 kilograms of methamphetamine, with a wholesale value of £18 million, which was the largest ever seizure of methamphetamines by the Royal Navy in the Gulf.