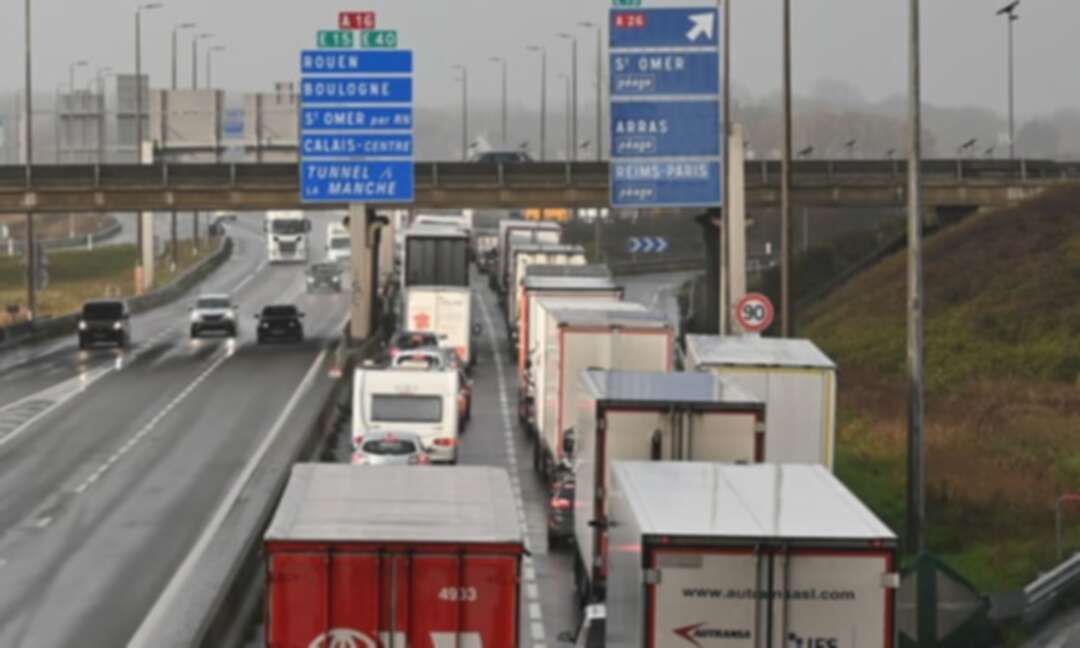 Lorries in Calais, France, queuing last December to enter the UK via the Channel tunnel.

Three-quarters of British manufacturers are struggling to cope with delays in moving goods in and out of the EU amid continuing disruption caused by Brexit and the Covid pandemic, industry figures said.

Two months after the UK left the EU on trade terms agreed by Boris Johnson’s government, research from the manufacturing trade group Make UK has shown that 74% of firms in a survey of more than 200 leading industrial companies are facing delays with EU imports and exports.

Faced with mounting Brexit red tape, customs checks and disruption to global trade caused by the pandemic, more than half of companies said they were suffering from increased costs. More than a third had lost out on sales, while fears over continued disruption was losing firms future business.

The warning comes as pressure grows on the government to resolve difficulties at UK borders amid concern over the impact on the British economy and jobs at a time when businesses are grappling with the Covid recession.

A government spokesperson insisted that freight volumes between the UK and the EU were now “back to their normal levels” and said there was “no general disruption at UK ports”.

Ministers have made £20m available to help small businesses adapt to the new trade relationships. “We will ensure businesses get the support they need to trade effectively with Europe and to seize new opportunities as we strike trade deals with the world’s fastest-growing markets,” the spokesperson added.

However, business leaders said trading activity was under severe strain and only likely to worsen as further border checks came into force.

Ray Singh, managing director of Russel Finex, a London-based manufacturer of high-performance sieves and filters, said his firm was still experiencing delays with exports to the EU and to a plant it operated in Belgium.

“Eventually we manage to get the goods over, but it just takes a lot longer. It’s not smooth like it was. There are additional checks and paperwork and it sounds like in a few months’ time that’s actually going to ramp up, which is more stuff not to look forward to. It’s created a lot of extra bureaucracy that just wasn’t there before,” Singh said.

Catherine Bedford, founder of Dashel, which makes carbon fibre and recycled cycle helmets, said the disruption was killing her business. “Thanks to Brexit, we’ve gone from profitable to barely scraping by,” she said. “We can’t predict delivery times as items are being held up at French customs, our entry point into Europe. There is a massive backlog and items are being turned back despite up-to-date paperwork.”

Figures from Germany this week showed that imports from the UK had fallen by more than 56% to €1.6bn (£1.4bn) in January from the same month a year ago amid Brexit disruption. Official UK trade figures are due to be published on Friday.

The international trade secretary, Liz Truss, is pushing to expand trading opportunities outside the EU, and next week the government is expected to set out Britain’s post-Brexit trade priorities as part of a delayed review of foreign policy. However, Make UK said that ministers urgently needed to “get back around the table” with EU leaders to solve problems closer to home.

The EU accounts for almost half of UK imports and exports, while the government’s own analysis suggests that trade deals outside the EU will not make up for the impact of Brexit on the UK economy.

Stephen Phipson, chief executive of Make UK, said: “Government needs to move smooth out difficulties at UK ports so that shipments can easily be delivered. We are encouraged that the government is already working to train more high-quality customs officials and to give more assistance with customs paperwork, but this needs to be driven forward at speed to give the quickest possible assistance to British companies already struggling to get back to normal as trade recovers from the Covid pandemic.”