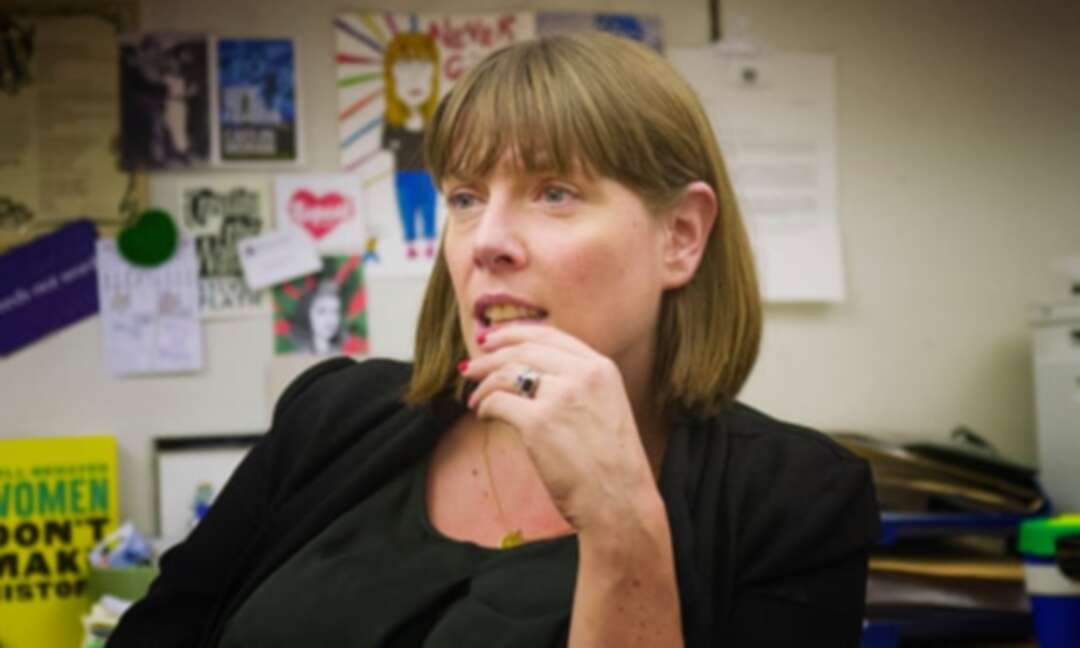 Jess Phillips says male violence is not taken as seriously as other crimes.

Violence against women is an epidemic which requires far more attention and resources, Labour’s shadow minister for domestic violence, Jess Phillips, has said, in the wake of the disappearance of Sarah Everard, who police believe may have been abducted as she walked home in south London.

Phillips, who will speak at parliament’s International Women’s Day debate on Thursday when she will read out the names of all the women murdered by men in the past year, said it was untrue to say that the killing of women was rare.

Speaking on Radio 4’s Today programme, Phillips said random attacks on the street were a “rarity, if that is what this was”, but added: “The reality is that it’s not a rare crime. Since last week since when Sarah first went missing, six women and a little girl have been have been reported as being killed at the hands of men.

“So it’s not particularly rare and the fear that women live with is an everyday thing. For most women they have had some form of experience that they feel frightened of and the message that they should be sending out is not one about what women should or shouldn’t do.

“It is about how serious violence against women and girls is and how it is an epidemic that we have to put far more attention and resource into.”

On Wednesday night, the Metropolitan police commissioner, Dame Cressida Dick, announced that police had discovered human remains in woodland in Kent during the search for Everard, a 33-year-old marketing executive. The remains have not yet been identified. A serving police officer has been arrested on suspicion of Everard’s murder.

Seeking to reassure the public, the Met commissioner said: “I know Londoners will want to know that it is thankfully incredibly rare for a woman to be abducted from our streets. I completely understand that despite this, women in London and the wider public – particularly those in the area where Sarah went missing – will be worried and may well be feeling scared.”

PC Wayne Couzens, 48, was arrested on Tuesday at his home in Deal, Kent, on suspicion of kidnapping Everard, who vanished after leaving a friend’s house at around 9pm on 3 March and beginning a 50-minute walk home.

Mandu Reid, the leader of the British Women’s Equality party, has said the Met should not oversee the case, given the arrest of a serving officer.

She said: “This case has affected women right across the capital and across the country but I cannot begin to imagine the pain that Sarah’s friends and family are going through.

“The fact that a police officer has been arrested on suspicion of murder makes it all the more frightening, and it is imperative that the case is now taken over by a separate police force. We have to do this right.”

London’s mayor, Sadiq Khan, said: “I know how shocked and worried Londoners are by Sarah’s disappearance and the developments in the case.

“I want to assure Sarah’s family, and everyone in our city, that the police are doing absolutely everything they can … Londoners will continue to see more police officers on our streets continuing their investigation and carrying out reassurance patrols in the area where Sarah went missing a week ago.”

The Labour leader, Keir Starmer, called the case “devastating” and added: “Women should be able to walk home without fear or threat.”

The case has prompted many women to share experiences of being threatened or harassed by men as they walked home. Phillips said she was a “tough cookie” but said that “when I was a teenager a man pulled up next to me and exposed himself to me”.

“It’s got absolutely nothing to do with anything I can do. I can’t change the chromosomes in my body … I’m not stereotyping women as weak, I’m not even stereotyping men as all being perpetrators.

“I am saying that the message that needs to be sent, is that male violence is something that has to be tackled and challenged – and the justice system and society has to wake up to that, because at the moment we just simply don’t take it as seriously as we take other crimes.”