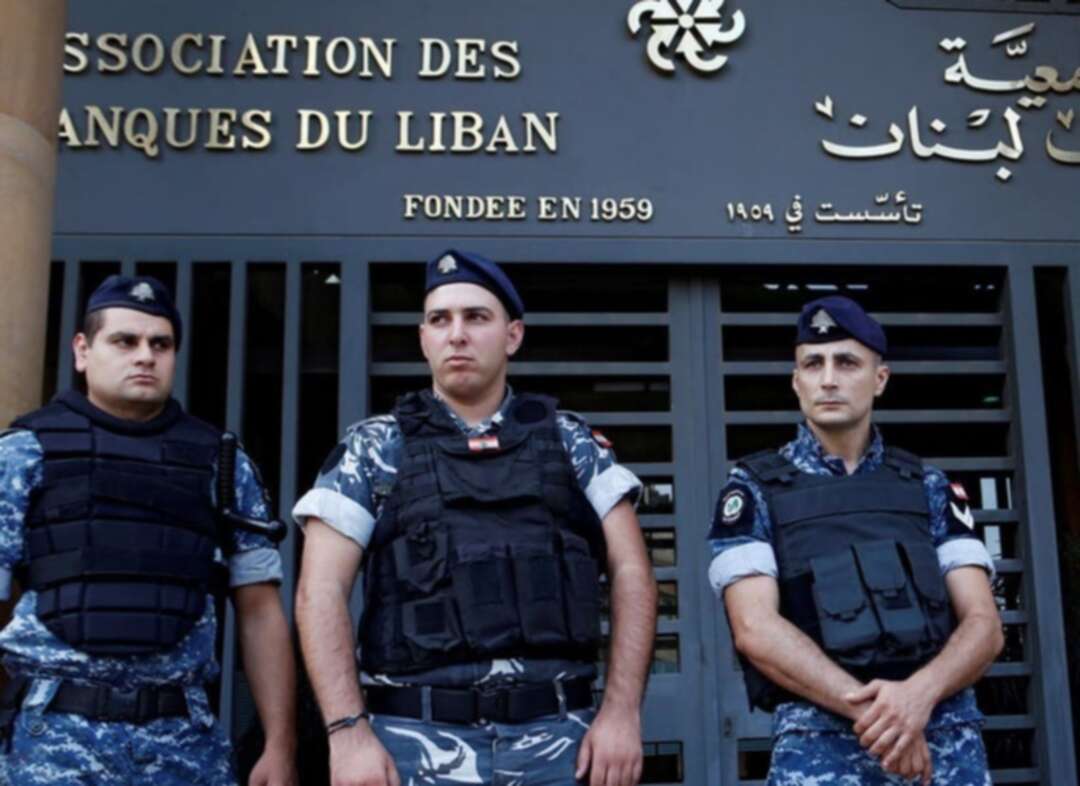 Lebanese police stand outside the entrance of the Association of Banks in downtown Beirut, Lebanon on November 1, 2019. (Reuters)

Lebanon’s caretaker interior minister said on Wednesday the country’s security forces were drained and unable to fulfill their duties as a financial meltdown and political deadlock bite.

Speaking in an interview to the local VDL News, Mohammed Fahmy blamed political parties that were unable to agree on a national rescue plan.

“It is only natural that we are unable to perform our security duties in a complete way amidst this chaos, especially as Lebanese political parties could not put forward a national salvation plan to save the nation,” he said.

“Security forces are being drained daily, we have reached rock bottom... I am talking about 90 percent of our duties, we are no longer able to perform them to protect the people and the nation.”

Lebanon’s financial crisis, which erupted in 2019, has wiped out jobs, locked people out of their bank deposits and raised the risk of widespread hunger.

It has also piled strain on army and security forces as the currency crash wiped out most of the value of their salaries at a time when unrest and crime are surging.

“The solution starts with forming a government to save what is left of this nation,” Fahmy said.

The explosion led to the resignation of Prime Minister Hassan Diab’s government. It has stayed on in a caretaker capacity until a new cabinet is formed.

But prime minister-designate Saad al-Hariri is at loggerheads with President Michel Aoun and has been unable to form a new government to carry out much needed reforms to unlock international aid since his nomination in October.

“Three months ago I would say the security situation is starting to break down, now I am saying it has broken down, all possibilities are open.”