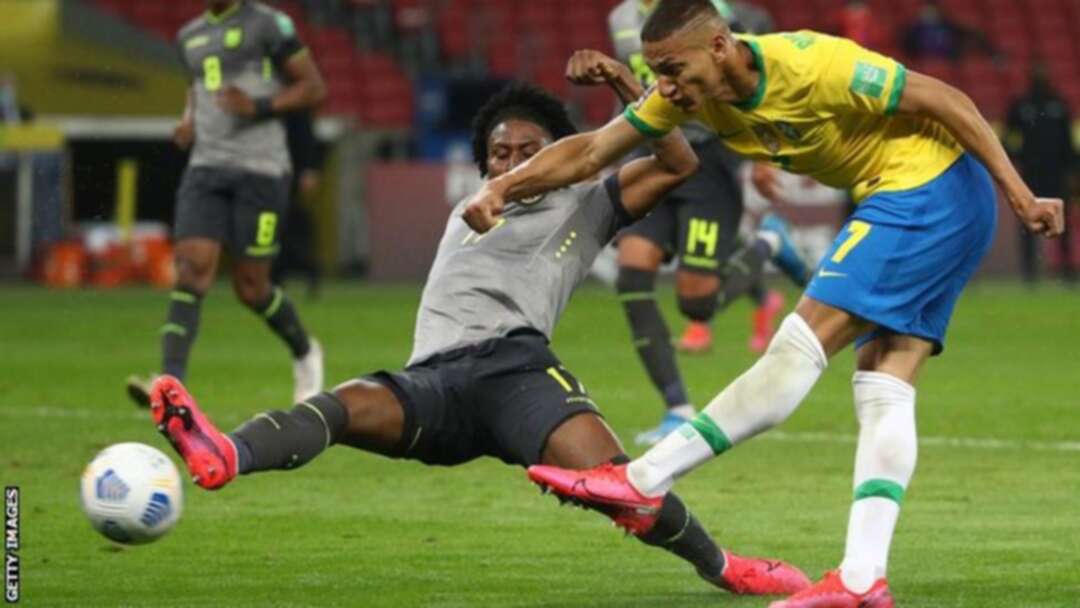 Brazil beat Ecuador 2-0 in South American World Cup qualifying. Everton forward Richarlison scored the first, and Paris St-Germain's Neymar got the second with a retaken penalty. The result means Brazil have won all five of their World Cup qualifiers.

They top the 10-team South America group with 15 points from five games, four ahead of second-placed Argentina.

Ecuador are third with nine points after winning three of their previous four qualifiers, and Brazil struggled to break them down, despite being the better side for much of the match.

Brazil's next game is against Paraguay in Asuncion on 8 June, while Ecuador host Peru the same day.

Trump is banned from Facebook and Instagram for 2 years, effective from Jan. 7 US is a strategic ally for Qatar, and Iran is our next-door neighbor, Qatari Foreign Minister says