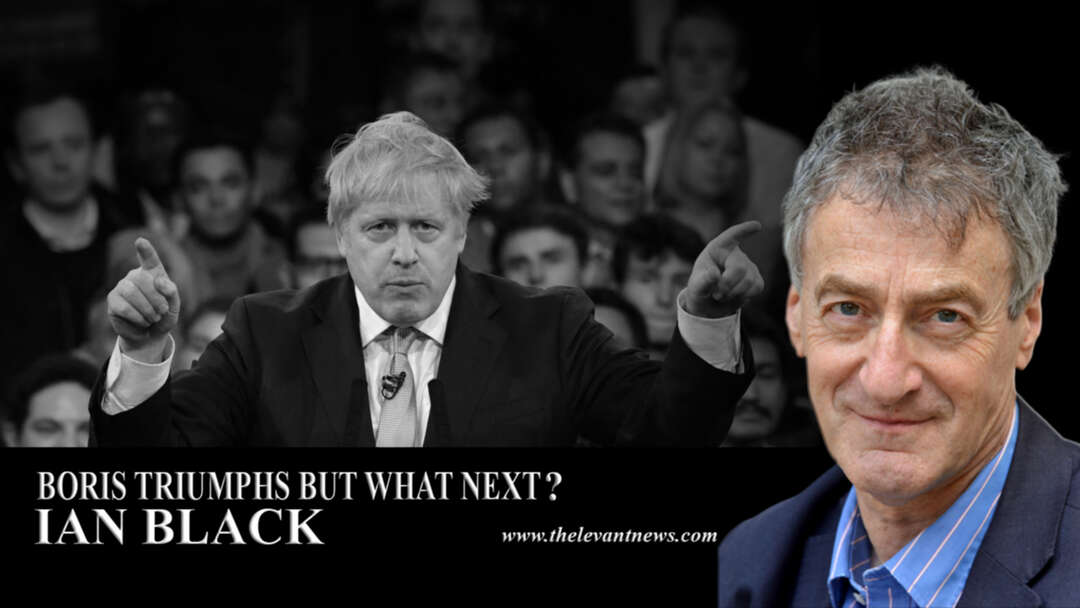 BORIS TRIUMPHS BUT WHAT NEXT ?

In terms of the changes that it will bring to the UK, the result ranks alongside the landmark election of 1945, when the wartime Conservative leader Winston Churchill was replaced by Clement Atlee of the Labour Party.Johnson will now be prime minister for a second term, and he is charged with delivering the biggest and most controversial upheaval Britain has seen since the second world war, or certainly since it joined the then European Economic Community in January 1973.

The winner’s relentless focus on leaving the European Union was the key to his success. He repeated the simple but catchy slogan “Get Brexit done” at every possible opportunity. That was a smart approach given the indisputable fact that three-and-a-half years since the fateful referendum of June 2016, millions of British people were fed up, frustrated and angry with the issue – and the paralysis it was causing to the country’s political and economic life.

The Conservatives’ 80-strong majority in the House of Commons was their best result since Margaret Thatcher in 1987. The opposition Labour Party’s disastrous performance was its worst since 1935.

Labour lost seats to the Conservatives in traditional working-class constituencies in the Midlands, North Wales and the north east of England in particular – its heartlands for generations, which voted to leave the EU in 2016. The so-called “Red Wall” turned blue overnight on December 12.

Anyone except the most diehard supporters of the Labour leader, Jeremy Corbyn, blamed him, not only for failing to adopt a clear position on Brexit, but for his personal unpopularity with voters. The phrase ABC – Anyone But Corbyn – will be his legacy. A civil war now looms in the party.

Two days after the election a triumphant Johnson visited one former Labour stronghold to rub his opponents’ noses in their defeat. That was a town called Sedgefield in County Durham, represented for years by Tony Blair, the most successful, and modernizing Labour leader since Atlee. The contrast with Corbyn could not have been greater.

Getting Brexit done, however, will not be easy. The next high point will come on January 31 when Britain formally leaves the EU. But that is the equivalent of a divorce agreement without dealing with property, access to the children and above all a future relationship on hugely important matters such as trade, environmental standards and workers’ rights. Until all those issues are settled the UK will be bound by the existing membership rules.

The good news domestically is that Johnson’s large majority will make it easier to do a deal with Brussels. The prime minister is nothing if not pragmatic – and he is capable of making concessions that would allow a softer Brexit than some of his positions suggest. But as the urgency will be on the British side the 27 remaining members of the club can play hardball with the UK.

Equally important is the question of a future UK trade deal with the US, with a six- month window of opportunity before Donald Trump – maybe – is no longer president.

Another cloud on the horizon is the very future of the United Kingdom of Great Britain and Northern Ireland. The record electoral success of the Scottish National Party means that demands for a referendum on independence will be harder to ignore. Nicola Sturgeon, the SNP leader, argues that the Scots did not vote to leave the EU. Edinburgh does not have the right to decide on a referendum on its own, but the issue that will not go away easily.

The same is true for Northern Ireland, which for the first time has more nationalist MPs than unionists. Unionists are horrified that what Johnson calls his “oven-ready” deal with Brussels includes checks on trade between the province and the rest of the UK to preserve the EU single market across the border with the Irish Republic. The threat of a united Ireland may not be immediate, but it is a sobering reminder of the potentially high costs of Brexit.

Johnson’s post-election pledge was to respect the principle of being a “one-nation Conservative” – committed to the wellbeing of all Britons whatever their political affiliation. Understandably, many have grave doubts about whether this ambitious and elitist Eton and Oxford graduate, with a rich record of lying about both personal and political issues, is suited to lead this divided country at a time of unprecedented turmoil. Planned infrastructure projects are already being dubbed “Boris bridges.”

Still, Johnson was, in the end, the choice of the majority of British voters. The Labour Party can at least console itself with one thought - maybe: that it will be better not to be in power when the wheels come off the Brexit bus.