Biden offers an awkward fist-bump to Erdogan, and the latter hopes to maintain relations with the US 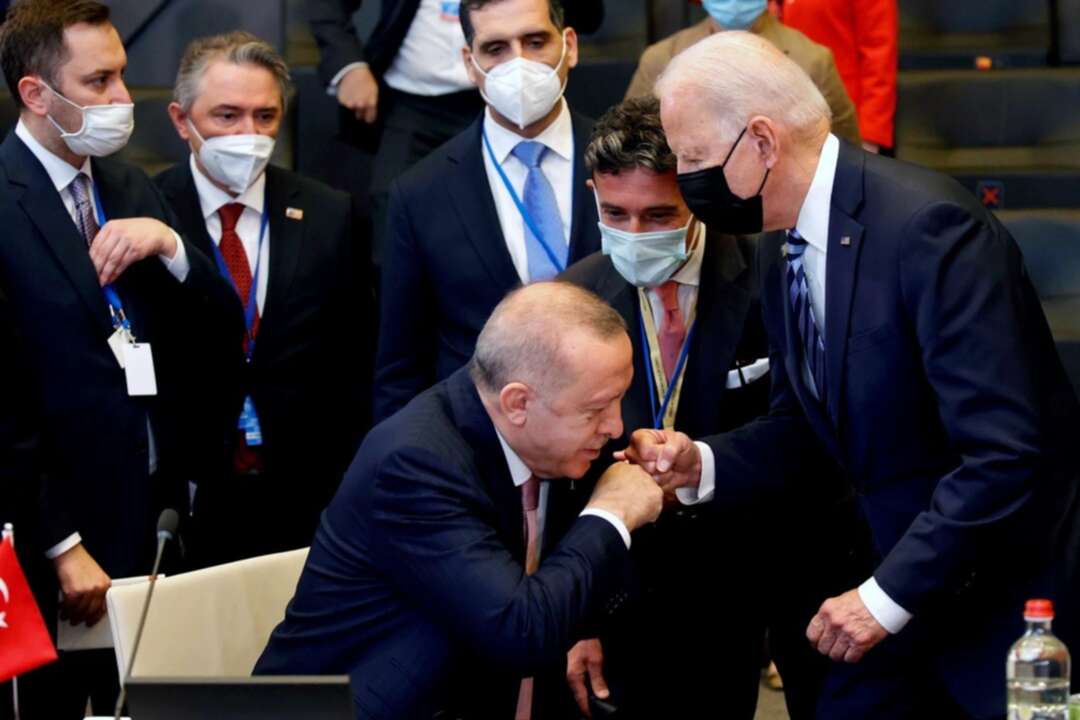 Despite reports that Mr Erdogan planned to express his displeasure with Mr Biden over the US’s recognition of the Armenian Genocide, both presidents shared a fist-bump greeting in Belgium at the annual NATO summit Monday. Media said, it is an awkward fist-bump offered from President Biden to Turkish President Recep Tayyip Erdogan . Erdogan


According to Nypost, President Biden on Monday offered an awkward fist-bump to Turkish President Recep Tayyip Erdogan in Belgium at the annual NATO summit Monday — as the Islamist strongman prepared to blast the US leader for his recent recognition of the Armenian genocide.

US president referred to the actions of the Ottoman Empire as a “genocide” in a statement in April marking the anniversary of the killings.

However, Mr Biden, wearing a mask, is seen talking to the maskless Turkish leader and sharing smiles with Mr Erdogan.

Nypost reported, that photographs captured by the Associated Press and other news outlets showed the two leaders talking briefly after sharing the gesture, which occurred as the leaders prepared for a private bilateral meeting amid the summit.

Some experts have said that while Mr Erdogan plans to enter the meeting and express his opposition to the US declaration, the Turkish leader is also hoping to show critics at home an improvement to US-Turkey relations at the summit.

“The Turkish president is desperate to offer this meeting to domestic and global investors as proof that bilateral relations are improving,” a former member of Turkey’s parliament, Aykan Erdemir, told The Hill.

The US president, meanwhile, is seeking to reinforce America’s commitment to the alliance after four years of President Donald Trump, who famously trashed US participation in NATO and blamed other member-states for insufficient contributions.

The Armenian Genocide was the systematic mass murder and ethnic cleansing of around one million ethnic Armenians from Anatolia by the Turks of the Ottoman Empire.

Most historians and about 30 countries judge the killings as a genocide. Turkey still denies the killings and deportation, claiming that Muslims and Christians alike died during the chaos of the first world war and the ensuing collapse of the Ottoman empire. Erdogan