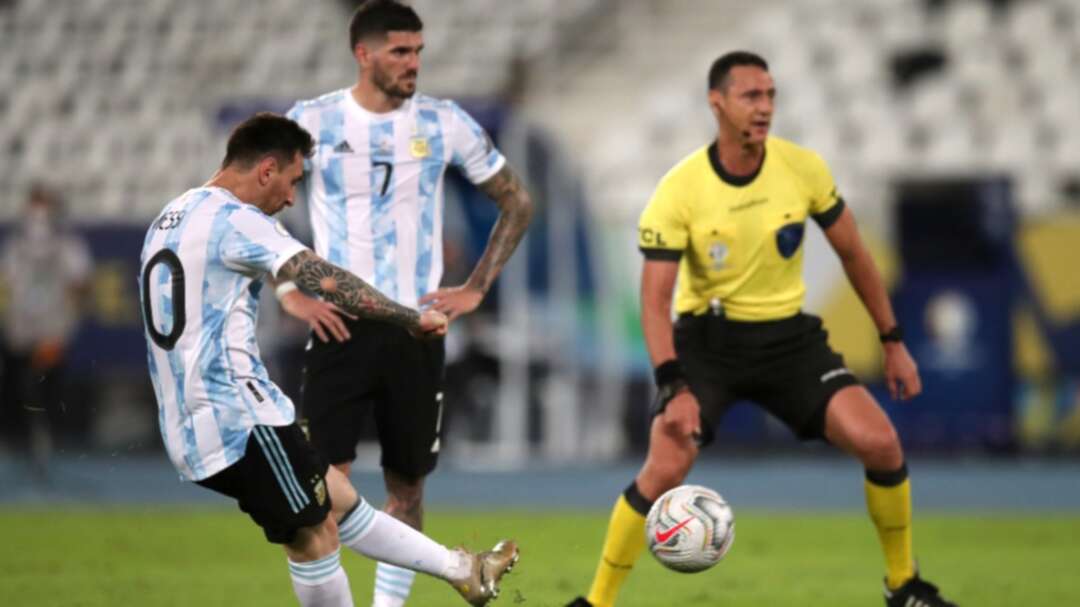 According to RT, Lionel Messi scored a goal that wasn't a penalty for Argentina for the first time in three years in the Copa America. He appeared to pay tribute to Diego Maradona after edging past rival Cristiano Ronaldo's free-kick record. Argentina

Messi appeared to mimic an iconic Maradona celebration to mark his magnificent strike, leaping into the air amid the strange surroundings of the empty stadium while directing an air punch downwards.

That gave Messi fans one bragging right in the seemingly endless debate over who is the greatest modern footballer between Cristiano Ronaldo and his arch-rival, taking 'the flea' one direct set-piece goal beyond the Portugal captain's total of 57.

RT reported, citing a site dedicated to the highly contentious rivalry between Messi and Ronaldo, the one-club man scores from a free-kick roughly every 16 matches. Argentina

The last time Messi lauded Maradona with a tribute, he was fined thousands of dollars in Spain for breaking rules to take his shirt off, revealing the strip of Newell's Old Boys, who Maradona played for in his homeland.

Messi admirers on social media pointed to the fact that their hero had scored five free-kick goals to Ronaldo's 30 in early 2012, changing that discrepancy rapidly after Barcelona appointed him as their regular dead ball specialist. Argentina

He caused damage to Belarus, Roman Protasevich says at briefing sitting next to military chiefs Biden offers an awkward fist-bump to Erdogan, and the latter hopes to maintain relations with the US