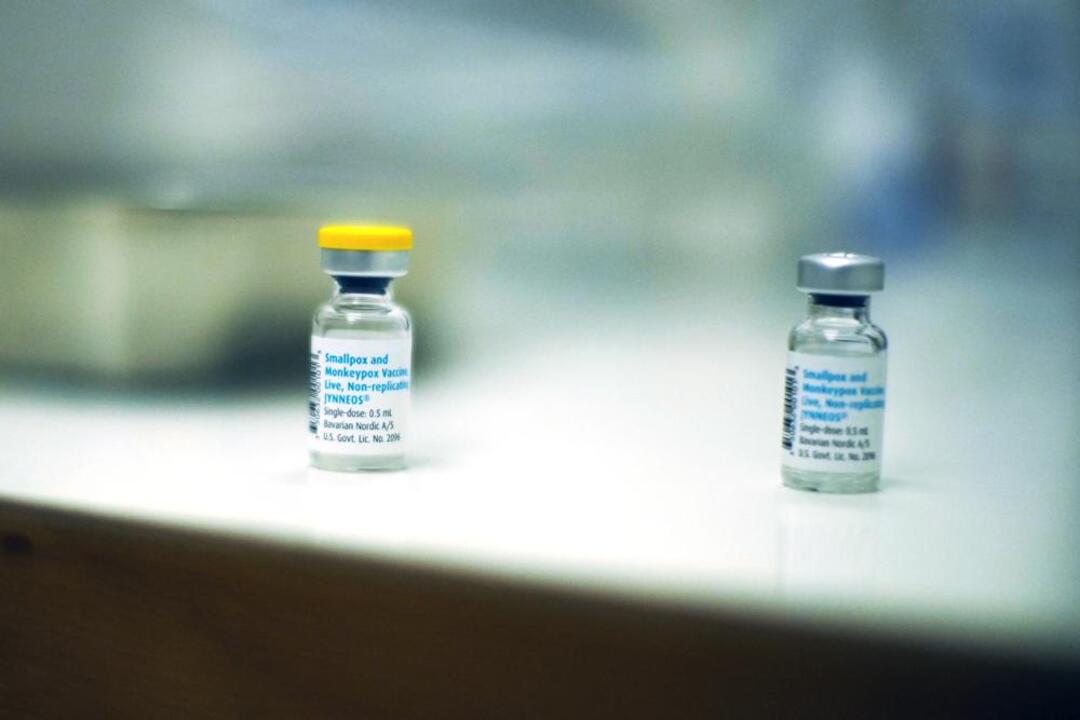 Empty vials of vaccines against Monkeypox lie on a table after being used to vaccinate people at a medical center in Barcelona, Spain, Tuesday, July 26, 2022. (AP Photo/Francisco Seco)

The New York Times reported on Monday (August 8), citing US officials, the Biden administration has decided to stretch out its limited supply of monkeypox vaccines by allowing a different method of injection, that uses one-fifth as much per shot.

The United States declared monkeypox a public health emergency last week, in an effort to bolster the US response, and contain the outbreak, according to the Khaleej Times, Reuters reported.

For US Food and Drug Administration (FDA) to authorize this intradermal injection – injecting one-fifth of the current dose into the skin, instead of a full dose into underlying fat, the Department of Health and Human Services (HHS) will need to issue a new emergency declaration, the report said, allowing regulators to invoke the FDA's emergency use powers.

According to the newspaper, the announcement is expected as early as Tuesday afternoon (August 9).

The White House, HHS and the FDA did not immediately respond to Reuters' requests for comment.

Of late, more than 80 countries where monkeypox is not endemic have reported outbreaks of the viral disease, which the World Health Organization (WHO) has declared a global health emergency, as confirmed cases crossed 27,800, and non-endemic countries reported their first deaths.

According to the WHO, the disease first identified in monkeys in 1958. It has mild symptoms, such as fever, aches and pus-filled skin lesions, and people tend to recover from it within two to four weeks. It spreads through close physical contact, and is rarely fatal.

The EU's plan to cut gas use by 15% comes into effect from today Report: Three injured in Google data center explosion