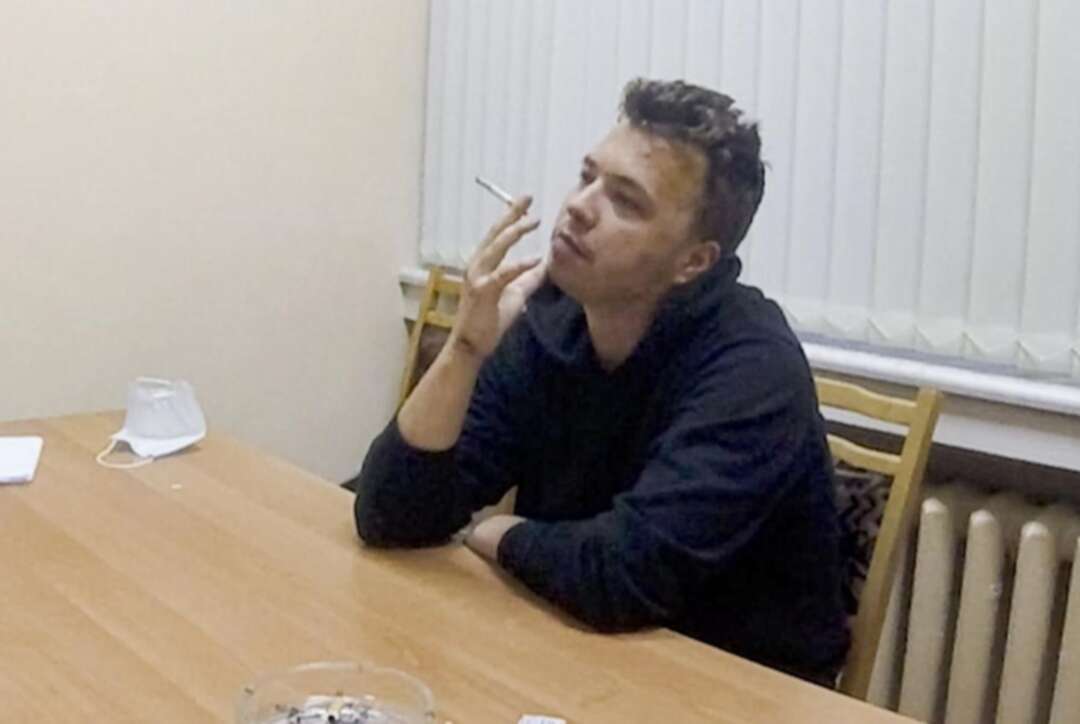 On Thursday evening, an official Belarus channel broadcasted a television interview with the Belarusian journalist and opposition activist Roman Protasevich, who was arrested after his plane was intercepted and diverted to Minsk. Human rights activists considered this interview was conducted under pressure. Roman Protasevich

Protasevich, founder of the Telegram channel "Nexta", that was a key information conduit for opponents of Belarusian President Alexander Lukashenko, said in the interview, in which he seemed uncomfortable, to call for protests last year, then praised Lukashenko.

The broadcast was the second appearance in two days by 26-year-old Roman Protasevich, whose arrest on May 23 was denounced in the West. By showing him on TV as cowed and repentant, Belarus could aim to counter that criticism.

At the end of the 90-minute interview, in which Protasevich sat on a stark black set, he said, “I am cooperating absolutely fully and openly ... and live an ordinary, calm life, have a family, children, stop running away from something.”

He then covered his face with his hands and wept. Roman Protasevich

Bogdanov : Early elections may be held in Syria The 74th Cannes Film Festival of this year runs from July 6 to 17