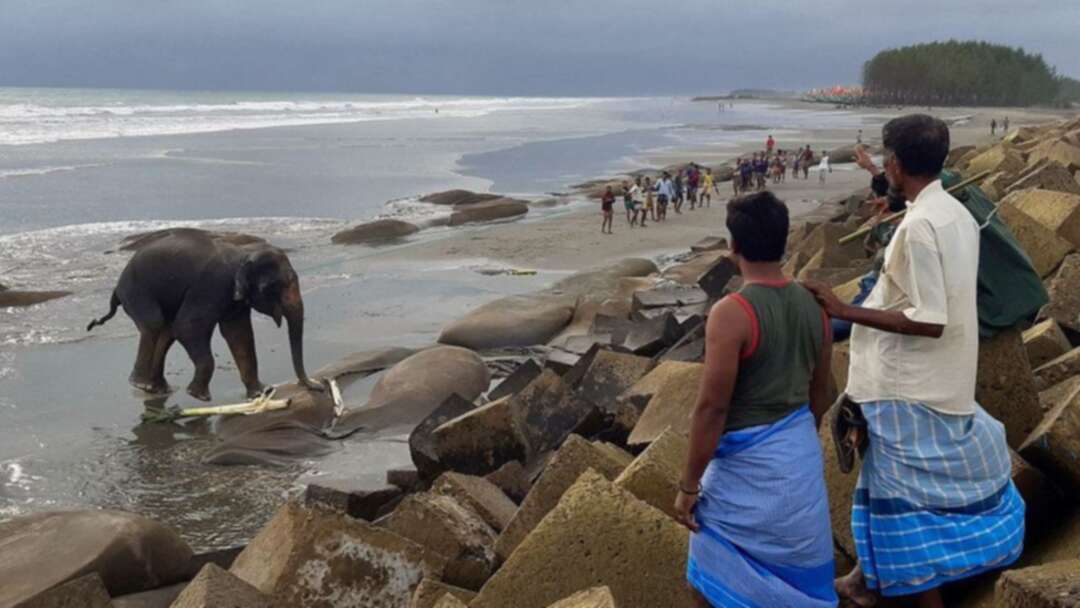 According to BBC, two elephants have been led to safety after nearly dying at sea off the coast of Bangladesh.

The pair became separated from their herd in Myanmar, waded across a river into Bangladesh, and were driven on to a beach by scared local residents. Bangladesh

After four days stuck by the sea surrounded by onlookers, the elephants swam into the Bay of Bengal.

Authorities then rescued the animals with help from local fishermen, using ropes to bring them back to shore.

The BBC reported that local official Syed Ashiq Ahmed told United News Bangladesh, that the elephants have since been given food and will be taken to a nearby forest.

Fazlul Haque, a councillor in the seaside town of Teknaf, told AFP news agency that local residents had been intimidated because people had been killed in previous encounters with elephants.

The forest habitats of elephants in the region are increasingly threatened by logging, farming, and fires.

In recent years, a major elephant migration route has also been blocked by camps housing thousands of Rohingya refugees from Myanmar. Bangladesh

As a result of this encroachment by humans, elephants have often been forced to venture outside their usual routes in search of food.

Raquibul Amin, a regional leader of the International Union for Conservation of Nature, told AFP that this was the fourth such incident this year.

He called for greater co-operation between Myanmar and Bangladesh to monitor elephants and take steps to "reduce human-elephant conflict". Bangladesh