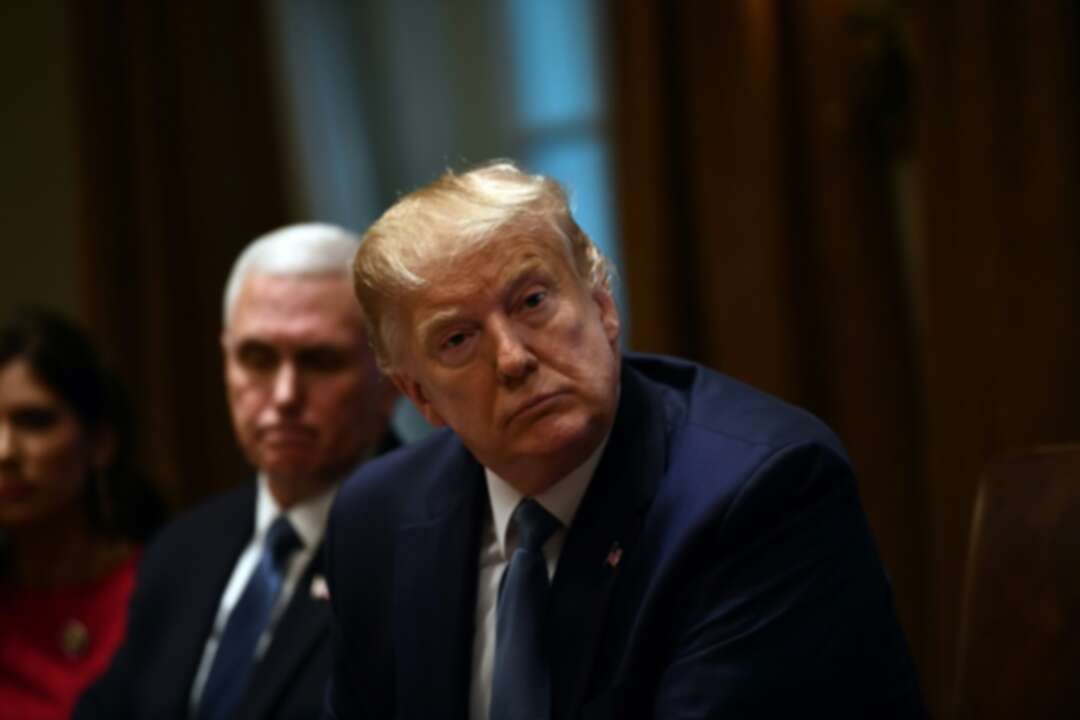 US lawmakers on Monday careened toward the brink of one of the most divisive and momentous political steps in years: the impeachment of President Donald Trump for abuse of power and obstruction of Congress.

Days before the historic House vote, several congressional centrists, including some representing Trump-friendly districts, announced they will now support his impeachment, a boost for House Speaker Nancy Pelosi's effort to present a united front in her chamber's vote.

The group had been under intense political pressure from Trump and other Republicans eager to paint impeachment as extremist liberal overreach.

But seven freshman moderate Democrats published an opinion essay Monday in The Washington Post explaining they were holding firm.

"We are veterans of the military and the nation's defense and intelligence agencies," they wrote. "As members of Congress, we have prioritized delivering for our constituents."

Yet everything we do harks back to our oaths to defend the country. These new allegations are a threat to all we have sworn to protect."

Among the authors was Elissa Slotkin from the swing state of Michigan, who faced a mixture of heckling and cheers when she discussed her decision at a town hall event.

"While we may not agree, I hope you believe me when I tell you that I made this decision out of principle," Slotkin said.

Slotkin acknowledged she could lose her job by voting yes, but "this is bigger than politics."

Polling shows Americans are almost evenly divided. A series of nationally televised hearings in recent weeks have failed to move public opinion, and signs of impeachment fatigue have emerged.

Even as Trump faces disgrace given the likelihood of his impeachment, a new poll shows his approval rating has inched upwards to a high point, although the figure remains underwater.

No Republicans publicly support impeachment, although congressman Justin Amash -- who left the party this year and is now an independent -- does.

It alleged severe episodes of "criminal" conduct by the president, including bribery -- rebutting the Republican argument that Democrats have identified no specific criminal wrongdoing by Trump.

"President Trump's abuse of power encompassed both the constitutional offense of 'bribery' and multiple federal crimes," the 658-page report said, adding Trump's conduct was "unlike anything this nation has ever seen."

The House Rules Committee prepared to meet Tuesday to lay down guidelines for floor debate on impeachment.

When the Democratic-controlled House of Representatives convenes Wednesday to weigh the two charges, Trump is expected to become only the third US president to be impeached, after Andrew Johnson in 1868 and Bill Clinton in 1998.

Richard Nixon resigned in 1974 just before a House impeachment vote. Neither Johnson nor Clinton was convicted in the Senate.

Trump is also unlikely to be removed from office in his Senate trial, where Republicans hold a 53-47 majority.

Top Senate Democrat Chuck Schumer said he was aiming for a trial to start January 6 that would mete out "swift but fair justice" to Trump, though Republican loyalists acknowledged they were less interested in being impartial jurors than protecting the president.

Schumer also sought to set limits on testimony length and questioning of witnesses.

The White House swatted away Schumer's "laughable" letter to McConnell, but some Republicans, while not openly advocating for Mulvaney to testify, were looking for a bipartisan agreement to match the gravity of the moment.

"I think that they should try to work together," Republican Senator Lisa Murkowski said of McConnell and Schumer.

Senate rules on impeachment are determined by a simple majority vote in the chamber. Unless at least four Republicans defect, McConnell will be able to set the parameters.

Democrats have bridled at McConnell's recent promise of "total coordination" with the White House, as well as Senator Lindsey Graham's apparent dismissal of the need to be a "fair juror" in the process.

One of the two impeachment articles to go before the House charges Trump with abuse of power for conditioning military aid and a White House meeting on Ukraine's investigating Democrats ahead of the 2020 presidential election.

The other charge him with obstructing Congress for refusing to cooperate with the inquiry and ordering other officials not to appear.

"The Impeachment Hoax is the greatest con job in the history of American politics!" Trump boomed Monday on Twitter.

Democrats have long feared moderate members of the party from Trump-friendly districts could lose their seats next year if they vote to impeach.

One Democrat opposed to impeachment, New Jersey's Jeff Van Drew, is expected to switch allegiance to the Republican Party this week. Several of his staffers have reportedly resigned ahead of the defection.

Trump was buoyed meanwhile by a new Quinnipiac University poll that showed him matching his best job approval rating ever, with 43 percent of registered voters supporting and 52 percent opposing his performance.