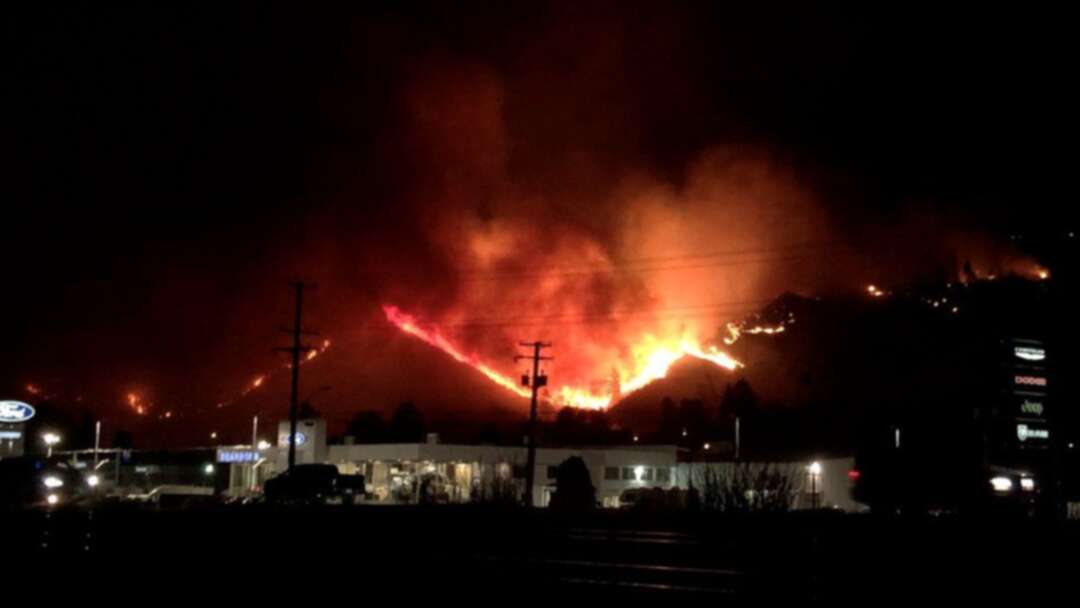 According to BBC, more than 130 wildfires - fuelled by lightning strikes - are burning across western Canada following a record-breaking heatwave. Western Canada

Earlier this week, people had to flee the village of Lytton in the province.

Lytton, which recorded Canada's highest ever temperature of 49.6C (121.3F) on Tuesday, was later destroyed by fire.

The blaze in the village, which is home to some 250 people and located about 260km (160 miles) north-east of Vancouver, forced many residents to leave without their belongings on Wednesday evening.

The BBC reported that Mayor Polderman said the ""Within about 15 minutes the whole town was engulfed in flames."

On Friday, the British Columbia Wildfire Service said that 136 fires were active across the province, and that about 12,000 lightning strikes had been recorded the previous day. Western Canada

According to service's director of provincial operations Cliff Chapman, "Many of those lightning strikes were hitting near communities."

Hundreds more residents have been warned they may have to leave their homes.

Canada's Defence Minister Harjit Sajjan said the government would provide assistance including military helicopters and personnel to help tackle the fires and reach people threatened by the flames.

The blazes have forced the closure of a number of highways in both directions.

Public Safety Minister Bill Blair said the weather and the wildfires were having a "devastating" and "unprecedented" impact on British Columbia.

"These wildfires show that we are in the earliest stages of what promises to be a long and challenging summer," he said.

The province's medical examiner's office said extreme heat was likely to have contributed to 719 sudden deaths over the past week - a figure it said was "three times more" than the average for the time of year.

"Many of the deaths experienced over the past week were among older individuals living alone in private residences with minimal ventilation," Chief Coroner Lisa Lapointe said in a statement. Western Canada

Temperatures have been easing in coastal areas of Canada, but there is not much respite for inland regions. The British Columbia Wildfire Service said it was bracing for more wildfires throughout the weekend.

Abnormally high temperatures have been recorded in swathes of North America in recent days.

Experts say that climate change is expected to increase the frequency of extreme weather events, such as heatwaves. However, linking any single event to global warming is complicated. Western Canada