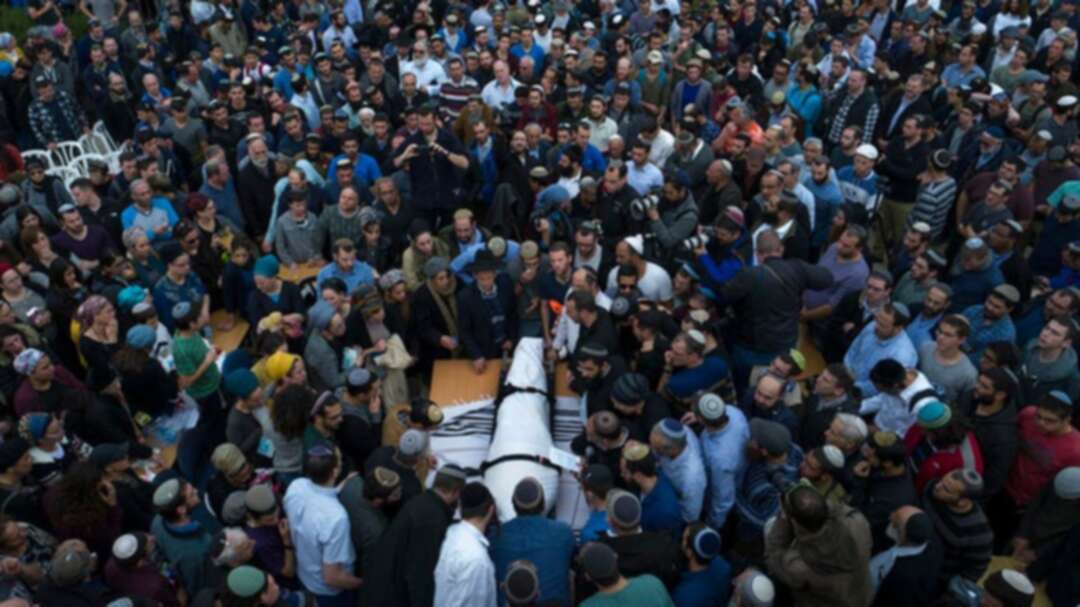 Friends and family mourn Rabbi Itamar Ben Gal during his funeral in the settlement of Har Bracha on February 6, 2018. (AP)

An Arab Israeli has been sentenced to life in prison for the “nationalistically motivated” murder of an Israeli settler in the occupied West Bank last year, a court said.

In its Sunday ruling, the Lod district court in central Israel said Abed Hakim Assi, born in 1998, fatally stabbed Itamar Ben-Gal, 29, near the settlement of Ariel on February 5, 2018, after identifying the rabbi and father of four as Jewish.

Assi, whose mother is an Arab Israeli and father a Palestinian from the West Bank, “had decided to commit an act of nationalistically motivated terror” following an argument with soldiers at the Ariel checkpoint the previous day, the sentencing said.

A video of the incident showed Ben-Gal, of the Har Bracha settlement, waiting for a bus while wearing a Jewish skull cap.

A man Israeli authorities later identified as Assi crossed the road and stabbed him in the chest before fleeing the scene.

Assi went into hiding in the northern West Bank but was arrested the following month.

The three-judge panel sentenced Assi, who confessed to the crime, to life in prison and ordered he pay Ben Gal’s widow and children 258,000 shekels ($74,380).

Media reports suggested Assi, who was living in Tel Aviv before the attack, had a background of drug abuse and social problems.