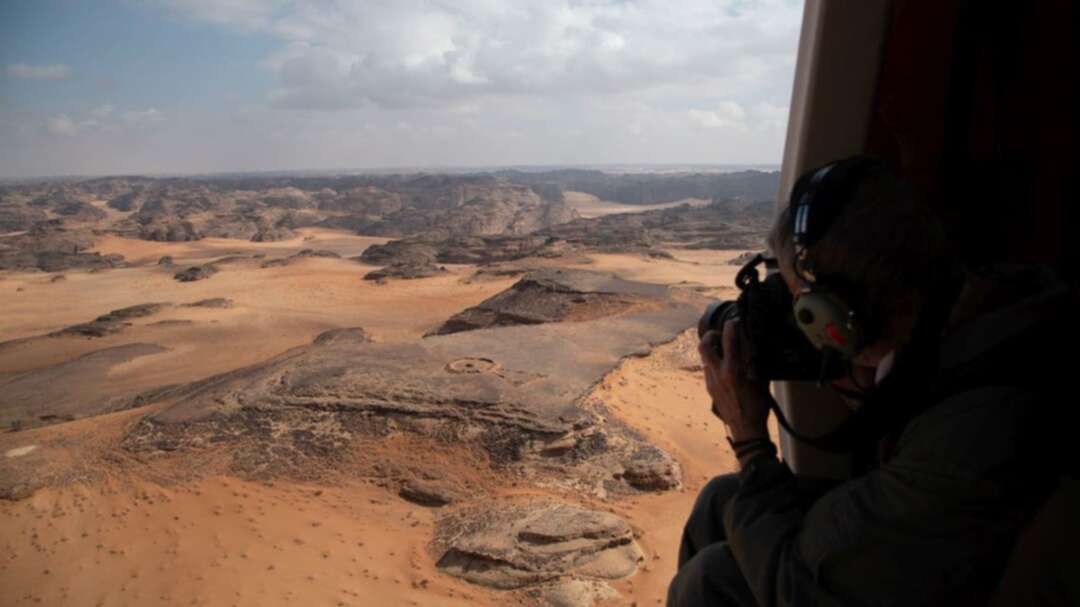 Extensive aerial surveys of AlUla, conducted by a University of Western Australia team, are providing a fuller picture of its rich archaeological heritage, including this tomb in Sharaan. (Image: Royal Commission for AlUla)

A significant archaeological discovery in north-west Saudi Arabia shows a monumental, complex of structures called mustatils that are more ancient than previously believed, a specialist research body revealed Thursday. The Kingdoms Institute, the recently unveiled center for archaeological research and conservation studies in AlUla, made the announcement.

While the existence of the mustatils was previously known, the more than 1,000 mustatils that the RCU-commissioned team recorded are roughly twice as many as were previously identified.

The aerial and ground research led by a team from the University of Western Australia surveyed vast stretches of the region by remote sensing and helicopter. After recording their presence from the air, the team then explored some 40 at ground level and excavated one – altogether constituting the largest study of mustatils to date. These ancient structures in the Arabian desert provide early evidence of ritual activity.

Radiocarbon dating of a cattle horn and tooth that were found in a chamber at one mustatil in AlUla, and which, along with others, appear to have been used as ritual offerings, revealed a Late Neolithic, sixth-millennium BC date.

The structures are spread across the desert and are more the 7,000 years old. The latest announcement claims that they as older than the pyramids.

The Kingdoms Institute will be a place of discovery, science and knowledge sharing with the local community and visitors from around the globe about the heritage and culture of the region. (Image: Royal Commission for AlUla)

“We think of them as a monumental landscape,” said Melissa Kennedy, an archaeologist at the University of Western Australia in Perth and an author of the study, NBC reported her as saying. “We are talking about over 1,000 mustatils. These things are found over 200,000 square kilometers <77,000 square miles>, and they’re all very similar in shape ... so perhaps it’s the same ritual belief or understanding.”

The "head" of a mustatil consists of a larger wall of stones and contains a small niche or chamber; researchers have found animal bones in at least one of the chambers, which suggests it was used to make sacrificial animal offerings, according to NBC.

The Kingdoms Institute was unveiled last month, and falls under the auspices of the Royal Commission for AlUla (RCU). The RCU has been conducting a program of extensive research across AlUla County that is expanding the knowledge of the area’s human history while also becoming the intellectual foundation of the institute as a global hub for archaeological research and conservation.

“We have only begun to tell the hidden story of the Ancient Kingdoms of North Arabia,” said José Ignacio Gallego Revilla, the RCU’s Archaeology, Heritage Research and Conservation Executive Director. “There is much more to come as we reveal the depth and breadth of the area’s archaeological heritage, which for decades has been under-represented, but which will finally have the showcase it deserves in the Kingdoms Institute.”