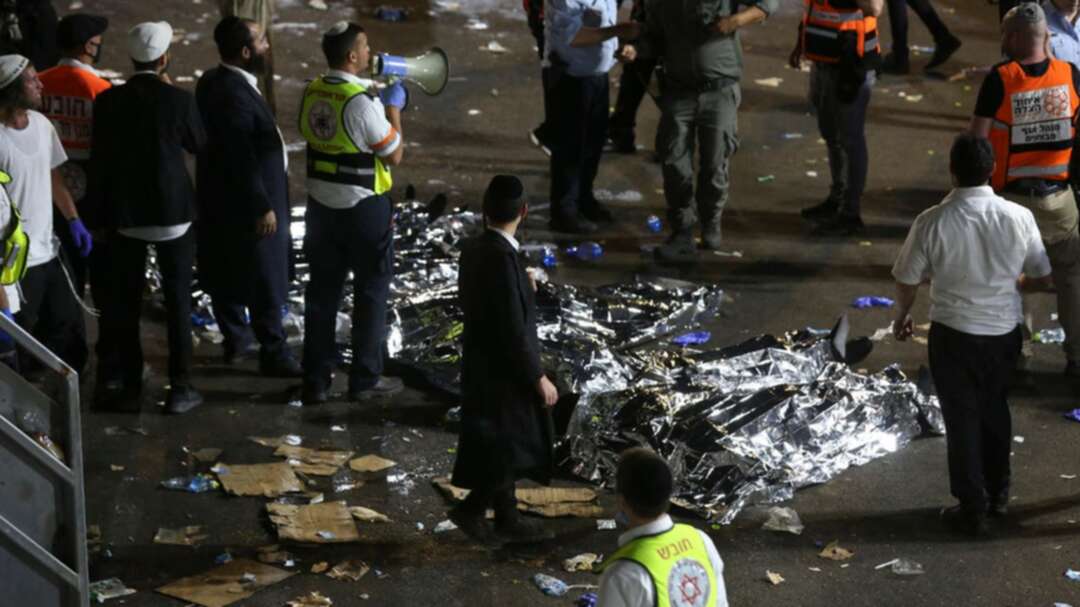 ltra-Orthodox Jewish men stand next to covered bodies after dozens of people were killed and others injured after a grandstand collapsed in Meron, Israel, where tens of thousands of people were gathered to celebrate the festival of Lag Ba'omer at the site in northern Israel early on April 30, 2021. (File photo: AFP)

A number of US citizens are among the dozens killed or injured in a stampede at a Jewish religious festival in Israel, a US Embassy spokesperson said on Saturday. Israeli festival

At least 45 people were crushed to death and more than 100 injured in the disaster on the slopes of Israel’s Mount Meron, which occurred overnight between Thursday and Friday.

“We can confirm that multiple US citizens were among the casualties,” the spokesperson said, and casualties included both dead and injured.

“The US Embassy is working with local authorities to verify whether any additional US citizens were affected, and is providing all possible consular support to affected US citizens and their loved ones. Out of respect for the families at this difficult time, we have no further comment.” Israeli festival 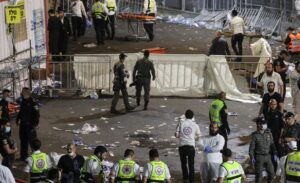 Medics and rescue workers attend to the Lag B'Omer event in Mount Meron, northern Israel, where fatalities were reported among the thousands of ultra-Orthodox Jews gathered at the tomb of a 2nd-century sage for annual commemorations that include all-night prayer and dance, at Mount Meron, Israel April 30, 2021. (Reuters)

The Israeli Foreign Ministry said on Friday that consulate officials in New York were in contact with four families of victims and the embassy in Argentina was in contact with one family.

Canadian Prime Minister Justin Trudeau said on Friday that he had learned of the death of two Canadians in the disaster.

The Israeli Health Ministry said 32 of the dead had been identified by late Friday. The identification process paused for 24 hours in observance of the Jewish Sabbath and would resume on Saturday evening.

More than 20 of the people injured were still hospitalized by Friday night. Israeli festival