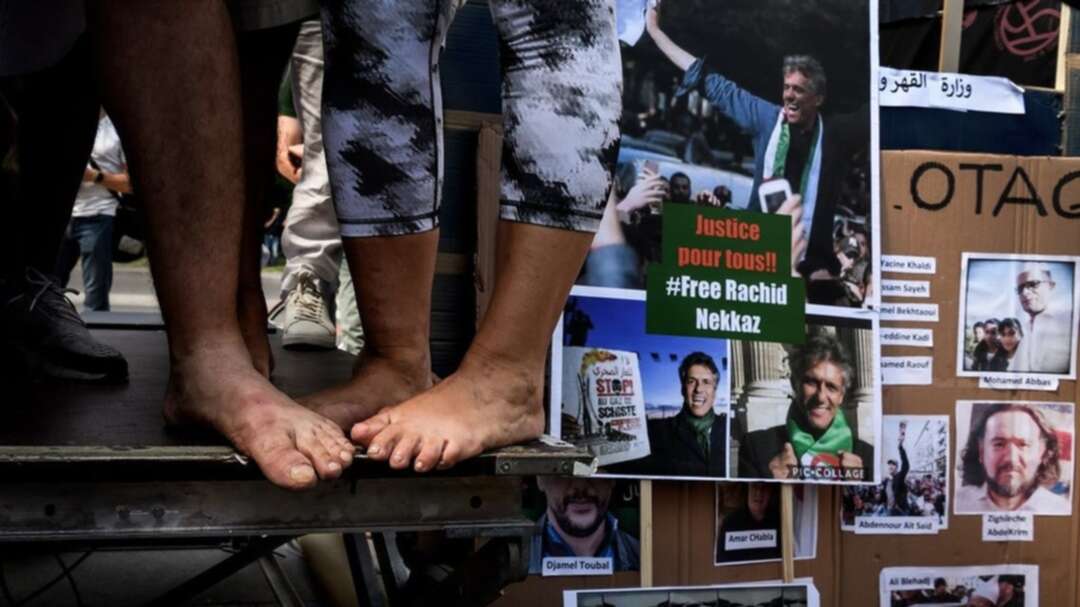 Walid Nekkiche was arrested on November 2019 in Algiers during a Hirak anti-government protest. (File photo: AFP)

The public prosecutor at a court in Algiers ordered an inquiry Sunday after a student alleged security forces had tortured him in custody, a statement said.

Walid Nekkiche was arrested on November 26, 2019, in Algiers during a march of students from the Hirak anti-government protest movement, which first launched vast street demonstrations early that year to oppose then-president Abdelaziz Bouteflika’s bid for a fifth term in office.

On February 1, during his trial, the 25-year-old, who spent more than a year in administrative detention, said members of the security forces “sexually, physically and verbally assaulted” him while in custody.

The allegations provoked outrage in Algeria and calls for an inquiry had mounted in recent days.

The prosecutor said in a statement that “a preliminary investigation into the matters brought forward” by Nekkiche had been ordered, with the aim of “establishing the truth about what happened.”

The move came after media “reactions and commentary” following the student’s allegations, the statement added.

It expressed concern for “respect of the freedom and dignity of suspects held in custody.” 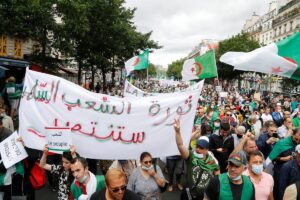 People attend a demonstration in Paris on July 5, 2020 in support of Algeria's Hirak key protest movement as Algeria celebrates today the anniversary of its 1962 independence from France. (File photo: AFP)

“I went through hell... I put up with a lot during those 14 months in prison and particularly the six days spent in the Ben Aknoun barracks” in Algiers, French-language daily Liberte reported Nekkiche as saying on Saturday.

Nekkiche was released earlier this week on time served after being sentenced to six months in prison for “possession and distribution of pamphlets in order to harm the country’s interest.”

The prosecutor at the Dar El Beida court in Algiers had requested life imprisonment for the student, who was accused of “conspiracy against the state”, “undermining national integrity” and “inciting the population to bear arms” -- very serious charges under Algerian law.

Vice President of the Algerian League for Human Rights (LADDH), Said Salhi, told AFP that “pending a new, fair and impartial trial” for Nekkiche, the organization would closely follow the case “until truth is established and justice served.”