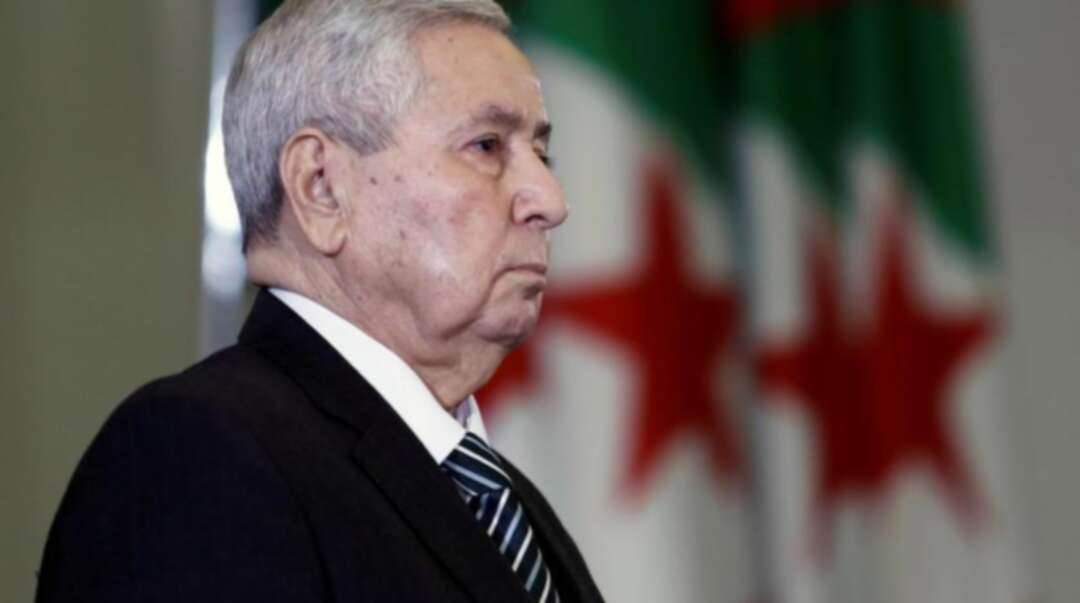 Algerian President Abdelmadjid Tebboune received the resignation of Abdelkader Bensalah from the presidency of the Council of the Nation, the country's upper house of parliament, announced the Algerian presidency in a statement.

The statement published by the state news agency said that Tebboune received a letter from Bensalah informing him of his desire to end his mandate as the head of the Council of the Nation.

President Tebboune responded to Bensalah thanking him for his dedication and selflessness in the service of the parliament, the Algerian State, and the people.

“History will undoubtedly remember that you have always been the right person for the situation each time the country has called on you.”

Sources close to Bensalah told Asharq Al-Awsat that his resignation is purely for health reasons after he underwent chemotherapy over the past few months.

Bensalah, 78, is described as a “servant of the system”, as a metaphor for his discipline that distinguished his course in Algeria since the 1970s, especially during its war against terrorism in the 1990s.

After the dissolution of parliament and the resignation of the late President Chadli Bendjedid at the beginning of 1992, the army formed an alternative structure for the elected parliament, the “Transitional National Council”, appointing Bensalah as its president.

Bensalah chaired the first pluralist parliament, after returning to the electoral track in 1997, and in 2002 former President Abdelaziz Bouteflika chose him as the head of the National Assembly, from the president’s constitutional quota.

He remained loyal to Bouteflika, even after 2013 when the former president became ill, and performed tasks on his behalf at home and abroad. He also faced strong opposition demanding the dismissal of Bouteflika.

Bensalah remained at the former president’s side until the moment he resigned (April 2, 2019) under pressure from the street, where he appeared with him as he presented his resignation to the former chairman of Algeria's Constitutional Council, Tayeb Belaiz.

Bensalah resigned from his position as Speaker of National Assembly after Bouteflika stepped down, to later lead a transitional period of three months in accordance with the constitution, until the election of a new president.

After that period, Salah Goudjil succeeded Bensalah as Acting President of the council. He was unable to organize presidential elections on July 4 due to the lack of candidates.

At the beginning of the popular movement, millions of protesters on the street demanded Bensalah step down from power because he reminded them of Bouteflika's reign, which was symbolized by corruption and mismanagement.

However, late army chief General Ahmed Gaid Salah insisted on him and assigned him as head of state until the elections of December 12.