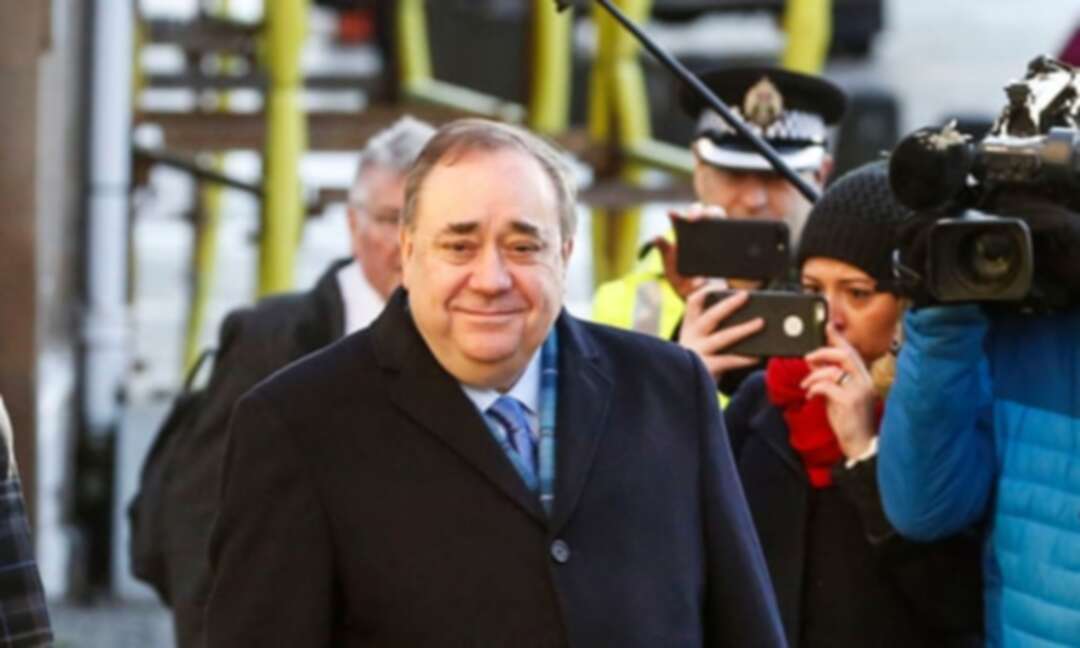 Alex Salmond is due to give evidence at Holyrood on his allegations of a Scottish government conspiracy against him, with MSPs expected to issue a last-ditch order seeking the release of evidence.

The former first minister is expected to testify on oath from 12.30pm after weeks of wrangling over his appearance, and legal battles over the publication of his allegations against his former protege Nicola Sturgeon and the Scottish National party.

In a dramatic intensification of his feud with his former allies, Salmond accused the current first minister and his former colleagues, including Peter Murrell, Sturgeon’s husband and SNP chief executive, of conspiring to the point of wanting him jailed.

They were involved, he alleges, in “a deliberate, prolonged, malicious and concerted effort” to destroy his reputation and career.

In a development linked to those allegations, the committee that will question Salmond is preparing to serve a legally enforced disclosure order on the Crown Office, Scotland’s prosecution service, later on Friday.

MSPs will order the Crown Office to release private WhatsApp and text messages between senior figures in the SNP and the Scottish government that Salmond believes prove they colluded to bolster his prosecution for multiple alleged sexual assaults.

Salmond was charged in 2019 with 14 counts of sexual assault, including one of attempted rape, but was acquitted of all charges after a high court trial in March 2020.

Sturgeon, who is due to finally give evidence next Wednesday, robustly rejected his claims and opposition criticism of her conduct in fiery exchanges during first minister’s questions on Thursday. Both Salmond and Sturgeon are expected to be questioned for about four hours.

She said Salmond had not yet presented a “shred of evidence” to justify his conspiracy theories. She said opposition leaders were traducing prosecutors and government institutions “just because they happen to dislike this government, and to sacrifice all of that on the altar of the ego of one man”.

These former allies, once the most potent partnership in Scottish politics, are being questioned by a cross-party committee set up to investigate the Scottish government’s botched internal inquiry in 2018 into sexual harassment complaints against Salmond brought by two civil servants.

That inquiry was declared unlawful on procedural grounds by a civil court judge in January 2019, and its conclusions struck down, after Salmond lodged a judicial review. He was later awarded £512,000 in legal costs by a judge; the Scottish government is estimated to have spent more than £600,000 fighting that case.

Leslie Evans, the permanent secretary of the Scottish government, has defended the government inquiry and said it was justified given the significance of the allegations against Salmond, and the need to protect government staff from harassment.

The committee’s disclosure order, using very rarely used powers under the Scotland Act that set up the devolved parliament in 1999, is the second time it has demanded the Crown Office release private messages.

In late January, the committee made its first instruction to the Crown Office. Some were handed over the following week, with MSPs only allowed to see them in a private room without getting any copies.

It emerged those messages included many from women who became complainers against Salmond in his trial. MSPs admitted that those were personal and private, and established those women were giving each other support.

Rape Crisis Scotland, which has represented many of the complainers, was furious and believed the committee had no right to read them. It said releasing private messages could dissuade future victims of sexual violence from coming forward.

Opposition members of the committee believe the Crown Office gave MSPs the wrong messages, and had failed to hand over those that Salmond alleges proved a conspiracy.