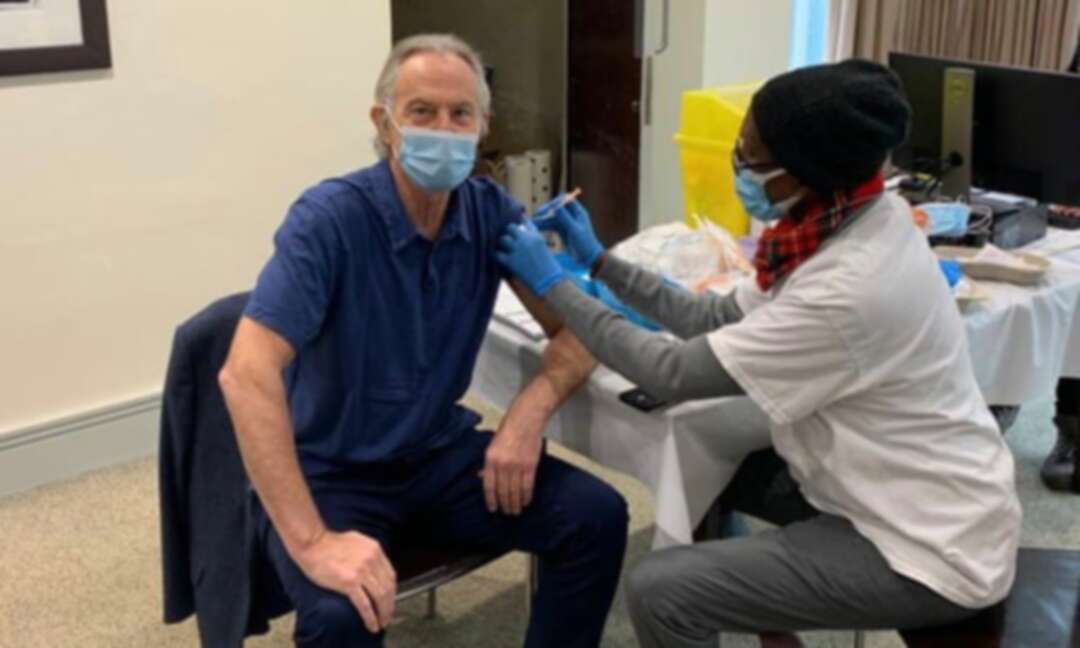 Tony Blair receiving the Covid-19 vaccine at Lord’s cricket ground. His institute has launched a report outlining lessons to be learned from the pandemic.

World leaders could have cut the length of the Covid outbreak by three months if they had collaborated on vaccines, testing and drugs, Tony Blair has claimed as he launched a report on preparing for the next deadly pandemic.

The former Labour prime minister urged the UK to take the lead in developing a new “health security infrastructure” that would ensure countries coordinate better in identifying emerging new threats as well as developing, testing and manufacturing vaccines and treatments.

“Had there been global coordination a year ago, I think we could have shaved at least three months off this virus,” Blair told the Guardian in an interview.

The report, The New Necessary, published by his Institute for Global Change, argues that in future, with the right international coordination and investment, the creation of a new vaccine could be achieved in as little as 100 days.

“The time that it’s taken for us to identify the virus, to develop a vaccine and to get it into production and distribution has been roughly, 15 months. And the result of that has been that the world has suffered a huge, catastrophic economic event as well as a health event,” he said.

“The obvious lesson to draw for the future is, number one, you have to prepare for the potential of this happening again, or with different variants of this particular virus. And number two, you cannot afford to take this long to get on top of it.”

With Boris Johnson chairing the G7, Blair called on the UK to spearhead the creation of a more responsive system for tracking diseases and collaborating on tackling them.

The report calls on the government to treat preparing for the next pandemic as “akin to a military operation”, tracking the emergence of new diseases using state-of-the-art surveillance and having “surge capacity” ready to produce vaccines and drugs.

It calls for pandemics to be dealt with as potential security threats – like climate change or cyber-attacks, Blair says – to ensure the issue gets the government time and attention it requires.

Johnson was criticised for skipping several Cobra meetings in the early days of the pandemic, leaving them to be chaired by the health secretary, Matt Hancock.

Perhaps ironically, for someone regarded by his critics as an arch free marketeer, Blair argues that in tackling the virus over the past year, “there was a whole series of things left to the market which it was never sensible to leave to the market”.

Blair’s institute is part thinktank, part consultancy, advising global leaders on how to make use of emerging technologies.

He has made a series of high-profile interventions during the crisis, advocating some measures that have subsequently been adopted by the UK government, including mass testing and more recently vaccine passports.

Having previously denied it was considering the idea, the government this week announced a review of the idea of “Covid status certificates” that would allow people to demonstrate they have been vaccinated or had a recent negative test result.

Blair, who faced a political revolt when he tried to introduce a nationwide system of ID cards as prime minister, argues that some kind of certification system is inevitable, so the government should take control of it rather than allow it to develop ad hoc.

“What is obvious is that if people are going to be in close proximity with others, they’ll probably prefer to know their Covid status – either test or vaccine,” he said. “Then the only question is, do you just let the system grow up topsy-turvy, with people doing their own thing, and making their own rules and regulations around it, or to try and systematise it. And I just think it’s inevitable that you will move to the second,” he said.

He brushed off claims that some groups – those without access to technology, for example – would be disadvantaged. “There’s a big problem with the inequality between different people with digital connection, but you deal with that by dealing with the problem.”

In response to the idea that such certificates – likely to be held on people’s mobile phones – would create privacy issues like those that helped to sink his ID cards plan, he said: “You know, my personal view is that this resistance was always exaggerated. It was loud, but not actually that broad. I used to say to people, you know, your average supermarket’s got more information on you than the government’s got.”