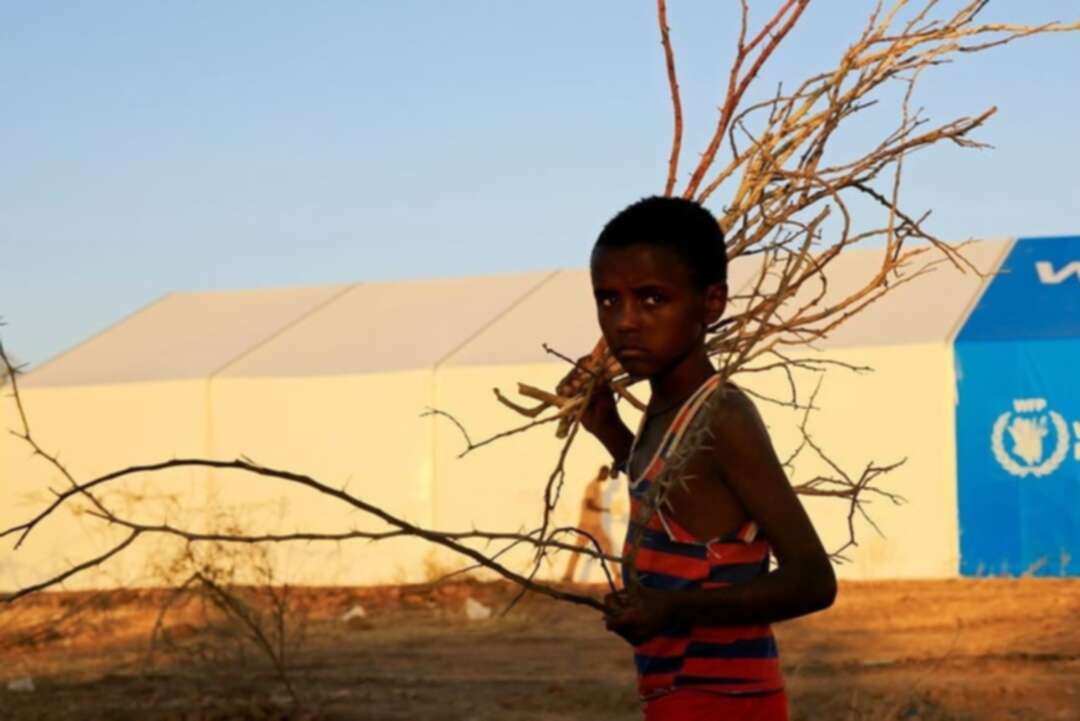 An Ethiopian refugee fleeing from the ongoing fighting in Tigray region, walks past a world food program tent, at the Um-Rakoba camp, on the Sudan-Ethiopia border, in the Al-Qadarif state, Sudan November 23, 2020. (File photo: Reuters)

Doctors Without Borders on Wednesday described “alarming” malnutrition in parts of Ethiopia’s war-hit Tigray region and said the situation was likely to worsen with the coming rainy season.

The medical charity, known by its French initials MSF, said residents were struggling to access food distribution points and lamented that the aid response “hardly ever extends beyond larger towns” to Tigray’s rural areas.

“MSF teams are observing alarming levels of malnutrition among children and pregnant and breastfeeding mothers screened at mobile clinics across several locations throughout the Northwest region of Tigray,” Karline Kleijer, head of MSF’s emergency support department, said in a statement.

He said the move came in response to TPLF attacks on army camps and that fighting would be over quickly.

But as the six-month-old war drags on, world leaders are increasingly concerned about what US Secretary of State Antony Blinken last month called an impending humanitarian “disaster.”

Tigray’s North Western zone includes the town of Shire which is housing tens of thousands of displaced Tigrayans, many kicked off land in western Tigray in what Blinken has described as “ethnic cleansing.”

Fighting in Tigray disrupted the harvest in a region that was already food insecure.

But documents from Tigray’s Abiy-appointed interim government, obtained by AFP last month, said Eritrean soldiers were blocking and looting food aid and forcing aid workers out of parts of the region.

Kleijer said Wednesday that “the quality and quantity of food available has fallen sharply, with many families eating just one meal a day and often only bread.”

She added: “As rainy season approaches food insecurity issues are expected to worsen, as fields are often inaccessible to the farmers due to the conflict or they don’t have the means to plant crops.

Without more aid malnutrition could become widespread, as could outbreaks of communicable diseases, she said.