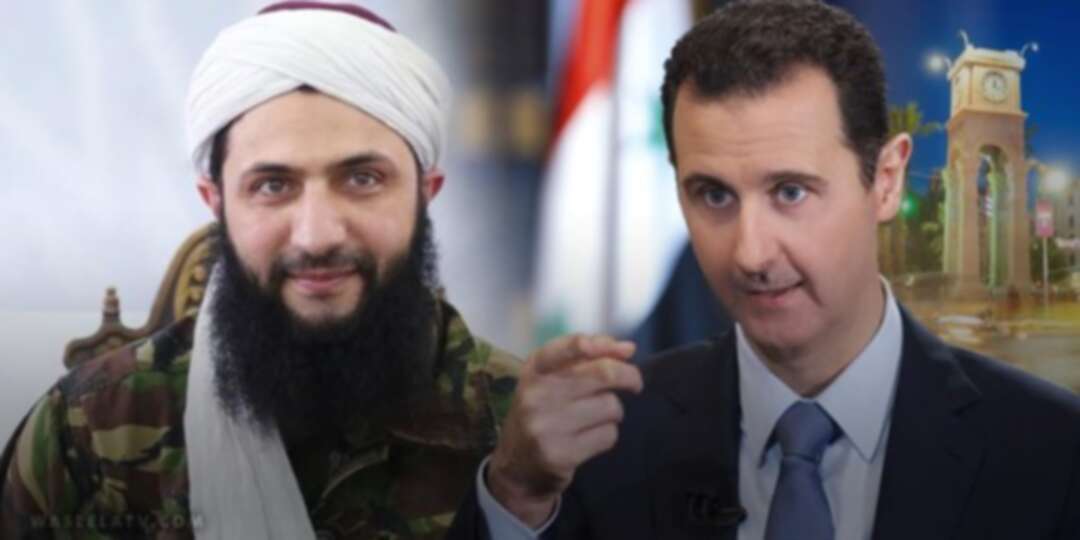 The Syrian regime forces, with great support from its Russian and Iranian allies, took control of large areas of the southeastern countryside of Idlib and the western countryside of Aleppo without much resistance by the armed factions in that region. Especially since Hayyat Tahrir Al-Sham, which controls the area, does not show any opposition to the progress of the forces The regime that now controls these areas by (armored speed), which is a military term that means that the resistance of the other side is non-existent.

These repeated withdrawals by Hayyat Tahrir Al-Sham in front of the regime forces differ from the attacks carried out by the same body on the cities and towns of Idlib governorate to strike and end the Free Army factions (the Syrian Revolutionaries Front, the Syrian Martyrs Brigades and the Hazm Movement), which began mostly after the control of the province in Spring 2015, in addition to violations, prisons, and murder under torture.

Who is the al-Nusra Front, the mainstay of Hayyat Tahrir Al-Sham?

The founding of the Al-Nusra Front was announced at the beginning of 2012, when Abu Muhammad al-Jolani, the founder of the front, met with some of those released from Sednaya prison in May 2011, according to the controversial amnesty decree issued by Bashar al-Assad at the beginning of the Syrian revolution.

By the second half of 2012, al-Nusra Front had grown in strength thanks to its inclusion of many armed groups emerging in Syria, providing them with an active and disciplined fighting force. In October 2012, Al-Nusra rejected a four-day ceasefire agreement in Syria during Eid al-Adha holiday, which gave it credibility inside Syria.

In November 2012, Al-Nusra Front became a dominant player in the region, especially after it acquired more experienced fighters from the Syrian revolutionaries. According to a spokesman for the Free Syrian Army, in November 2012, the number of fighters of the front reached between 6000 and 10,000 Fighter, which represents 7-9% of the total Free Army fighters.

In the same context, the US State Department released a statement saying, "Through the reports we obtain, most of the wounded and dead by al-Nusra front are from the Free Syrian Army because of their courage and their constant standing on the front line."

By December 10, 2012, the United States had designated the Al-Nusra Front as a terrorist organization. It accused it of being an extension of al-Qaeda in Iraq, and then a resolution was issued banning Americans from financially dealing with Al-Nusra. Not only that, but the American ambassador to Syria Robert Ford has warned of this group, saying that "extremist groups like Jabhat al-Nusra are a problem that stands in the way of finding a political solution in Syria."

Al-Nusrah Front replaced Fateh Al-Sham Front in July 2016 and claimed that it does not receive any external support. The work under the name of Al-Nusra Front ended permanently, and it ended its relationship with Al-Qaeda. Although Al-Jawlani, the group's leader, officially declared that the front was not affiliated with Al Qaeda, the United States considered it a branch of Al Qaeda and classified it as a terrorist organization.

Until April 2013, al-Jawlani avoided declaring allegiance to al-Qaeda, until he was forced to respond to al-Baghdadi’s decision to merge the Islamic State of Iraq and Al-Nusra Front under the name “the Islamic State in Iraq and Al-Sham" at the time. And before the announcement of Fatah al-Sham Front, as al-Zawahiri, the leader of al-Qaeda, had announced In a speech, granting Al-Nusra Front the right to separate from the organization to preserve its strength in the face of challenges on Syrian soil.

Handing over the regions from Aleppo to Idlib

Al-Fateh Army, a military formation that brings together several military factions and was able in 2015 to control the entire Idlib governorate; announced the battle to lift the siege of Aleppo, after the Syrian regime forces, with the support of the Russian troops, announced the siege of the city of Aleppo and opened humanitarian crossings for civilians. Where the Al-Fateh army succeeded at the beginning of the battle in lifting the siege of the city within only seven days, which made the army leadership talk about a battle to control the entire city.

However, the announcement was made by Abdullah Al-Muhaisni of Hayyat Tahrir Al-Sham (Jabhat Al-Nusra), which is included on the lists of terrorism. This announcement gave the Russian forces that support the Syrian regime forces an international justification for the use of excessive force to end the armed opposition's control of the eastern neighborhoods of the city of Aleppo. The military machine brutally bombed, and international sympathy for the Syrian civilians and fighters who have no relationship with Al Qaeda was lost.

This very large escalation, in return, gave the Al-Fatah army an excuse to withdraw from the city of Aleppo in the face of the Russian military incursion, which paved the way for handing over the region through the “reconciliation” deals that Russian forces were conducting with the opposition forces who were unable to stop these brutal attacks.

This scenario has become the most used by Al-Nusra Front in all the areas it controls, the most recent of which are the withdrawals from the northern Hama countryside and the handing of fronts to the factions of the regions that had disarmed heavy and medium weapons by force several years ago, forcing the local area fighters to withdraw or make reconciliation. The safe exit, as the Al-Nusra Front began a limited attack on the regime forces in the demilitarized zone, to give international justification for the Russian forces to attack the area to fight the terrorist elements, which they did.

This scenario has become the most used by Al-Nusra Front in all the areas it controls. Most recently the withdrawals from the northern Hama countryside and the handing of the fronts to the factions that had been demilitarized for several years, forcing the local fighters to withdraw or hold reconciliation for safe exit, as Al-Nusra Front began a limited attack on the regime forces in the demilitarized zone giving international justification for the Russian forces to attack the area to fight the terrorist elements, which they did.

Al-Nusra front under the Turkish umbrella to implement its agenda

After setting up control points in the fourth de-escalation zone according to the Turkish-Russian agreements, some media outlets transmitted leaked information about the Turkish forces sending weapons, ammunition, and equipment to Al-Nusra Front and its groups in Idlib and the northern Hama countryside. Reuters news agency quoted sources close to Al-Nusra as saying Turkey has sent new supplies of weapons to the organization to help them stem their ensuing collapse and losses in the Hama and Idlib countryside.

The sources said that a Turkish military convoy arrived during the past few days to the terrorist organizations near Jabal Al-Zawiya in Idlib countryside, which includes dozens of armored vehicles, Grad missile launchers and "TOW" guided anti-tank missiles.

In the Idlib de-escalation zone in Idlib, jihadist groups belonging to Al-Nusra Front that is included in the list of international terrorism were deployed. In addition to other allied militant groups, including foreign jihadists who entered through the Turkish borders with the support and facilitation of Turkey, which provided them with specific weapons for these terrorists to use to attack Syrian Arab Army points, safe villages, and towns.

People in the areas that are under the control of Al-Nusra front know that this faction, which was exported to Syrian territory, does not differ in form or content from the regime. This was done with suspicious cooperation between the organs of the Turkish authorities, which allowed extremists from all over the world to enter the Syrian lands under the pretext of jihad, coming from the Turkish territories and through their airports, and the local hard-line factions that were rejected by the people of the region, and did not weight the ground;

All of this contributed to pressuring the people and silencing the free voices so that the mission could be accomplished by silencing the cries of freedom that are still up to now against the regime and the Al-Nusra Front at the same time.