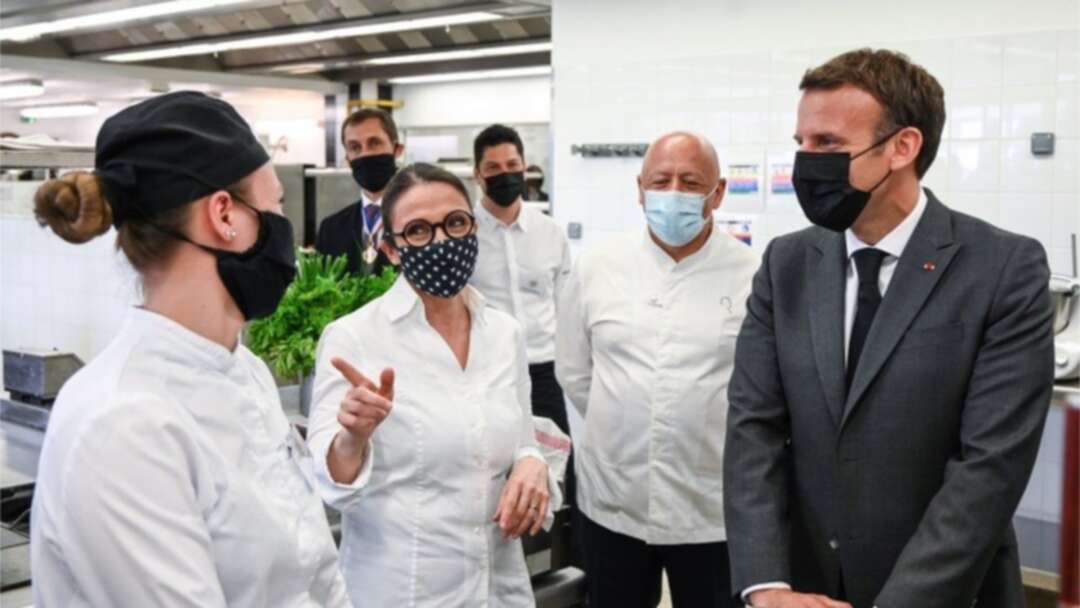 In a video circulating on social media, president Macron is seen slapped in the face by a man in a green T-shirt. Macron

French President has been slapped in the face on an official visit to the south-east of France.

In the video Mr Macron briefly returned to the barrier after the incident and once again interacted with the crowd.

President Macron is currently on a tour of France and had just visited a hotel school in Tain-l'Hermitage. His visit to the area was set to continue on Tuesday, with a trip to a vocational institute for 25-30 year-olds.

The president's visit comes on the eve of a major step for French bars and restaurants, which will be able to reopen to indoor customers after seven months of closure. France's overnight curfew is also being pushed back from 21:00 to 23:00 on Wednesday.

Mr Macron tweeted after his visit to the hotel school, "Tomorrow, a new step will be taken, Life will resume in all our territories!" Macron