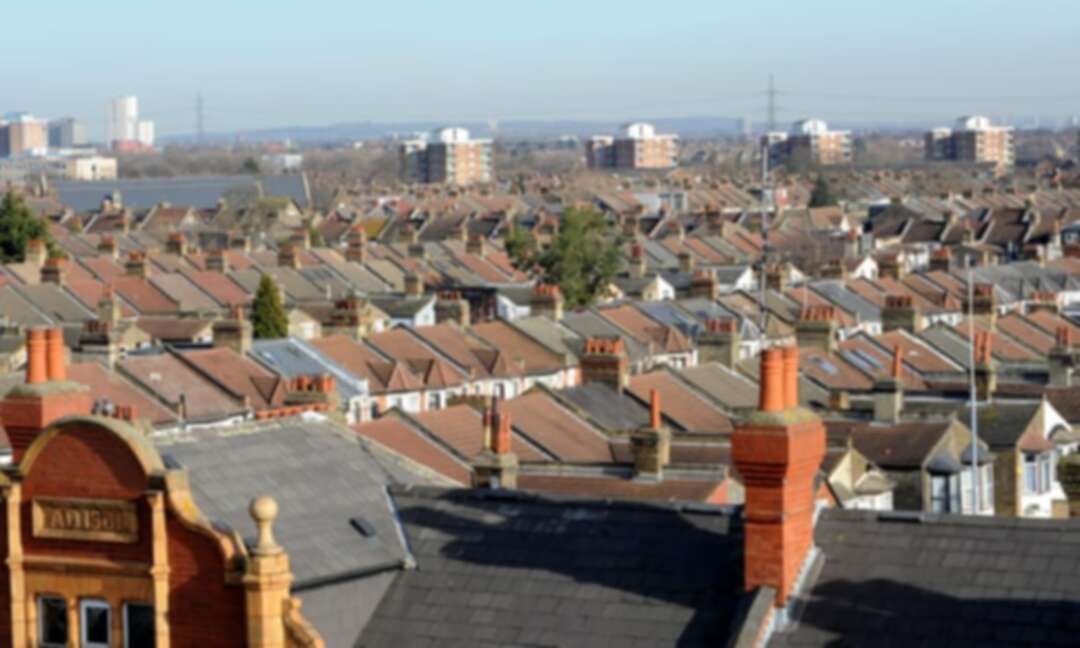 Homes in Newham, one of the boroughs where 40% or more households are now reliant on benefits – such as the housing element of universal credit – to meet part of their housing costs.

At least 40% of households in four London boroughs are having to claim help with affording a place to live as the economic impact of Covid-19 exacerbates the housing crisis in urban areas, analysis reveals.

Research by the Conservative thinktank Bright Blue found that the most significant increases in the proportion of households claiming state support for housing costs in the first nine months of the pandemic were in cities – particularly London.

In Newham, Haringey, Barnet and Hackney, 40% or more of households are now reliant on benefits – such as the housing element of universal credit – to meet part of their housing costs.

Bright Blue published the research as it launches a cross-party commission on the future of social security, with members including the food campaigner Jack Monroe and the Labour peer and social policy expert Ruth Lister, as well as the former Tory work and pensions secretary Stephen Crabb.

Much of the increase in claims for housing support has been within the private rented sector, the research found, with 212 of the 317 local authorities in England seeing at least 60% of new claims coming from private tenants.

The smallest increases in housing claims were seen in rural areas, with the least-affected local authorities including the chancellor’s leafy Richmondshire, where 12% of households claim housing support, up just 1.8% from before the pandemic.

Richmondshire was recently placed in the highest tier for applying for the government’s new £4.8bn “levelling up fund,” raising questions about how the money will be allocated.

There are mounting concerns among charities and anti-poverty campaigners about what will happen when the government’s support measures, such as the furlough scheme, which has protected millions of jobs, are phased out in the coming months.

Rishi Sunak extended the £20-a-week increase in universal credit in his budget this month, but it is now due to expire in September, as he insists on the need to start repairing the public finances.

The government is also freezing the level of local housing allowance (LHA), which determines how much private tenants can claim, after reconnecting it to a measure of average local rents a year ago. At the same time, the stamp duty holiday, which can tend to drive up property prices and therefore rents, was extended by another three months.

LHA has been consistently eroded over the past decade, Bright Blue points out, so that by 2019, it did not meet the full cost of rent for claimants in 97% of areas.

The thinktank’s chief executive, Ryan Shorthouse, warned the government against making benefits claimants bear the burden of trying to balance the books.

“After the last economic crisis in the late 2000s, those claiming working-aged benefits experienced deep and disproportionate cuts to their incomes as the government repaired the public finances. That can’t happen again,” he said.

Calls for reform of the welfare safety net have grown through the pandemic, as many people who had never expected to rely on benefits have found themselves asking for help.

“The pandemic has proven that almost all of us can fall on hard times because of random, unpredictable events,” Shorthouse said. “A popular and effective welfare system is needed to maintain participation in and support for our socio-economic system.”

Lady Lister, welcoming the establishment of the commission, said: “The pandemic has exposed and aggravated the extent of economic insecurity in our society as well as the cracks in the social security system, which mean that it is failing to provide genuine security.”

Her remarks echoed those of Britain’s leading expert on health inequalities, Michael Marmot, who has called for benefits to be increased significantly to curb a mental health crisis.

Marmot, who produced a significant study on health inequalities in 2010, and whose work was recently praised by the Labour leader, Keir Starmer, told the Observer the “brutalising” universal credit system should be reformed.

“Ideally, all people of working age should be in work. That’s the desirable state. And in work, they should be paid a living wage. If they can’t work, for whatever reason, then the welfare system should be sufficiently generous for their health not to be damaged by that experience. We know what needs to be done. Let’s do it,” he said.

The commission is being funded by the Lloyds Bank Foundation – the bank’s charitable arm – as well as the Trust for London.