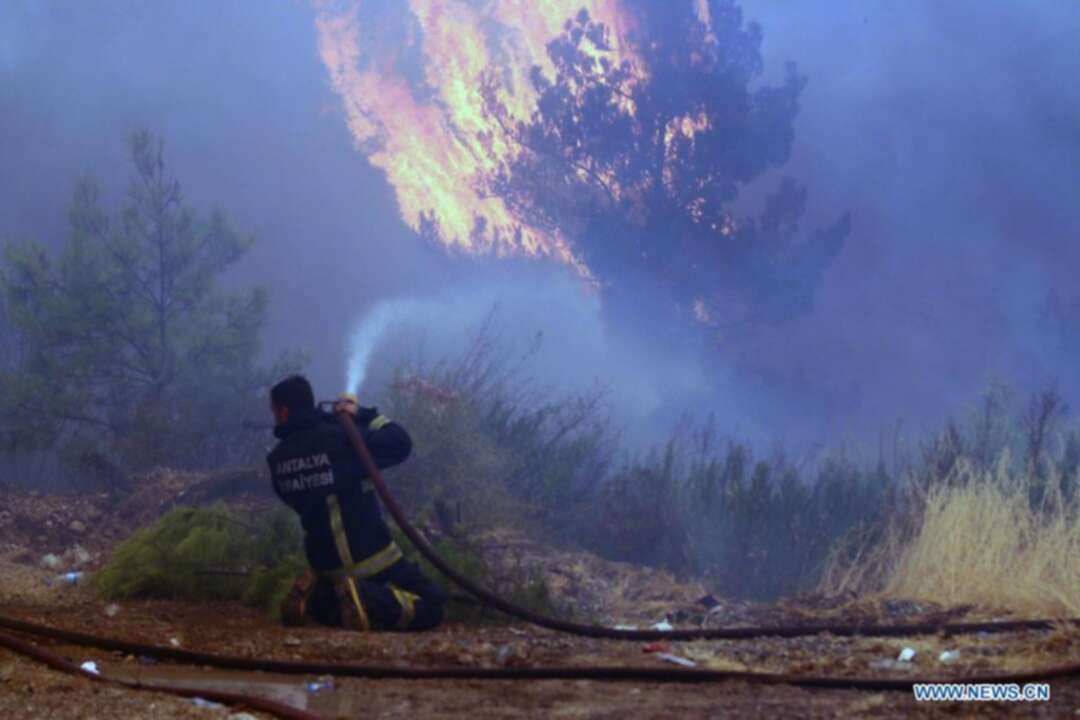 A resident of the Turkevleri neighborhood, named Firat, said on his social media account, "In Milas, the wind is so strong that it took only 15 minutes for the fire to burn a small settlement of 30 houses."

Firat added that he and other residents were evacuated by Coast Guard boats. Milas Mayor Muhammet Tokat announced that the blaze is now threatening a thermal power plant that provides electricity to the region.

"I didn't want to say this, but the thermal power plant and the fire came face to face for the first time," Tokat said on Twitter.

In some parts of Bodrum, one of the main tourist attractions of Mugla, the situation is still worrying. The flames have reached an important highway, disrupting local traffic. 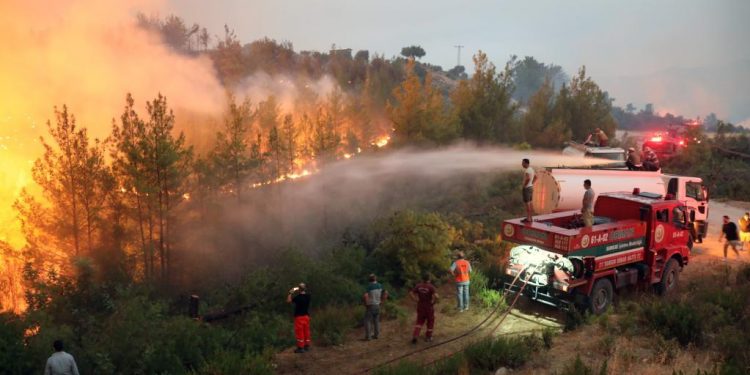 Meanwhile, Fahrettin Altun, communication director of the Turkish presidency, said Turkey has controlled 147 of 156 fires in the last seven days, and nine of the blazes continue.

Foreign Minister Mevlut Cavusoglu told reporters in the southern Antalya province that the wind is very strong in the region, and the situation will be critical on Wednesday as well.

For the last week, Turkey has been battling massive wildfires that erupted in the southern and southwestern coastal resort towns. The blazes have claimed eight lives so far.