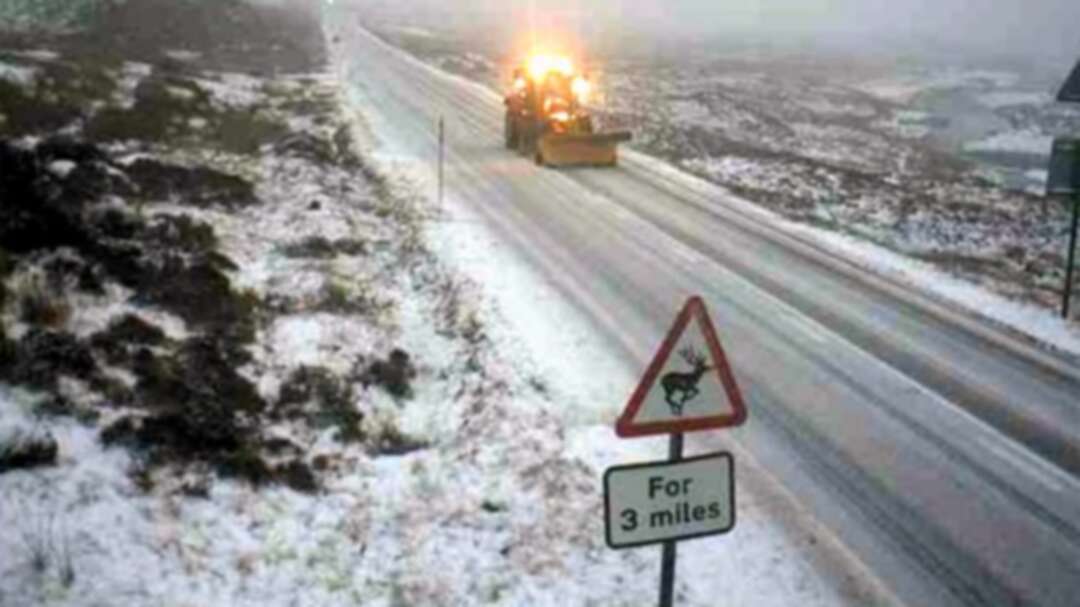 Wintry conditions are sweeping across Scotland in the wake of Storm Ciara which battered the UK over the weekend.

The Met Office has issued yellow warnings for wind and snow for most of Scotland and said commuters could face disruption.

Blizzard conditions are affecting some higher routes and drivers have been advised to take extra care.

Cross-border train services have been severely disrupted as a result of heavy flooding on the line at Carlisle.

Many ferry services have also been cancelled and some bridges have been closed to high-sided vehicles.

Commuters faced difficult journeys across Scotland, with blizzard conditions reported on the M74 at Beattock.

"It's going to stay very unsettled.

"We have got colder air coming through the UK and will be feeling a real drop in temperatures, with an increased risk of snow in northern parts of the UK and likely in Scotland.

"There could be up to 20cm (8in) on Monday and Tuesday and with strong winds, blizzards aren't out of the question."