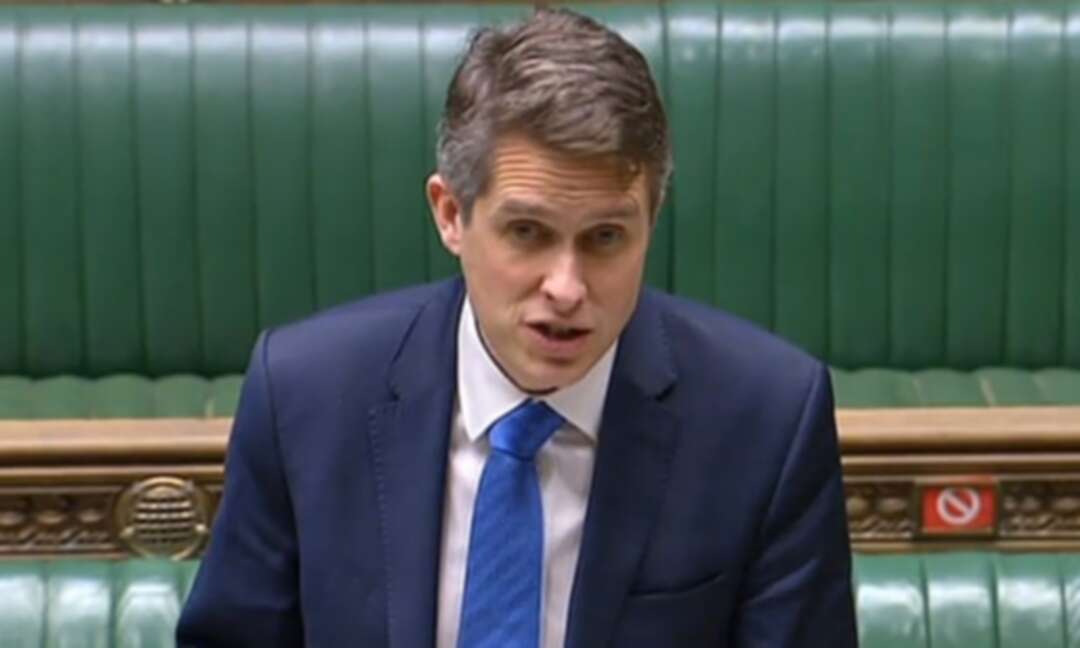 In a letter in October, Gavin Williamson wrote: ‘If I haven’t seen the overwhelming majority of institutions adopting the [IHRA] definition by Christmas, then I will act.’

A group of eminent lawyers, including two former appeal court judges, has accused Gavin Williamson, the education secretary, of “improper interference” with universities’ autonomy and right to free expression.

They say that Williamson’s insistence that universities adopt the International Holocaust Remembrance Alliance’s definition of antisemitism or face sanctions is “legally and morally wrong”.

Their statement comes amid some academic resistance to Williamson’s letter to university vice-chancellors in October, in which he warned: “If I haven’t seen the overwhelming majority of institutions adopting the

Academics at University College London are due to vote this month on whether to call on the institution’s governing body to rescind its November 2019 adoption of the IHRA definition. Some are arguing it stifles free speech on Israel.

According to a tally by the Union of Jewish Students (UJS), a total of 48 out of 133 have now adopted the definition, including the vast majority of universities in the elite Russell Group. The UJC said those institutions reluctant to follow suit were showing “contempt … for their Jewish students.”

However, the lawyers’ letter, published by the Guardian, says: “The legally entrenched right to free expression is being undermined by the promotion of an internally incoherent ‘non-legally binding working definition’ of antisemitism. Its promotion by public bodies is leading to the curtailment of debate. Universities and others who reject the instruction … to adopt it should be supported in so doing.”

It cites the Universal Declaration of Human Rights regarding freedom of expression, which is embodied in UK law by the 1998 Human Rights Act.

Williamson was “legally and morally wrong in October to instruct English universities to adopt and implement” the IHRA definition of antisemitism. His threat of sanctions “would be an improper interference with their autonomy”.

The letter adds: “The impact on public discourse both inside and outside universities has already been significant.”

Among its eight signatories are Sir Anthony Hooper and Sir Stephen Sedly, both retired lord justices of appeal.

Academic opposition to wholesale adoption of the IHRA definition centres on freedom of expression and in particular whether criticism of Israel’s treatment of the Palestinian people would be inhibited.

The IHRA definition is only 40 words long.

It says: “Antisemitism is a certain perception of Jews, which may be expressed as hatred toward Jews. Rhetorical and physical manifestations of antisemitism are directed toward Jewish or non-Jewish individuals and/or their property, toward Jewish community institutions and religious facilities.”

But it is accompanied by 11 illustrative examples, of which seven relate to Israel.

According to the report of a working group set up by UCL’s academic board, the definition and examples “disproportionately draw debate over Israel and Palestine into conversations around antisemitism, potentially conflating anti-Zionism with antisemitism … thereby … risking the suppression of legitimate speech and academic research.”

The report says the definition has no legal basis, and there is already a “large body of existing UK law and coherent UCL policies that instead should be used as the basis of any institutional mechanism to combat antisemitism”.

Universities have “an express statutory obligation to protect freedom of speech within the law”, the report says.

As an educative tool, the definition “may indeed have potential value, but that would have to be balanced against potentially deleterious effects on free speech, such as instigating a culture of fear or self-silencing on teaching or research or classroom discussion of contentious topics”.

The report says: “The ability to have uncomfortable conversations or feel challenged by clashing ideas lies at the heart of the mission of higher education. There are times when we need to clarify and illuminate these tensions, rather than rush to meet the demands of vocal critics who may misrepresent these instances as acts of discrimination, if we are to uphold the values of university life.”

While acknowledging “disturbing evidence that incidents of antisemitism have persisted in our university”, the report recommends UCL’s governing body retract its adoption of the IHRA definition and “consider more coherent alternatives”.

Academics at UCL were due to vote on the report’s recommendations before Christmas, but decided to extend debate into the new year because of the level of interest.

One critic of the report, Harry Goldstein, claimed its arguments give credence to “precisely the conspiracy theories that are central to classical antisemitism. It must all be a plot to silence criticism of Israel.”

In a blogpost, Goldstein – who describes himself as a liberal centre-left supporter of Israel – said the report blurred the distinction between criticism of Israel and anti-Zionism, used tendentious language, and failed to “understand the distinctive nature of antisemitism compared to other racisms”.

Dave Rich, head of policy at the Community Security Trust (CST), which advises the UK Jewish community on security issues, said the academic argument over definitions of antisemitism “loses sight of what really matters: the welfare and safety of Jewish students at British universities.”

A CST report, Campus Antisemitism in Britains 2018-20, recorded a total of 123 antisemitic incidents involving students in 34 towns and cities over the two year period.

“Far too many Jewish students do experience prejudice or bigotry, whether on campus, off campus and online. This included antisemitism from the far left, merging their hatred of Israel with suspicion of any Jews who disagree with them,” Rich wrote last month.

James Harris, president of the UJS, said the continuing battle over the IHRA definition was “unacceptable”.

He added: “We have seen multiple examples of anti-Jewish racism being dismissed by universities who consistently refuse to adopt this definition. When the definition is not used, it gives the power to those investigating to arbitrarily determine what they believe constitutes antisemitism.

“The IHRA definition is a cornerstone in ensuring that antisemitism, when reported, is dealt with in a way which Jewish students can be confident in.”

A Department for Education spokesperson said: “The government expects institutions to take a zero tolerance approach to antisemitism, with robust measures in place to address issues when they arise.”

Priti Patel: Trump's remarks 'led to violence' in US Capitol Dire warning that London hospitals could be overwhelmed by Covid