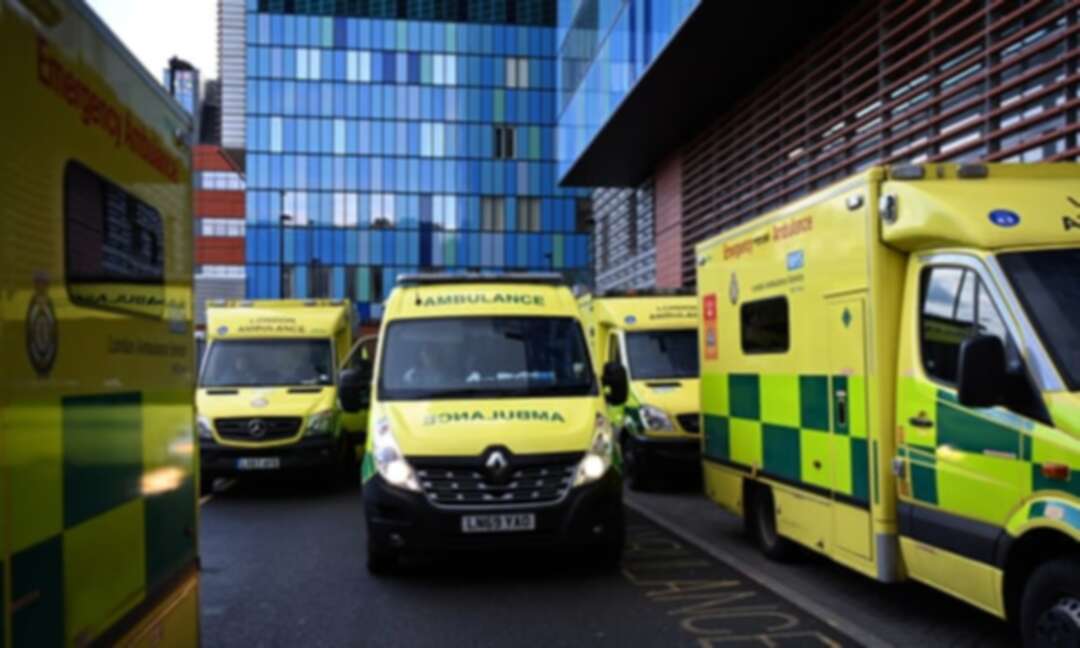 Ambulances outside the Royal London hospital in London

Hospitals in London could soon be overwhelmed by Covid-19 and left short of almost 5,500 beds they need to cope with the explosion in cases, NHS leaders have revealed.

The health service’s lead doctor for the capital shared the worrying analysis with the most senior medics in the city’s NHS hospital trusts on a Zoom call on Wednesday afternoon.

In his briefing Dr Vin Diwakar said the sheer numbers of people becoming seriously unwell with Covid could see the capital’s hospitals facing a shortfall of anything between 1,932 and 5,422 beds by 19 January.

Hospitals will face a serious lack of beds by then even if London’s Nightingale hospital reopens, they manage to increase their supply of beds and measures to limit demand – such as the latest lockdown which began this week, the third England has faced – prove effective.

His briefing, which was obtained and reported by the Health Service Journal, raises the spectre of the NHS in London being unable to accommodate thousands of patients needing life or death care in less than a fortnight.

Major problems have emerged at London hospitals recently. Video footage emerged of a large number of ambulances queueing outside Queen’s hospital in Romford, north-east London. The Royal London hospital told staff it was under such pressure from Covid that it was going into “disaster medicine” mode and could not guarantee the usual quality of care.

And last week the boss of University College hospital said it was fast becoming a Covid-only hospital and was responding to having more Covid patients now than at the first wave peak in April by turning operating theatres, recovery areas and stroke wards into makeshift critical care units.

Diwakar’s document models how demand for both general and acute hospital beds and critical care beds may grow between now and 19 January, given the relentless growth in Covid illness.

Under the “best” scenario London would have 417 too few critical care beds by then. That is based on demand for such beds being 4% a day in the meantime. However it acknowledges that demand on Tuesday, 5 January, was higher, at 4.8%.

Under the “average” growth scenario, which is based on a 5% daily increase in demand, London would have a shortfall of 665 such beds. And in the “worse” case scenario involving a 6% rise, hospitals would have 945 too few critical care beds, which are also known as intensive care beds.

The potential shortage is even more dramatic in relation to general and acute beds. Those are beds which are usually filled with people who are very unwell, some of whom are awaiting or recovering after surgery. However, about 40% of them are now filled with Covid patients.

Hospitals will face a big shortfall of such beds even taking into account 1,080 “step down” beds being found for patients who are close to discharge, some of which could be in the Nightingale in the ExCel conference centre in the capital’s Docklands; specialist hospitals taking another 120 patients; and private hospitals accommodating a further 50 patients.

In a statement to HSJ Dr Diwakar said: “Hospitals in London are coming under significant pressure from high Covid-19 infection rates, which is why they have opened hundreds of surge critical care beds and are planning to open more, including opening the London Nightingale.”

HSJ reports that the briefing was intended to prompt trust medical directors to think on what steps they could take to minimise the looming gap between demand for care and availability of beds.

It said: “Options that have been floated include very significantly reducing the number of non-Covid patients by cancelling more elective work and/or sending those patients to other regions or private providers, in the capital or elsewhere.”

However, it noted, doing any of those things may prove difficult because of the already-limited number of available beds in other parts of England and the major rise in Covid patients being seen in many parts of the country due to the spread of the more highly transmissible new variant of the coronavirus.

Williamson wrong to force universities to abide by antisemitism definition, say lawyers Customers in Europe hit by post-Brexit charges when buying from UK