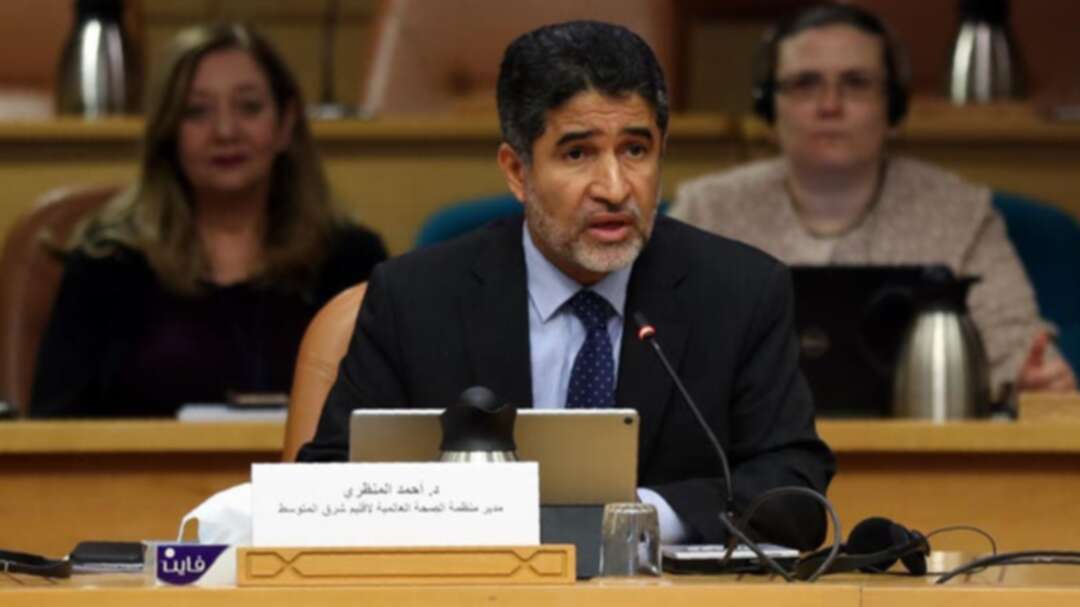 Ahmed al-Mandhari, WHO regional director for the Eastern Mediterranean, speaks during a press briefing at the World Health Organisation's regional office in the Egyptian capital Cairo on February 19, 2020, following the outbreak of the deadly coronavirus. (AFP)

The World Health Organization urged Middle Eastern governments on Wednesday to be more forthcoming with information about new coronavirus infections in order to effectively combat the global pandemic. WHO

“We can only control this disease if we have access to information that allows us to understand its dynamic in the region” Ahmed al-Mandhari, WHO’s Eastern Mediterranean director, told an online press conference from Cairo.

“We have an opportunity to contain this pandemic in our region,” he added.

Confirmed COVID-19 cases have reached over 18,000 across the Middle East, with more than 1,000 deaths recorded in seven countries, mostly in Iran.

“At the beginning when they started contracting the first cases in the village and died, (it) was (because of) a gathering in a wedding. Immediately the ministry took the measures in containing and quarantining the people inside the village, which is around 19,000 inhabitants,” Jabbour added.

Comparing it to Italy, he said the village had “an Italian flavor.”

Italy has become the epicenter of the pandemic in Europe, with more than 2,500 people dying from the virus.

“Now we have more families under quarantine and measures are being so strict in that area in order to avoid the spread to other communities,” Jabbour said, without specifying the total number of people in isolation beyond the 300 families.