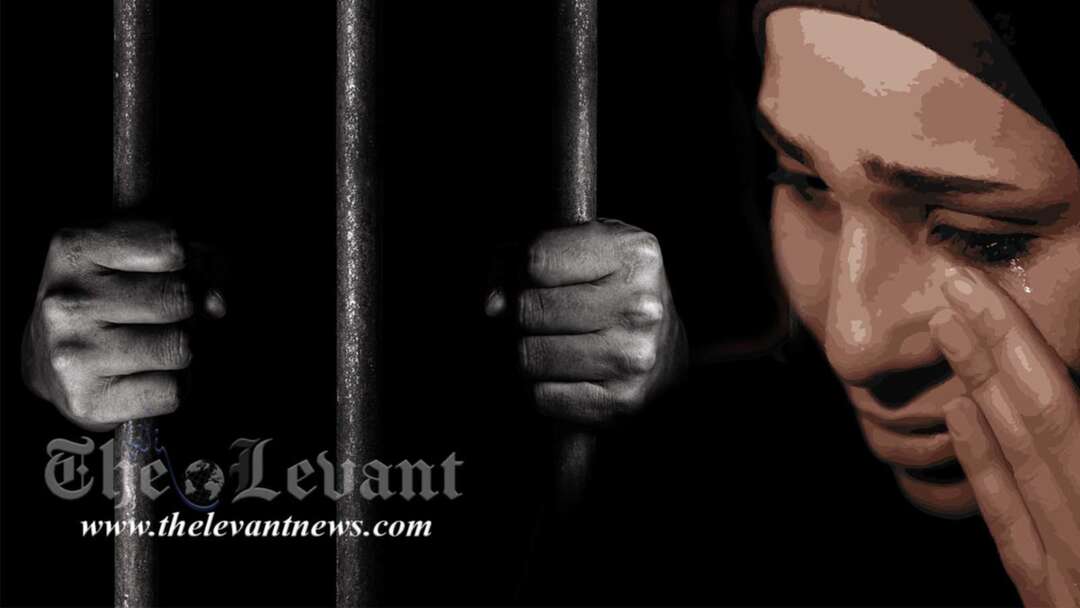 In discussing the stories of the arbitrary detention of women, the memory of pain brings us to the south of Syria, the home of a woman who raised her voice against the Assad security forces, a woman who gathered her children in her solid name, Daraa, the first torch of the Syrian revolution. On that land, women began to chant for freedom, the regime's prisons were crowded with them, and they had the largest share in the arrest. Still, the brutal, tyrannical government never distinguished between the oppressor and the oppressed.

Her crime was that she was the daughter of Houran and the wife of an activist in the city of Daraa, so the story begins for one of the women of Horan who lives in the dark prison world today.

Najia was arrested at a checkpoint in the city of Daraa in the middle of 2012. She had her husband's laptop, which they searched. Then the officers took her to the Military Security Branch for investigation, after they saw in the computer pictures of her husband with one of the battalions, and some photos and videos that document Crimes and violations of the regime in Daraa.

She told them that the computer was her husband’s and that she did not know what was inside when she was going to sell it, but the investigator did not believe her.

The Hourani woman was beaten and tortured by the branch’s members to tell them her husband’s location, and the names of the people in the photo with her husband, but to no avail. After two weeks, Najia was transferred to the Military Security Branch in Damascus 215, known as the Death Branch.

Meanwhile, a woman who had been working with that battalion of Najia’s husband was arrested, and in a rapid progression of events, the regime then ambushed and arrested a large part of the battalion's members, and they were transferred directly from the Military Security Branch in Daraa to the Security Branch The military in Damascus Branch 215.

During the investigation, the security agents told Najia that her husband was arrested with his friends and that he confessed that his wife had carried out some activities with that battalion, to frame her with as many charges as possible.

She insisted on denying any connection to the computer or the work of her husband. She did not believe they arrested her husband except when she heard the jailer calling for him and his companions to the investigation.

The young woman was transferred to Adra Central Prison after about two months, and her husband, the only witness to her innocence, remains inside the branch.

She remained in the custody section (the terrorist wing) for about three months before being brought before the judiciary, and there the judge ordered her arrest to hear the witness who is her husband and to postpone the session until his presence. But, in every court session, the response was always "the witness did not appear."

After the lady disappeared and with her family not knowing where she was, an officer from their relatives told them that she had been arrested and transferred to Damascus, so her brother would travel there and search for her, and while he was asking about his sister he was arrested by a security branch in Damascus, the family’s affliction is greater with the loss of the two.

later, the family learned that their children were transferred to Adra Central Prison, which they started visiting every week, moving between the men's prison and the women's prison to see them.

The brother had no sin except wanting to search for his sister. His fate was a ten years sentence of imprisonment, on charges of terrorism, which he had confessed to under the beating and brutal torture that the regime uses during the investigation.

Najia remained inside the prison, and her pain grew as she waited for the testimony of the husband, her only savior, the husband who got out prison with many of Daraa's sons, in a private exchange of one of the factions with the Syrian regime, before the judge called him to testify. Then he traveled to Jordan for fear of another arrest by the regime, which pursued every detainee who got out in the exchange.

Years have passed, and Najia is still held in prison without any guilt, waiting for a witness who will never come to testify, and a brother who paid the price of searching for his sister with ten years of his freedom.

Najia lives in prison in a very bad psychological state, which made her lose her senses, especially each time she bids farewell to a friend who gets exchanged or released.

Since I bid her farewell before I got out of prison, and I follow her news like the rest, and I know that her condition is getting worse. She is certain that this regime and the ruling judiciary there are unjust.

Is it reasonable to release the only witness in his wife's case before he could testify? And how much longer will she wait for a witness who has left the country and will not return because his fate will be the arrest again, and he may not have a second trade to liberate him?

The story of that lady is the tip of the iceberg, and one of the thousands of stories of injustice experienced by Syrian detainees inside the regime's prisons. The day will come when the sun of freedom rises upon them as it has risen on those who got out before.

Calls in the British House of Commons to ban the Muslim Brotherhood Trump: Time to negotiate 'very seriously' with EU on trade