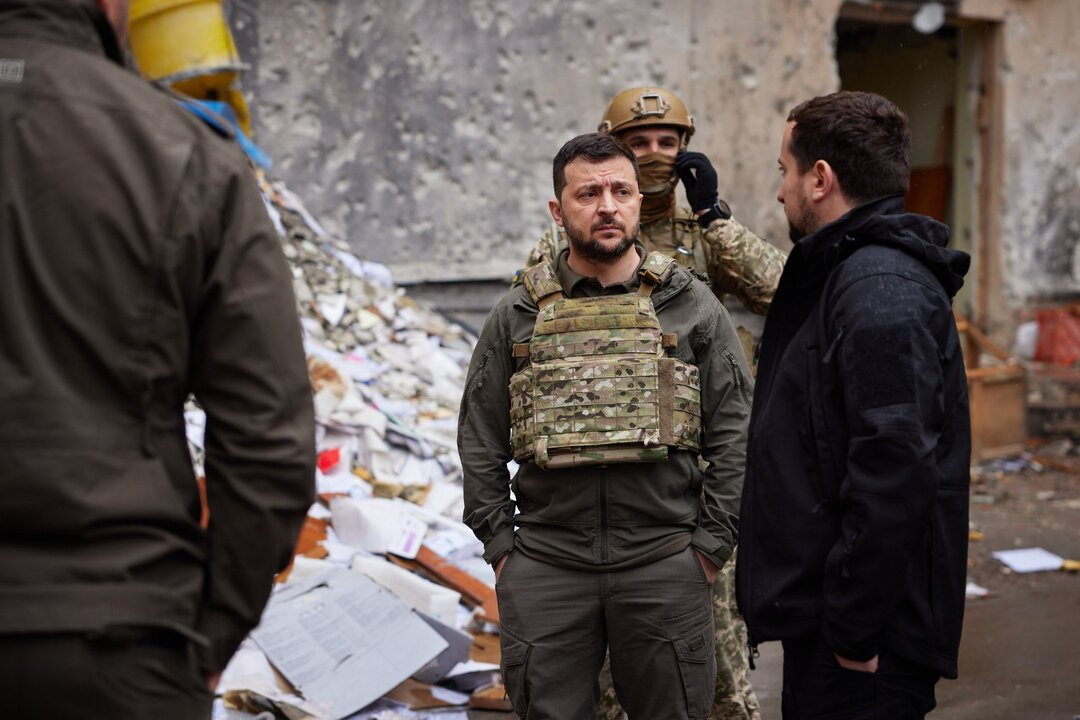 On Sunday (May 29), president Volodymyr Zelensky made his first trip outside Kyiv since the beginning of the Russian invasion. He visited Ukrainian troops on the frontlines in the northeastern Kharkiv region - Photo: President Zelensky Facebook account

Ukraine's President Volodymyr Zelensky on Wednesday (June 29) told Indonesia's visiting President Joko Widodo that he will attend the upcoming G20 summit in Bali depending on who else is attending.

"Certainly I accept the invitation. Ukraine's participation will depend on the security situation in the country and on the composition of the summit's participants," Zelensky said following their talks in Kyiv, in an apparent reference to Russian President Vladimir Putin's attendance.

Starting in 1999 as a meeting for the finance minister and central bank governors, the G20 has evolved into a yearly summit involving the Head of State and Government.

The G20 is a strategic multilateral platform connecting the world’s major developed and emerging economies.

"Death is not the worst that can happen, it is also the waiting": A Syrian report on enforced disappearance UK parliamentary committee to investigate Boris Johnson, it may end up with his resignation